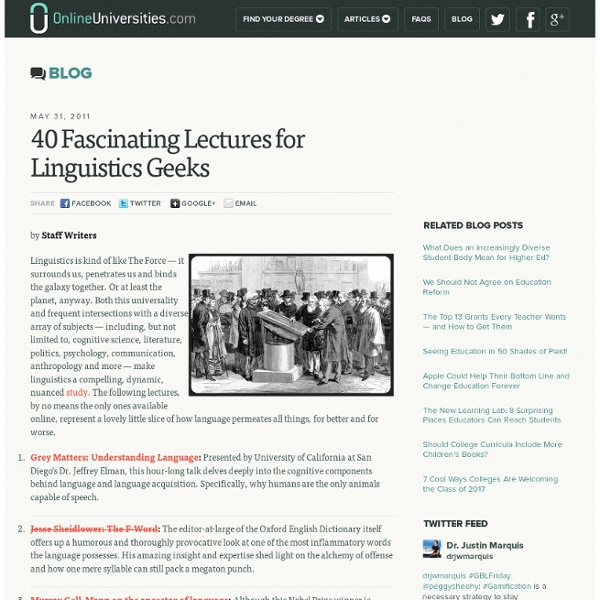 CLIL4teachers / FrontPage PLEASE NOTE: You can download resources from the wiki without requesting access. Please request access (see link on the right) if you would like to leave comments or upload your own materials. To be given access, you need to include a short message to explain your interest in CLIL. Thank you. Welcome to the website for teachers interested in Content and Language Integrated Learning CLIL4teachers is part of the Association for Language Learning's FLAME initiative to support cross-curricular approaches to language learning. News New page for methodology-related items There is now a new page for ideas and information about CLIL and other cross-curricular approaches to language learning. Our new English Language Page We have had a lot of interest from teachers in countries other than the UK, so it seems like a good time to create a page for resources that are in English. Resources from the Primary Languages Conference, November 2013 Evaluation of the Spanish Bilingual Education Project Do

International Baccalaureate - IB resources and links The following two articles give some interesting perspective on the debate that was conducted in the UK itslef as to whether the IB should replace the A-levels. Educationists have been arguing for and against the replacement of A-level exams in England with a version of the International Baccalaureate (IB). In a pamphlet published by the Social Market Foundation think tank, the School Standards Minister, David Miliband, argues that the system has suffered from a vocational route that is seen as weak, and a narrow, overly academic one. England's exams watchdog says A-levels and the International Baccalaureate (IB) are broadly comparable but have significant differences of approach. ITS Educational News - ITS blog which offers comment and discussion of educational issues that effect Hong Kong. A popular IB student blog. IB Student The aim of this website is to help students who are currently studying in the IB Diploma Program.

100 Open Courses to Learn Any New Language Learning a new language can be a great way to challenge your mind, meet people from different cultures and even add a valuable asset to your resume and hireability. While traditional courses can be great, there are a number of free courses on the web that can help teach you the basics of language learning and get you on the path to fluency without having to spend a fortune. Here are 100 resources we’ve found that will help you become multilingual in your choice of languages. French French is one of the most widely spoken languages in the world and an official language in countries on nearly every continent. French I: Take this course to learn things like French grammar, pronunciation and get an introduction to French culture. Spanish In a country with a large number of Spanish-speaking immigrants and natives, knowing the language can be a huge asset when it comes to giving you a leg up on getting a job or interacting with members of the local community. Italian Portuguese German English

Foreign Subtitles Improve Speech Perception Do you speak English as a second language well, but still have trouble understanding movies with unfamiliar accents, such as Brad Pitt's southern accent in Quentin Tarantino's Inglourious Basterds? In a new study, published in the open-access journal PLoS One, Holger Mitterer (Max Planck Institute for Psycholinguistics) and James McQueen (MPI and Radboud University Nijmegen) show how you can improve your second-language listening ability by watching the movie with subtitles -- as long as these subtitles are in the same language as the film. Subtitles in one's native language, the default in some European countries, may actually be counter-productive to learning to understand foreign speech. Mitterer and McQueen show that listeners can tune in to an unfamiliar regional accent in a foreign language. Listeners can use their knowledge about how words normally sound to adjust the way they perceive speech that is spoken in an unfamiliar way. These findings also have educational implications.

IB resources and links Collection of language courses Welcome to fsi-language-courses.org - the home for language courses developed by the Foreign Service Institute. These courses were developed by the United States government and are in the public domain. This site is dedicated to making these language courses freely available in an electronic format. This site is not affiliated in any way with any government entity; it is an independent, non-profit effort to foster the learning of worldwide languages. Courses here are made available through the private efforts of individuals who are donating their time and resources to provide quality materials for language learning. Website back up. April 13, 2013 The site has been down for two months to the day. On the bright side, there are now other sources for these materials: Please bookmark these sites as well. Catching Up January 16, 2011 The following texts have been posted over the months since this page's last update: Various Updates April 16, 2010 New Material January 29, 2010 November 12, 2009 New Text

Amondawa tribe lacks abstract idea of time, study says 20 May 2011Last updated at 02:04 By Jason Palmer Science and technology reporter, BBC News The Amondawa were first "discovered" by anthropologists in 1986 An Amazonian tribe has no abstract concept of time, say researchers. The Amondawa lacks the linguistic structures that relate time and space - as in our idea of, for example, "working through the night". The study, in Language and Cognition, shows that while the Amondawa recognise events occuring in time, it does not exist as a separate concept. The idea is a controversial one, and further study will bear out if it is also true among other Amazon languages. The Amondawa were first contacted by the outside world in 1986, and now researchers from the University of Portsmouth and the Federal University of Rondonia in Brazil have begun to analyse the idea of time as it appears in Amondawa language. "Amondawa people, like any other people, can talk about events and sequences of events," he told BBC News. But in Amondawa, no such constructs exist.

Integrating ICT into the MFL classroom: How to Learn a Foreign Language - Memory Techniques from MindTools © iStockphoto/topshotUK Systems Needed Using the Tools Foreign languages are the ideal subject area for the use of memory techniques. Learning vocabulary is often a matter of associating a meaningless collection of syllables with a word in your own language. Traditionally people have associated these words by repetition – by saying the word in their own language and the foreign language time and time and time and time again. 1. This is a simple extension of the link method . For example, in learning English/French vocabulary: English: rug/carpet – French: tapis – imagine an ornate oriental carpet with a tap as the central design woven in chrome thread. This technique was formalized by Dr. 2. This is a very elegant, effective mnemonic that fuses a sophisticated variant of the Roman Room system with the system described above. This depends on the fact that the basic vocabulary of a language relates to everyday things: things that you can usually find in a city, town or village. 3. Summary

Year 7 using The Hobbit article to describe people | One Year in Spanish By Britta Sue’s Yr 7 have been writing using The Hobbit article and thoroughly enjoying it too! The article is all about physical description, introducing body features and matching adjectives. There is a reading text and a gap fill activity where students complete model sentences of how to describe a person. They then answer questions on the reading material before building sentences with their personal information (download the article below the cut). Sue’s Yr 7 students have worked through the activities and then engaged in an extended writing activity. The fact that the film is only just being released makes it all the more fantastic for the students as it’s all new and exciting! Click on this link to download our ¿Qué Tal? How do you motivate students to go the extra mile when setting a writing task? Like this: Like Loading... Publishers of language learning magazines for teenager learners of Spanish, French, German and English.

German | Effective Language Learning German is among the most extensively spoken languages in the whole world. It is the official language of numerous countries, including Belgium, Switzerland, Austria and, obviously, Germany! Next to the English language, it is one of the main accepted languages in European Union. Interest in Studying the German Language If you have an interest in understanding German language for career motives, you have a number of options from which to choose. You may be placed in a profession which entails being able to understand German so that you are able to communicate with international business associates. Learning German For Travelling If you desire learning some German for travelling reasons, you may think about merging your learning knowledge and vacation by joining an immersion program. German Is Widely Spoken In Europe A lot of people in Europe converse in German as their native language. German Economy Learning German Is Good For Business German Existence Online Surpasses Others