2012 Event Horizon: (1) Prophecies and Science of a Golden Age, by David Wilcock 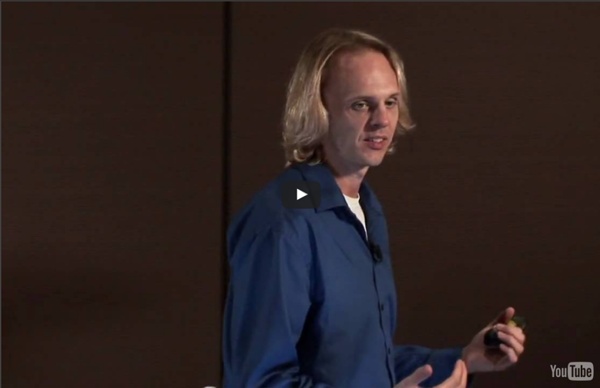 Project Avalon John Robbins: Why Meals For Health is important (VIDEO) Meals For Health is a 30-day intervention program where low-income people are taught to eat a healthy plant-based diet, and in the process lose weight and reverse serious chronic illnesses. In case you missed them, you can watch testimonials from some of the food bank participants who spoke at the Meals For Health benefit party. Click here to view participant testimonials first. During the same party, EarthSave founder John Robbins spoke about EarthSave's groundbreaking Meals For Health program, and the key to its success. To make a donation to EarthSave in order to support MEALS FOR HEALTH, click here. Philadelphia Experiment from A-Z You are visitor to this page Thanks for all the interest and comments, I am currently trying to respond to all letters received! To jump to a specific section of this page select below Last Updated: Wednesday, July 24, 2013 03:29:36 PM The following information and Images is ©1995~2008, Andrew H. I have been featured on some of the leading TV series, and specials; Philadelphia Experiment News July / 2013 Over the past 13+ years I have made under $30 in donations to keep it active, hosting of this website has cost over $90/year. Dec 30th, 2011 I may be doing a spot on "William Shatner's Weird or What" in the coming season... ".... Oct 20th, 2008 Scheduled for a On Camera Interview for the History Channel's "Science:Impossible" Aug 5th, 2008 Improving Content on the website, Videos, more files, I will be spending the next week working on the site, I have also added a special offer for people that donate to keep the site active. January 16th 2008 September 17th 2007 October 22, 1999 - Death of a Legend

Amazing! Scientists: Our DNA is Mutating As We Speak! We Are Developing 12 Strands! A microscopic image of human chromosomes. Little Alfie Clamp has an 'extra arm' on one of his, in what is believed to be a world first.His condition left Alfie unable to see until he was three months old and his muscles were so weak he could not roll over on his own. He still suffers serious digestive problems and needs a cocktail of drugs every day to help his body absorb vital nutrients. Since he was born, Alfie has been rushed to hospital six times - including twice just last month - when he stopped breathing. Mr Clamp said: 'The doctors told us there is nothing we could have done to prevent it. II. by Patricia Resch The content has been removed at the request of Patricia Resch. III. It is speculated that the human beings already had 12 DNA strands hundreds of thousands of years ago, but someone or something interfered in our evolution, downgrading us to only two. Migraine headaches - severe pain that is not relieved with pain killers. Occasional diarrhoea. Dizziness Ringing in the ears

The Network of Spiritual Progressives The 48 Laws of Power Background[edit] Greene initially formulated some of the ideas in The 48 Laws of Power while working as a writer in Hollywood and concluding that today's power elite shared similar traits with powerful figures throughout history.[5] In 1995, Greene worked as a writer at Fabrica, an art and media school, and met a book packager named Joost Elffers.[4][8] Greene pitched a book about power to Elffers and six months later, Elffers requested that Greene write a treatment.[4] Although Greene was unhappy in his current job, he was comfortable and saw the time needed to write a proper book proposal as too risky.[10] However, at the time Greene was rereading his favorite biography about Julius Caesar and took inspiration from Caesar's decision to cross the Rubicon River and fight Pompey, thus inciting the Great Roman Civil War.[10] Greene would follow Caesar's example and write the treatment, which later became The 48 Laws of Power.[10] He would note this as the turning point of his life.[10]

Cosmic Drama Queen Author: ET council seeded Homo sapiens as intelligent beings with 12-strand DNA Adam's Calendar - 280,000 year-old site of Annunaki intervention in human society, including DNA degradation (Michael Tellinger) by Alfred Lambremont Webre, JD, MEd In an exclusive interview of author Patricia Cori by Alfred Lambremont Webre released May 4, 2011, Ms. Cori states that a consortium of advanced intelligent upper-dimensional extraterrestrial and inter-dimensional civilizations originally developed Homo sapiens as an intelligent being with12-strand DNA, and a species that was to have been a guardian of the 3rd dimension of time-space in our dimensional ecology on Earth. View ExopoliticsTV interview with author Patricia Cori on Homo sapiens as ET consortium creation Readers can view the exclusive ExopoliticsTV interview with Patricia Cori in the video embedded in the article above or at the URL below. ET development of Homo sapiens twelve-stranded DNA Human Genome Project: Genetic code of ET life forms in human DNA Ms. According to Ms. According to Ms.

Welcome to the world's biggest party Hemp Other variants of the herb Cannabis sativa are widely used as a drug, commonly known as marijuana. These variants are typically low growing and have higher content of tetrahydrocannabinol (THC). The legality of Cannabis varies widely from country to country, and from state to state in the United States. In many countries regulatory limits for concentrations of psychoactive drug compounds, particularly THC, in hemp require the use of strains of the plant which are bred for low content.[1] Uses[edit] Hemp grown for milk animal fodder In modern times hemp is used for industrial purposes including paper, textiles, clothing, biodegradable plastics, construction (as with Hempcrete and insulation), body products, health food and bio-fuel. Food[edit] Hemp seeds Hemp seeds can be eaten raw, ground into a meal, sprouted, made into hemp milk (akin to soy milk), prepared as tea,[5] and used in baking. Market share[edit] Nutrition[edit] Japanese hemp seed seasoningSwiss hemp beer uses blossoms Storage[edit]