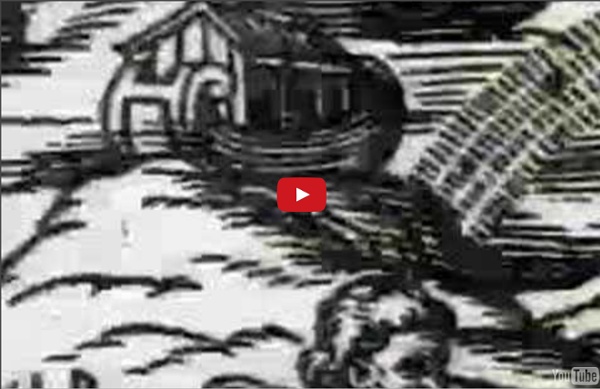 The 7 Most Badass Last Stands in the History of Battle "Let me not then die ingloriously and without a struggle, but let me first do some great thing that shall be told among men hereafter." - Hector of Troy, Iliad XXII, Lines 304-5 Throughout the course of history, certain individuals have stood out as being completely fucking awesome. Whether it's cleaving monsters' faces in half with a chainsaw bayonet in Horde Mode, defending a makeshift fortress from a sea of brain-devouring zombies or manning a machine gun nest against an unstoppable sea of charging soldiers; people have always been fascinated with badass stories of one man, by himself, taking on a endless waves of assailants, refusing to back down in the face of insurmountable odds, dying with his fingers still clutching his weapons and leaving behind a smoldering, heaping pile of severed limbs, carnage and dead enemies. Agis III of Sparta, 331 BC When Agis III succeeded his father as King of Sparta in 338 BC, Alexander the Great was off in Persia fighting Emperor Darius III. Tacitus.

Top 25 Most Ancient Historical Photographs For times immemorial, people have tried to reproduce their surroundings into pictures of their own. They have used techniques of paintings, carving and sculpturing and for years images have been projected onto surfaces. Photography is the result of combining several technical discoveries. Long before the first photographs were made, Chinese and Greek philosophers described a pinole camera. 1. Source: (Link) Earliest known, surviving heliographic engraving in existence, made by Nicéphore Niépce in 1825 by the heliography process. 2. Source: (Link) The first permanent photograph (later accidentally destroyed) was an image produced in 1822 by the French inventor Joseph Nicéphore Niépce. 3. Source: (Link) Boulevard du Temple, taken by Louis Daguerre in late 1838, was the first-ever photograph of a person. 4. Source: (Link) Robert Cornelius, self-portrait, Oct. or Nov. 1839, approximate quarter plate daguerreotype which is a procedure invented in 1839 using silver on a copper plate. 5. 6. 7.

Polish archaeologists in Sudan claim 'unique' human settlement discovery PR dla Zagranicy Nick Hodge 20.02.2013 14:32 Polish archaeologists working in Sudan have found remains of human settlements that appear to date back as far as 70,000 years. Photo: archeosudan.org If confirmed, the discovery in the Affad Basin of northern Sudan will challenge existing theories that our distant ancestors only began building permanent residences on leaving Africa and settling in Europe and Asia. “The Middle Palaeolithic discoveries in Affad are absolutely unique,” enthused Dr Marta Osypinska, one of the members of the team, in an interview with the Polish Press Agency (PAP). “Last season, we came across a few traces of a light wooden construction. The team will be cooperating at the site in the Nile Valley with academics from Oxford University, in a bid to further unravel the geological history of the area. More information on the project, which is funded by Poland's National Science Centre, can be found at web site archeosudan.org.

6 Famous Symbols That Don't Mean What You Think The entire point of using a symbol is that it conveys meaning and saves space -- you see one picture of a stick figure in a dress and you no longer need the phrase "This is the place where female humans can discharge waste." But what is fascinating is that sometimes the meaning of a symbol will get lost to history, but we'll just keep right on using it anyway. But would we do that if we knew ... Note: Did you know that Cracked used to be a magazine? Of course you didn't, none now live who remember that. But it's true -- that goofy little C you see at the top of your tab is a symbol that now means: "you are on the internet, reading comedy jokes, for free." #6. Kevin Jaako Apart from the cross, the most ubiquitous symbol of Christianity is the ichthys, known to us as the Jesus Fish, and today it appears predominantly in its natural habitat -- car bumpers. Getty"Seriously, guys? The Origin: It's a vagina. Jezebel / Wikipedia New Starbucks Haddockuccino, served in a vulva cup! GettyOr sex. #5.

Ancient Builders Created Monumental Structures that Altered Sound and Mind, Say Researchers Hal Saflieni Hypogeum on the island of Malta By Popular Archaeology The results of recent research suggests that ancient, or prehistoric, builders of the monumental structures found in such diverse places as Ireland, Malta, southern Turkey and Peru all have a peculiarly common characteristic — they may have been specially designed to conduct and manipulate sound to produce certain sensory effects. Beginning in 2008, a recent and ongoing study of the massive 6,000-year-old stone structure complex known as the Hal Saflieni Hypogeum on the island of Malta, for example, is producing some revelatory results. Like its related prehistoric temple structures on Malta, this structure features central corridors and curved chambers. Researchers at the University of Malta are confirming the findings in an ongoing study. Inside Malta’s Hal-Saflieni Hypogeum. But the Hypogeum is not alone in its peculiar sound effects. The site of Göbekli Tepe. So what does all of this mean? Article Sources

1000-year-old coins found in Northern Territory may rewrite Australian history | Space, Military and Medicine A find of 1000-year-old coins (not pictured) had led archaeologists to launch an expedition that may rewrite Australian history. Source: news.com.au REMEMBER when you were taught that Australia was discovered by James Cook in 1770 who promptly declared it "terra nullius" and claimed it for the British throne? Turns out that could be completely and utterly wrong. Five copper coins and a nearly 70-year-old map with an "X" might lead to a discovery that could rewrite Australia's history. Australian scientist Ian McIntosh, currently Professor of Anthropology at Indiana University in the US, is planning an expedition in July that has stirred up the archaeological community. The scientist wants to revisit the location where five coins were found in the Northern Territory in 1944 that have proven to be 1000 years old, opening up the possibility that seafarers from distant countries might have landed in Australia much earlier than what is currently believed. The coins proved to be 1000 years old.

Unexplained Mysteries of LOST LANDS Many western cultures have myths of lost lands, where once lived our great ancestors. Typical is Lyonesse, a fabled land once said to exist between Land’s End and the Scilly Isles, off the British coast. On this land stood the city of Lions and some 140 churches. Another such fable concerns Atland. Some lost lands are more modern, and said to be rationally theorised to have existed. In the 1870s, the idea was taken up by the likes of Huxley and Wallace, leading scientists of their day. A further lost land is Mu, which, according to former Bengal Lancer, Col James Churchward, existed in the Pacific Ocean. As we can see, most of these lost lands are quite fanciful, but share a similar psychology to other forms of lost worlds. Shambhala was immortalised in the western mind by the hit film, Lost Horizon, based in the fantastic and mystical lost world of Shangri-la. The kingdom itself is said to be shaped as an eight-petalled lotus blossom. Why is this the case? Liked it ?