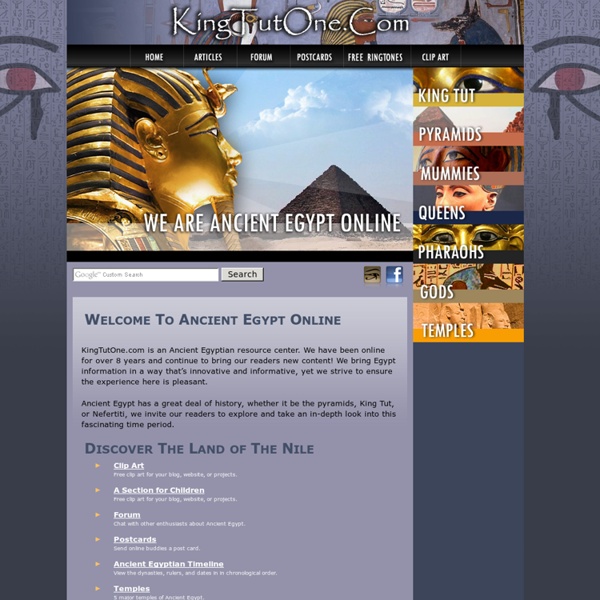 Solved! How Ancient Egyptians Moved Massive Pyramid Stones Researchers have traced how cells in our retina track objects that move across our field of vision, thanks in part to thousands of video gamers. The findings, published online Sunday by the journal Nature, validate a concept that explains how some nerve cells are stimulated only by motion in a specific direction and not in other directions. They also validate the use of video games, crowdsourcing and the other tools of citizen science for making rigorous scientific discoveries. "You no longer have to have a Ph.D. in neuroscience," said Amy Robinson, creative director for the EyeWire neuro-gaming venture, which contributed to the study. "You could be a high-school student, or a sculptor, a dental assistant or retiree. All you have to have is now is an Internet connection and an interest in gaming." More than 120,000 EyeWire gamers ("EyeWirers") from more than 100 countries have signed up to play online video games in which they trace 3-D representations of neural wiring. Mapping the retina

Egypt Pyramids Pharaohs Hieroglyphs - Mark Millmore's Ancient Egypt Ancient Egypt - Ancient History Under Ahmose I, the first king of the 18th dynasty, Egypt was once again reunited. During the 18th dynasty, Egypt restored its control over Nubia and began military campaigns in Palestine, clashing with other powers in the area such as the Mitannians and the Hittites. The country went on to establish the world’s first great empire, stretching from Nubia to the Euphrates River in Asia. The controversial Amenhotep IV (c. 1379-1362), of the late 18th dynasty, undertook a religious revolution, disbanding the priesthoods dedicated to Amon-Re (a combination of the local Theban god Amon and the sun god Re) and forcing the exclusive worship of another sun-god, Aton. All of the New Kingdom rulers (with the exception of Akhenaton) were laid to rest in deep, rock-cut tombs (not pyramids) in the Valley of the Kings, a burial site on the west bank of the Nile opposite Thebes.

King Tut Senebkay: Archaeologists Find ‘Lost’ Pharaoh of Ancient Egypt U.S. archaeologists digging at Abydos, Egypt say they have discovered the tomb of Woseribre-Senebkay, a previously unknown Egyptian pharaoh who ruled during the Second Intermediate Period, shortly before 1650 BC. The cartouche of a newly discovered pharaoh, Woseribre Senebkay, inside the king’s burial tomb. Image credit: Jennifer Wegner, Penn Museum. The excavations at Abydos during the 2013 season have yielded numerous finds including a royal tomb with a large sarcophagus weighing almost 60 tons. The tomb was uncovered close to the recently discovered tomb of Sobekhotep (1780 BC), the first king of 13th Dynasty. According to the archaeologists from the University of Pennsylvania, the sarcophagus, of red quartzite quarried and transported to Abydos from Gebel Ahmar, near Cairo, dates to ca. 1650 BC. Painted decoration in the burial chamber of the pharaoh Woseribre Senebkay. Close up of Penn Museum excavations of a recently discovered royal chamber at Abydos, Egypt, June 2013.

Explore Ancient Egypt Explore Ancient Egypt With 360-degree and other imagery, walk around the Sphinx, enter the Great Pyramid, visit tombs and temples, and more. Want to walk around the Sphinx? Clamber inside the Great Pyramid of Giza and seek out the pharaoh's burial chamber? Visit the magnificent tombs and temples of ancient Thebes? In this multi-layered, highly visual interactive, view 360° panoramas, "walkaround" photos, and other breathtaking imagery shot throughout the Giza Plateau and ancient Thebes (modern-day Luxor), often with special permission. View From Top You are now standing atop Khufuí­s Pyramid, 45 stories above the Giza Plateau. Other things to look for as you navigate around the summit are the Sphinx, Khufu's three Queens' Pyramids, greater Cairo, and—hard to miss—Khafre's Pyramid. Descending Passage Subterranean Chamber Do you see the small grated opening across the room from the entrance? Ascending Passage Okay, let's begin. Grand Gallery (Lower) "Queen's Chamber" Grand Gallery (Upper) Sphinx