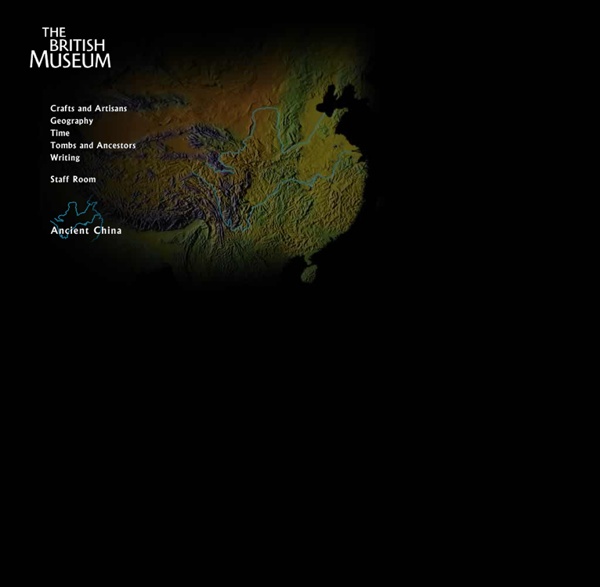 Top 10 greatest inventions of ancient China China's long history has seen many extremely important inventions emerge. Besides the four most famous inventions - papermaking, moveable-type printing, gunpowder and the compass, how many other creations do you know? China.org.cn has selected the top 10 greatest inventions in ancient China to help you learn more about Chinese history and culture. Alcohol MONGOLS CHINA AND THE SILK ROAD : Site of Kublai Khan's Yuan Dynasty imperial palace discovered in Beijing Chinese archaeologists believe they may have solved one of the great mysteries of antiquity in Beijing – the site of the imperial palace of the Yuan dynasty established by Kublai Khan in the 13th century. And while the Yuan palace was always believed to have been located near the present Forbidden City, experts from the Palace Museum now think it was under their feet, literally, in the centre of China’s most famous royal residence, Youth.cn reports. Announcing the rare found yesterday, the experts said they had uncovered the foundations of a royal residence seven centuries old at the bottom layer of an archaeological dig in the centre of the Forbidden City. The sprawling complex, built between 1406 and 1420, was the imperial palace of the Ming dynasty (1368–1644) and then the Qing dynasty until 1912. The exact site of the Yuan imperial palace had remained a mystery but was thought to be close to the Forbidden City.

china Power Point Presentations on China! Welcome! On this page you will find free powerpoints that you can use in your classroom about china. these powerpoints provide great visuals and can be modified to meet your needs. great for roots!;) History: Ancient China for Kids Back to History for Kids Ancient China was one of the oldest and longest lasting civilizations in the history of the world. The history of Ancient China can be traced back over 4,000 years. Located on the eastern part of the continent of Asia, today China is the largest country in the world. Great Wall of China by Mark Grant Thank You! - Sensible Chinese Please check your email for access to your free Chinese learning resource! Depending on whether you are totally new to the Sensible Chinese family or if you've signed up for something before you'll have one or two emails. One email is to confirm your address and say that it's OK for us to send you valuable Chinese learning material. You'll also receive Welcome emails with your free learning resources and gifts over the next few days so keep an eye out for them.

Ask Mr. Donn Q&A Ancient China Index The ancient Chinese created many things we use today, including paper, silk, gunpowder, the compass, the crossbow, printing, matches, wheelbarrows, the decimal system, waterwheels, the sundial, astronomy, porcelain, lacquer, pottery wheel, fireworks, paper money, seismograph, tangrams, medicines, dominoes, jump ropes, kites, tea ceremony, folding umbrellas, ink, calligraphy, animal harness, playing cards, the abacus, wallpaper, ice cream, and more! They worshipped many gods and goddesses and magical beings, and honored their ancestors every day. These are questions we created about Ancient China that we believe you might find on a homework assignment, a unit quiz or an exam. Test yourself. See if you remember the answer (or guess the answer), then click the "Show Answer" button under each question to see if you are right!

China Online Museum When war came in 1937, Wu moved with the school to the far west – first to Yunnan, then to Chongqing, the wartime capital, where Lin Fengmian, who had spent several years in France, fired his most gifted students with a longing to go there. Wu, Zhu and the equally gifted Zhao Wuji (Zao Wou-Ki) set about learning French, and in 1947 Wu traveled to Paris to study at the École Nationale Supérieure des Beaux-Arts on a government scholarship. A favorite student of Jean Souverbie, Wu Guanzhong has told of his admiration for Utrillo, Braque, Matisse, Gauguin, Cézanne and Picasso, and especially for Van Gogh, to whose grave he has made pilgrimage. After returning to China in 1950, Wu Guanzhong introduced aspects of Western art to his students at the Central Academy of Art in Beijing. The Academy was known to have been dominated by social realism and Wu was called “a fortress of bourgeois formalism”.

Ancient China banner - China’s Geography The Yellow (or Huang He) River5 and the Yangtze River6, the third longest in the world, were the most significant natural features in Ancient China. The Yellow River was to China what the Nile was to Egypt, and its basin provided some of the best agricultural land7. The Yangtze was vital for inland transportation, trade and many irrigation projects8. The Mother Huang He statue: 6 metres long, 2.6 metres high and weighing 40 tonnes

Dark (Heaven) and Yellow (Earth) Artist: Wang Dongling (Chinese, born 1945) Date: Culture: China Medium: Chinese Paper Cutting, Popular for Its Low Cost and Artistry Introduction Paper cuttings Paper cutting is one of the most popular decorative Chinese handicrafts. It is popular for its low cost and artistry. Rural women often make paper cuttings in their spare time when farming is not busy. Chinese Folk Papercut, How Make Chinese Papercut The History and the Heritage Ever since paper was invented in 105 A.D. by Ts’ai Lun, an official in the court of Ho Ti, emperor of Cathay, paper-cutting has been a folk art. Perhaps it flowered because paper became so inexpensive and universally available, so easily workable with ordinary tools, and so adaptable to manifold uses. Whatever the reason, it was the common folk who first learned to cut the paper, and then perpetuated these rich traditions.