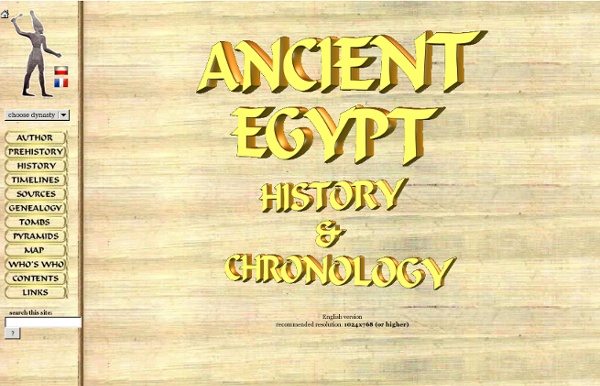 Ancient Egyptian scripts (hieroglyphs, hieratic and demotic) Origins of Egyptian Hieroglyphs The ancient Egyptians believed that writing was invented by the god Thoth and called their hieroglyphic script "mdju netjer" ("words of the gods"). The word hieroglyph comes from the Greek hieros (sacred) plus glypho (inscriptions) and was first used by Clement of Alexandria. The earliest known examples of writing in Egypt have been dated to 3,400 BC. The hieroglyphic script was used mainly for formal inscriptions on the walls of temples and tombs. After the Emperor Theodsius I ordered the closure of all pagan temples throughout the Roman empire in the late 4th century AD, knowledge of the hieroglyphic script was lost. decipher the script. Decipherment Many people have attempted to decipher the Egyptian scripts since the 5th century AD, when Horapollo provided explanations of nearly two hundred glyphs, some of which were correct. Notable features Used to write: Egyptian, an Afro-Asiatic language spoken in Egypt until about the 10th century AD. Determinatives

Ancient Egyptians used wet sand to drag massive pyramid stones, say scientists For years researchers have been trying to unravel the mystery behind the ancient Egyptian pyramids. Skip to next paragraph Subscribe Today to the Monitor Click Here for your FREE 30 DAYS ofThe Christian Science MonitorWeekly Digital Edition Apart from the great architecture, one question that long puzzled scientists is how Egyptians managed to move those colossal pyramid stones – some of which weigh several tons. Researchers now suggest that the stones were dragged over wet sand. Daniel Bonn, a professor of physics at The University of Amsterdam and a lead author of the paper, says that after he came across the painting, he carried out a laboratory experiment where he and his team build a smaller version of "the Egyptian sledge in a tray of sand" with weights ranging between 100 grams to a few kilograms. "When the sand was dry, a heap of sand formed in front of the sled, hindering its movement; a relatively high force was needed for the sled to reach a steady state. Dr.

Ancient Egypt The tomb of King Tutankhamun was found almost entirely intact in 1922. This headdress, placed over the mummified head of the deceased king in 1343 B.C.E., is made entirely of gold. Hieroglyphics, pyramids, mummies, the Sphinx of Giza, King Tut, and Cleopatra. The sands of the Nile River Valley hold many clues about one of the most mysterious, progressive, and artistic ancient civilizations. A great deal of evidence survives about how the ancient Egyptians lived, but questions remain. In De-Nile The Nile Valley was the seat of an ancient Egyptian civilization that spanned over 4,000 years. In 3,000 B.C.E., Egypt looked similar geographically to the way it looks today. The Nile is the longest river in the world; it flows northward for nearly 4,200 miles. Egyptians artisans smelted copper and gold for artistic, architectural, and even military purposes. Earlier in history, Neolithic (late Stone Age) people thrived in the Nile Valley. Pharaohs and the Legacy of Ancient Egypt Foundation to Demise

Solved! How Ancient Egyptians Moved Massive Pyramid Stones Researchers have traced how cells in our retina track objects that move across our field of vision, thanks in part to thousands of video gamers. The findings, published online Sunday by the journal Nature, validate a concept that explains how some nerve cells are stimulated only by motion in a specific direction and not in other directions. They also validate the use of video games, crowdsourcing and the other tools of citizen science for making rigorous scientific discoveries. "You no longer have to have a Ph.D. in neuroscience," said Amy Robinson, creative director for the EyeWire neuro-gaming venture, which contributed to the study. More than 120,000 EyeWire gamers ("EyeWirers") from more than 100 countries have signed up to play online video games in which they trace 3-D representations of neural wiring. The project to trace retinal neurons known as starburst amacrine cells was particularly challenging. Alex Norton / EyeWire / MIT Mapping the retina How our motion detector works EyeWire

Ancient Egypt Historical Setting THE ROOTS OF EGYPTIAN civilization go back more than 6,000 years to the beginning of settled life along the banks of the Nile River. The country has an unusual geographical and cultural unity that has given the Egyptian people a strong sense of identity and a pride in their heritage as descendants of humankind's earliest civilized community. Within the long sweep of Egyptian history, certain events or epochs have been crucial to the development of Egyptian society and culture. The ancient Egyptians were the first people of antiquity to believe in life after death. The Predynastic Period and the First and Second Dynasties, 6000-2686 B.C. During this period, when people first began to settle along the banks of the Nile (Nahr an Nil) and to evolve from hunters and gatherers to settled, subsistence agriculturalists, Egypt developed the written language, religion, and institutions that made it the world's first organized society. The pharaoh ruled by divine decree.

Ancient Egyptian Numbers Egyptian Numbers --- Introduction --- Addition --- Multiplication --- Fractions Enter a number from 1 to 9999999 to see how the Egyptians would have written it, or enter a number to count with. In the Arabic number system, we have ten digits (from 0-9) and we can make as big a number as we want with these. We use all ten digits to count to nine, then we combine them to make bigger numbers. So we never run out of numbers, as long as there is room to write them down. The ancient Egyptians didn't think this. The Egyptians even had this symbol for infinity, which is bigger than any number that's ever been written. The Egyptians would have needed a good number system to build the pyramids. © Jo Edkins 2006 - Return to Numbers index

Ancient Egypt Military Egypt’s defensive advantages were not enough to stop the conquering Hyskos, who invaded at the end of the Middle Kingdom. The Egyptians learned from their defeat and reinvented their army, ushering in a new age of military glory. The Egyptian lands of the Archaic Period, Old Kingdom and Middle Kingdom were not devoid of armies or enemies, however. Nomads raided from the desert; Libyans attacked the Nile delta; and the Nubians threatened the southern border. The Pharaohs responded with force. Fortresses and outposts were built and garrisoned to protect the Nile delta, eastern desert and the southern border. Pre-Dynastic Egyptian Military and Warfare (prior to 3100 BC) Man’s history in the lands of the Nile extends back to the dawn of mankind and is one of the possible locations where man first crossed the line from violence to warfare. The first possible prehistoric battle in the archaeological record is on the Nile near the border of Egypt and Sudan.

The Role of Women in Ancient Egypt An exception to most other ancient societies, Egyptian women achieved parity with Egyptian men. They enjoyed the same legal and economic rights, at least in theory, and this concept can be found in Egyptian art and contemporary manuscripts. The disparities between people's legal rights were based on differences in social class and not on gender. It is interesting that when the Greeks conquered Egypt in 332 B.C.E., Egyptian women were allowed more rights and privileges than Greek women, who were forced to live under the less equal Greek system. An Egyptian woman could acquire possessions in many ways. Marrige was a very important part af ancient Egyptian society. There was no age limit as to when people could be married, but generally a girl did not get married until she had begun to menstruate at about the age of 14. Divorce was a private matter, and for the most part, the government did not interfere, unless upon the request of the "divorcees".