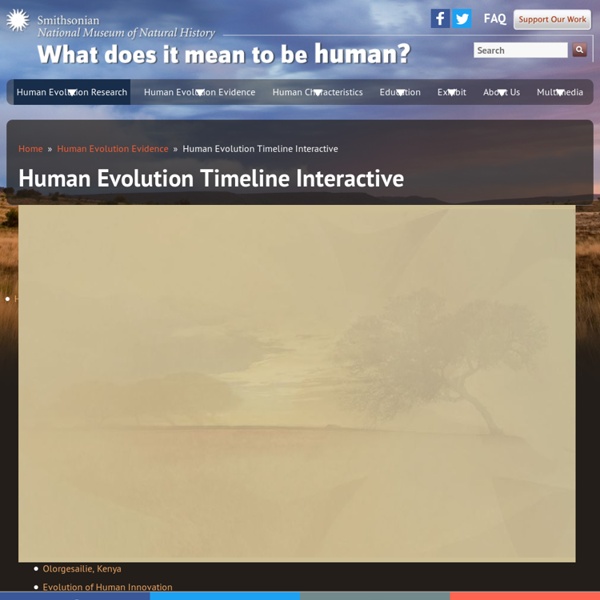 English Timeline This interactive timeline allows you to explore the evolution of English language and literature, from the 11th century to the present day. Scroll through decade by decade to investigate the richness and diversity of our poetry and prose, as well as the many social, cultural and political strands from which our language has been woven. The timeline includes a fascinating combination of texts: Anglo Saxon tales and medieval illuminations; iconic literary manuscripts and printed texts; as well as letters, newspapers, handbills, posters, charters, speeches and campaign leaflets. Launch the interactive Flash timeline above, or explore the collections within each of the centuries below. What does the pancreas do? - Emma Bryce So what does this internal health coach look like? To find out, take a look at the organ and see where it lives in the body. Its prime position close to the stomach allows it to help us digest our food, with the aid of the enzymes—amylase, protease, and lipase—present in the special pancreatic juice it makes.

How did life originate? How did life originate? Living things (even ancient organisms like bacteria) are enormously complex. However, all this complexity did not leap fully-formed from the primordial soup. A Visual Timeline of the Future Based on Famous Fiction by Maria Popova Proof that in the year 802701, the world will still exist. The past has a long history of imagining the future, and humanity has an equally long history of mapping time. Several months ago, I shared a link to a timeline of future events as predicted by famous novels. Italian information visualization designer Giorgia Lupi saw it on Twitter and was inspired to create an ambitious visual version for La Lettura, the Sunday literary supplement of Italian newspaper Corriere Della Sera, with her design team at Accurat.

Human Body Interactive Science IB PYP Unit of Inquiry Flippables, foldables, 3d models, experiments, research, trans-disciplinary…….all in the name of inquiry based science. This 90 page,6 week, IB PYP unit of inquiry is looking at the human body and how our organs and systems are interdependent, together with how we compare to the systems that give life to other organisms. I designed this with upper elementary and middle school ages in mind. Since I work with the International Baccalaureate, I have planned around the key concepts of form, function and connection. How We Are Evolving Thousands of years ago humans moved for the first time into the Tibetan plateau, a vast expanse of steppelands that towers some 14,000 feet above sea level. Although these trailblazers would have had the benefit of entering a new ecosystem free of competition with other people, the low oxygen levels at that altitude would have placed severe stresses on the body, resulting in chronic altitude sickness and high infant mortality. Earlier this year a flurry of genetic studies identified a gene variant that is common in Tibetans but rare in other populations.

Impact of lifestyle choices Niru Raghuram, homeroom teacher, EtonHouse International School, Singapore This article illustrates the impact of lifestyle choices on human body systems, health and survival through an inquiry into the transdisciplinary theme of “who we are”. We began our inquiries into the “who we are” unit by reading books and watching videos related to lifestyle choices for a healthy life. Evolution in Action: Lizard Moving From Eggs to Live Birth Evolution has been caught in the act, according to scientists who are decoding how a species of Australian lizard is abandoning egg-laying in favor of live birth. Along the warm coastal lowlands of New South Wales (map), the yellow-bellied three-toed skink lays eggs to reproduce. But individuals of the same species living in the state's higher, colder mountains are almost all giving birth to live young. Only two other modern reptiles—another skink species and a European lizard—use both types of reproduction. (Related: "Virgin Birth Expected at Christmas—By Komodo Dragon.") Evolutionary records shows that nearly a hundred reptile lineages have independently made the transition from egg-laying to live birth in the past, and today about 20 percent of all living snakes and lizards give birth to live young only.

List of timelines From Wikipedia, the free encyclopedia This is a list of timelines currently on Wikipedia. §Types[edit] §General timelines[edit] Ancient girl Amazon warrior no older than 13 is confirmed by modern scientific techniques ‘It was so stunning when we just opened the lid and I saw the face there, with that wart, looking so impressive.’ Pictures: Vladimir Semyonov, M.O. Mashezerskaya The 'stunning' discovery appears further confirmation of ancient Greek claims about female fighters known as Amazons among the Scythians of central Asia. In 1988 Dr Marina Kilunovskaya and Dr Vladimir Semyonov came across the partially mummified young warrior’s grave Saryg-Bulun in Siberia’s modern-day Tuva republic during an emergency excavation.

A Human Body Interactive Science IB PYP Unit of Inquiry by Susan Powers Flippables, foldables, 3d models, science experiments, research, transdisciplinary learning…….all in the name of inquiry based science. With over 170 pages, this 6 week, IB PYP unit of inquiry is looking at the human body and how our organs and systems are interdependent, together with how we compare to the systems that give life to other organisms. It is wholly differentiated with tasks marked A being more challenging than those marked B. It is suitable for grades 4-6. I have planned around the key concepts of form, function and connection.

Human Evolution 101 The discovery of Homo naledi, the newest branch on our family tree, has people talking about human evolution—and trying to remember some of the basics they’ve forgotten. Here are answers to a few common questions. Why are scientists certain that human evolution happened? For a number of reasons.