Shell-shocked: Anthony Loyd goes in search of the Vietnam War veterans photographed by Don McCullin. The Times, The Marine was swallowed by the night. 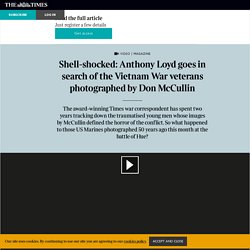 When he was found he was mute, though in his eyes lay a stare best unmet while dreaming: a gaze that was part trance, part fear, but mostly horror. The men who had located him recall that he neither blinked nor uttered a single word. His true name is lost and his fate has become a mystery. But you may know his face already, for a photograph of him remains his only known legacy.

Other than his photograph… These Photos of the Vietnam War Reveal Rarely-Seen Perspectives from the Other Side. A century of cities at war – in pictures.

The War on Terror

Mark Zuckerberg under pressure to explain why ‘napalm girl’ photograph from Vietnam War was censored on Facebook. Syria. When Photography Becomes a Weapon. Photography has been used in many ways throughout its history: as documentation, propaganda, keepsake, etc. 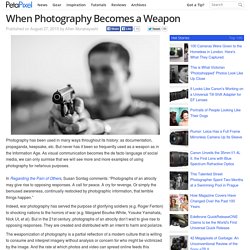 But never has it been so frequently used as a weapon as in the Information Age. As visual communication becomes the de facto language of social media, we can only surmise that we will see more and more examples of using photography for nefarious purposes. In Regarding the Pain of Others, Susan Sontag comments: “Photographs of an atrocity may give rise to opposing responses. A call for peace. The Death of Steven Sotloff - The New Yorker. In the final moments before an ISIS executioner beheaded the American journalist Steven Sotloff, the masked man offered up, in an English accent, a message to his viewers: “We take this opportunity to warn those governments that enter this evil alliance of America against the Islamic State to back off and leave our people alone.” 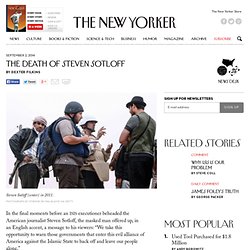 Beheading an American hostage—and a bound, kneeling one at that—hardly seems likely to keep the United States out of the Middle East. Indeed, ISIS leaders couldn’t have made the prospect of American airstrikes more likely if they had sent a video to President Obama begging him to drop more bombs. CongoWomen. Front page : SEBA KURTIS. The Delicate Handling of Images of War. But two recent front-page images in The Times, both related to the deadly crisis in Syria, were something far more powerful. 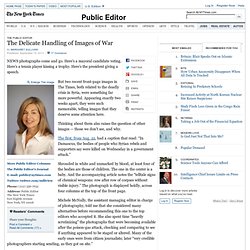 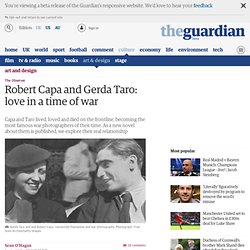 Eddie Adams. Tim Hetherington. Chaos and Killing in Syria: Photos of a Slow-Motion Civil War. In March 2011, Arab Spring–inspired protests kicked off in the impoverished Syrian agricultural town of Dara‘a. 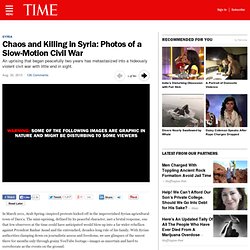 The mini-uprising, defined by its peaceful character, met a brutal response, one that few observers at the time could have anticipated would blow up into a far wider rebellion against President Bashar Assad and the entrenched, decades-long rule of his family. With Syrian authorities clamping down on journalistic access and freedoms, we saw glimpses of the unrest there for months only through grainy YouTube footage—images as uncertain and hard to corroborate as the events on the ground.

But roughly two years of violence has witnessed an all-out civil war, one that has perhaps irredeemably fissured the country along sectarian lines. The estimated death toll, according to the United Nations, is more than 70,000, though others claim it has surpassed 100,000. Afghanistan women's lives in exhibition at Newcastle. 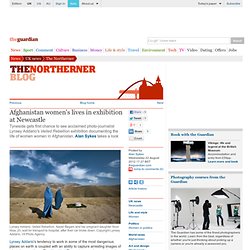 Nazer Begam and her pregnant daughter Noor Nisa, 20, wait for transport to hospital, after their car broke down. Copyright Lynsey Addario, VII Photo Agency Lynsey Addario's tendency to work in some of the most dangerous places on earth is coupled with an ability to capture arresting images of what she sees there. The New York Times photographer was born in Connecticut and started photographing for newspapers in 1996, having had no professional training. @VIIphoto agency, Ron Haviv and the world’s two largest arms producers.

‘If you make an honest picture of war, it will be an antiwar photograph. 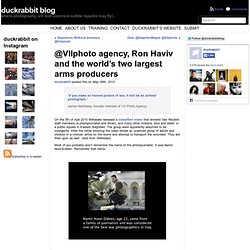 ‘James Nachtwey, founder member of VII Photo Agency. On the 5th of Apil 2010 Wikileaks released a classified video that showed ‘two Reuters staff members (a photojournalist and driver), and many other civilians, shot and killed in a public square in Eastern Baghdad. The group were apparently assumed to be insurgents. War/Photography by Geoff Dyer. War/Photography, on view from Nov. 11 to Feb. 3, is a magnificent, wide-ranging exhibition at the Museum of Fine Arts, Houston. 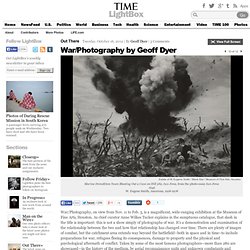 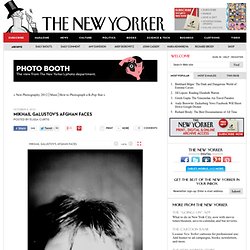 “Every family has been hurt by the war in one way or another, and I wanted to find a language of photography that would be different from what I had done before.” In this portrait series, which Galustov began in 2009, he tells the story of war through Afghan faces. Since he moved from his longtime base in Moscow to Kabul three years ago, Galustov’s work has focussed on NATO’s military intervention in Afghanistan, and on what might happen to the country as the international coalition draws down.

He isn’t surprised by recent reports that the U.S. has effectively abandoned what was once the cornerstone of American military strategy in Afghanistan—brokering a peace deal with the Taliban. “Afghans are very pessimistic about 2014,” he said. Which leaves many Afghans desperate to flee before the foreign troops leave. Show and tell: the highs and lows of life as a documentary photographer. Syria.