This Will Revolutionize Education 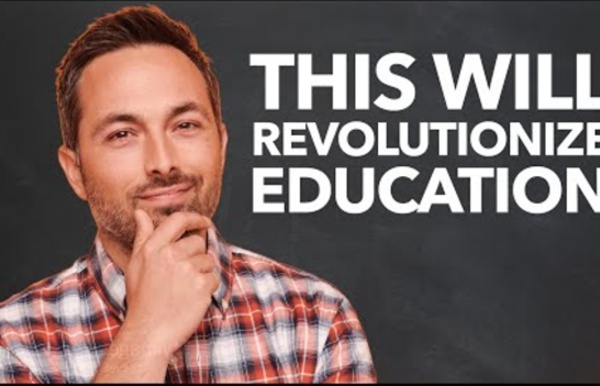 12 "myths" about education in Finland debunked The success of public schooling in Finland has been a huge topic of discussion in the education community over the past year. I’ve read a few good articles about it, including Why Are Finland’s Schools So Successful?, and was impressed with what I learned. A way to save education and build useful AI Today there was this quote from Mark Zuckerberg in Fast Company: "Most of the content 10 years ago was text, and then photos, and now it’s quickly becoming videos," Zuckerberg said, justifying Facebook's aggressive push into the area. "I just think that we’re going to be in a world a few years from now where the vast majority of the content that people consume online will be video." I suspect he is right about this, but he has not mentioned what may well be the most important use of those videos.

Are We MOOC'd Out? MOOCs (massive open online courses) have been around a few years. My company, Udemy, has been around since 2010. However, it wasn’t until 2012 that MOOCs became the so-called next big thing. Last November, The New York Times declared 2012 “The Year of the MOOC.” And with that pronouncement came a pronounced backlash. Well, maybe “backlash” is too strong a word, but there is no doubt that once the hype cycle reached its zenith late last year, the rising chorus of voices declaring they are over MOOCs seemed to just keep getting louder. 40 Maps That Will Help You Make Sense of the World If you’re a visual learner like myself, then you know maps, charts and infographics can really help bring data and information to life. Maps can make a point resonate with readers and this collection aims to do just that. Hopefully some of these maps will surprise you and you’ll learn something new.

NY Times : 2012 year of the MOOC That’s what everyone is trying to figure out. Many places offer MOOCs, and more will. But Coursera, Udacity and edX are defining the form as they develop their brands. Coursera casts itself as a “hub” — Dr. Study Finds Montessori Schools Level the Playing Field for Disadvantaged Kids Researchers and educators have identified early childhood as one of the most important developmental periods in a person’s life, setting in place patterns that can predict life outcomes. This is not surprising given the fact that the human brain goes through profound changes in the first six years, most of which appear to be permanent. In addition, economic analyses have shown that educational interventions aimed at preschool programs have the highest return on investment. Yet, there is little consensus on what kinds of programs should be widely implemented and have the most positive effects. A new longitudinal study from the University of Virginia has been published in the journal Frontiers in Psychology comparing the Montessori educational method to regular preschool education.

EXTRA - Experts Telling Relevant Advice The key component of an effective performance support system is a memory of expert knowledge and experience which enables the system to provide useful guidance to its users as they work to achieve their goals. People share their knowledge in many ways, most often by talking – and often in the form of stories that make a point, contain something worth remembering, or offer advice or knowledge relevant to future decisions. People know how to tell stories, and they naturally comprehend stories. The phenomenon is the same for descriptions of everyday human experiences and for much of the advice conveyed by experts. Our Experts Telling Relevant Advice (EXTRA) approach delivers context-specific expert advice and experience, typically in the form of short, well-told stories, when they are of value to a person solving a difficult problem.

Massive open online course Poster, entitled "MOOC, every letter is negotiable", exploring the meaning of the words "massive open online course" A massive open online course (MOOC /muːk/) is an online course aimed at unlimited participation and open access via the web.[1] In addition to traditional course materials, such as filmed lectures, readings, and problem sets, many MOOCs provide interactive courses with user forums to support community interactions among students, professors, and teaching assistants (TAs), as well as immediate feedback to quick quizzes and assignments. MOOCs are a recent and widely researched development in distance education, first introduced in 2006 and emerged as a popular mode of learning in 2012.[2][3] Early MOOCs often emphasized open-access features, such as open licensing of content, structure and learning goals, to promote the reuse and remixing of resources.

Some Gorgeously Surreal Places On Earth By Siddhesh Sonawdekar - Alchetron Are you a desperate vagabond ready to conquer the highest peaks and submerge into the deepest depths to steal the concealed secrets of the universe? Buck up! Today is a great time to plan the possible route of your next risky adventure! You might not believe your eyes, but the places we will show you really exist.