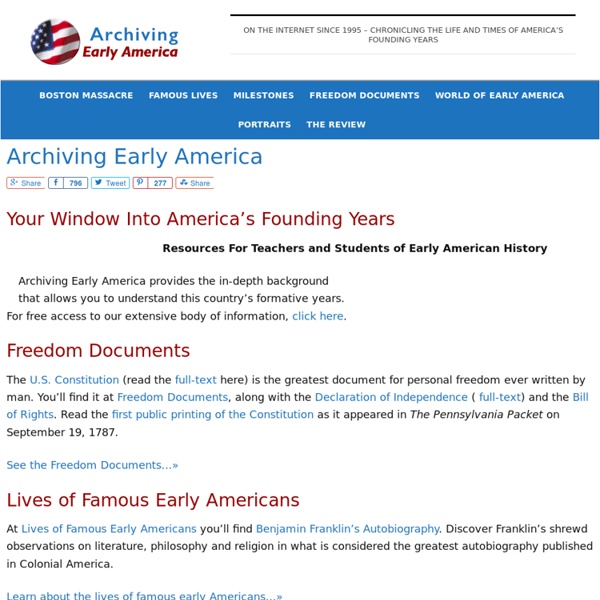 a Program of the National Park Service NEW! Arthurdale: A New Deal Community Experiment Explore Arthurdale, West Virginia, and discover a town founded during the Great Depression when First Lady Eleanor Roosevelt championed subsistence homestead communities for struggling Americans across the country. In this lesson, learn about the impoverished Appalachian mining town that Arthurdale's homesteaders left and the Progressive-era theories about communal work, school, and rural life they tested at their new home. A Brief History of Jim Crow “I can ride in first-class cars on the railroads and in the streets,” wrote journalist T. McCants Stewart. “I can stop in and drink a glass of soda and be more politely waited upon than in some parts of New England.” Perhaps Stewart’s comments don’t seem newsworthy. Consider that he was reporting from South Carolina in 1885 and he was black. Stewart had decided to tour the South because he feared for freedmen’s liberties.

The Civil War In Pictures, Part 1: The Places Last year marked the 150th anniversary of the start of the American Civil War, a milestone commemorated by The Atlantic in a special issue (now available online). Although photography was still in its infancy, war correspondents produced thousands of images, bringing the harsh realities of the frontlines to those on the home front in a new and visceral way. As brother fought brother and the nation's future grew uncertain, the public appetite for information was fed by these images from the trenches, rivers, farms, and cities that became fields of battle. Today's collection is part 1 of 3, covering the places of the Civil War: the battleships, prisons, hospitals, urban centers, and rural pastures where history was made. Tomorrow's installment features some of the people involved in the conflict, and on Friday I'll be sharing some of the amazing three-dimensional stereographs of the war.

Tutor2U Thursday, May 16, 2013 The opportunity for members to have an input into party proceedings might be considered to best identified by considering three main areas: 1. The election of leaders 2. The role of conference and policy making Making of America aking of America (MoA) is a digital library of primary sources in American social history from the antebellum period through reconstruction. The collection is particularly strong in the subject areas of education, psychology, American history, sociology, religion, and science and technology. The collection currently contains approximately 10,000 books and 50,000 journal articles with 19th century imprints. For more details about the project, see About MoA. Making of America is made possible by a grant from the Andrew W.

Silverites, Populists, and the Movement for Free Silver Gold bugs v. Silverites Political battles over currency issues became intensely divisive during the last quarter of the 19th century as industrialization accelerated in the Northeast, while the South and newly settled areas of the Midwest remained dependent on farming. Over the Top - A First World War Free Online Adventure Game Introduction Over the Top is an interactive adventure game that allows YOU to experience life in the trenches during the First World War. As a young Canadian soldier stationed somewhere along the Western Front in the late Fall of 1916, you will live through some of the excitement, despair, brutality and sheer horror of trench warfare. Over the Top is based on the real-life experiences of Canadians who lived and died in the trenches during the First World War. Part history and part adventure story, Over the Top is divided into sections.

Parable of the Polygons - a playable post on the shape of society This is a story of how harmless choices can make a harmful world. These little cuties are 50% Triangles, 50% Squares, and 100% slightly shapist. But only slightly! In fact, every polygon prefers being in a diverse crowd: You can only move them if they're unhappy with their immediate neighborhood. Once they're OK where they are, you can't move them until they're unhappy with their neighbors again. American Revolution History - American Revolution For more than a decade before the outbreak of the American Revolution in 1775, tensions had been building between colonists and the British authorities. Attempts by the British government to raise revenue by taxing the colonies (notably the Stamp Act of 1765, the Townshend Tariffs of 1767 and the Tea Act of 1773) met with heated protest among many colonists, who resented their lack of representation in Parliament and demanded the same rights as other British subjects. Colonial resistance led to violence in 1770, when British soldiers opened fire on a mob of colonists, killing five men in what was known as the Boston Massacre.

North Carolina History: A Digital Textbook - LEARN NC Primary sources, multimedia, readings, and lesson plans to tell the many stories of North Carolina's past. Replace your textbook — or enhance your teaching with selections. Get started Sampler An overview with samples of the kinds of readings, primary sources, and multimedia available. Educator’s Guides Video clips (teachersdomain) Not yet registered? Register now to download, share, and save resources. It's simple, safe, and free! Learn More You are now "Test Driving" Teachers' Domain