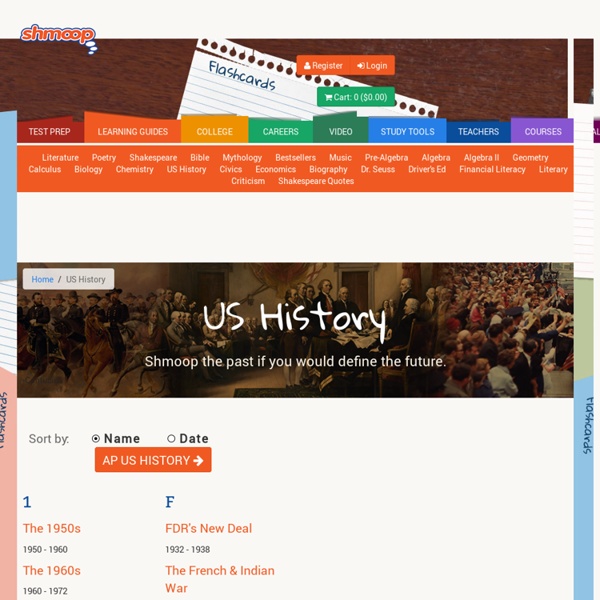 History of the United States When to date the start of the history of the United States is debated among historians. Older textbooks start with the arrival of Christopher Columbus in 1492 and emphasize the European background, or they start in 1600 and emphasize the American frontier. In recent decades American schools and universities typically have shifted back in time to include more on the colonial period and much more on the prehistory of the Native peoples.[1][2] Indigenous peoples lived in what is now the United States for thousands of years and developed complex cultures before European colonists began to arrive, mostly from England, after 1600. The Spanish had small settlements in Florida and the Southwest, and the French along the Mississippi River and the Gulf Coast. By the 1770s, thirteen British colonies contained two and a half million people along the Atlantic coast east of the Appalachian Mountains. Pre-Columbian era[edit] Colonial period[edit] Spanish, Dutch, and French colonization[edit] France Spain

American Dynasties Home | Archiving Early AmericaArchiving Early America | Your Window Into America's Founding Years! American History The Historical Marker Database American Slave Narratives From 1936 to 1938, over 2,300 former slaves from across the American South were interviewed by writers and journalists under the aegis of the Works Progress Administration. These former slaves, most born in the last years of the slave regime or during the Civil War, provided first-hand accounts of their experiences on plantations, in cities, and on small farms. Their narratives remain a peerless resource for understanding the lives of America's four million slaves. What makes the WPA narratives so rich is that they capture the very voices of American slavery, revealing the texture of life as it was experienced and remembered. Each narrative taken alone offers a fragmentary, microcosmic representation of slave life. Read together, they offer a sweeping composite view of slavery in North America, allowing us to explore some of the most compelling themes of nineteenth-century slavery, including labor, resistance and flight, family life, relations with masters, and religious belief.

Making of America aking of America (MoA) is a digital library of primary sources in American social history from the antebellum period through reconstruction. The collection is particularly strong in the subject areas of education, psychology, American history, sociology, religion, and science and technology. The collection currently contains approximately 10,000 books and 50,000 journal articles with 19th century imprints. For more details about the project, see About MoA. Making of America is made possible by a grant from the Andrew W. New Additions: We have recently added a new feature, subject browsing. 99 more volumes focusing on New York City were added to MoA in June 2007. Legends of America - Home Page

The Undocumented American History Central - Digital Encyclopedia of American History Parable of the Polygons - a playable post on the shape of society This is a story of how harmless choices can make a harmful world. These little cuties are 50% Triangles, 50% Squares, and 100% slightly shapist. But only slightly! In fact, every polygon prefers being in a diverse crowd: You can only move them if they're unhappy with their immediate neighborhood. Once they're OK where they are, you can't move them until they're unhappy with their neighbors again. “I wanna move if less than 1/3 of my neighbors are like me.” Harmless, right? drag & drop unhappy polygons until nobody is unhappy: (just move them to random empty spots. don't think too much about it.) And... our shape society becomes super segregated. Sometimes a neighborhood just becomes square, and it's not their fault if no triangles wanna stick around. In this next bit, unhappy shapes automatically move to random empty spots. run this simulation a few times. what happens? What's up with that? Small individual bias can lead to large collective bias. Equality is an unstable equilibrium. Woah.