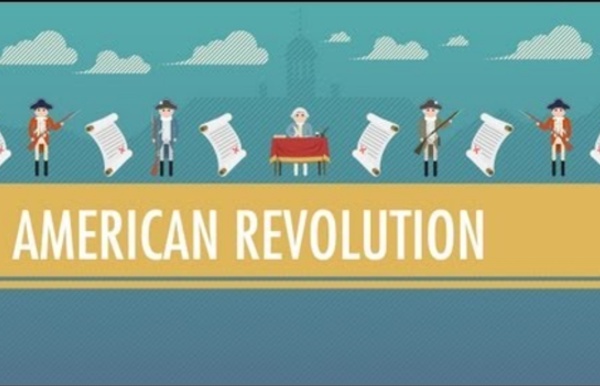 5 Whores Who Changed The Course of History For most of us, performing sexual favors in some dark alley for grocery money is about as low as life can get. But history is full of stories of prostitutes who parlayed their skills into positions of prestige and power. And some of them changed the world. Where: Jericho. When: 1400s B.C. How She Got Her Start? Rahab probably came from a middle-class family in Jericho. The cost of freedom, circa 1400 BC. By all accounts, she was good at it, too. What Made Her Great? Back in 1422 B.C., the Israelites were living on a barren tract of land appropriately named, Shittim. Better than Shittim. Joshua sent out two spies to scout out the defenses. Their sweaty reconnaissance was cut short, however, when the king of Jericho sent his men out to look for the two Jewish spies skulking around his city. That's right; believe what you want about the Bible, but it's right there in the Old Testament that the course of world history was turned by a hooker with a heart of gold. Athens. London, England.

Weapons of the American Revolution By the late 18th century, artillerymen were considered elite troops. In an age of widespread illiteracy, soldiers who could do the geometric calculations necessary to place a cannonball on target must have seemed almost as wizards. Indeed, even though for centuries it was known that the flight path of spears and arrows was parabolic, the fellow who demonstrated it mathematically, Galileo, came close to being burned by the Inquisition for his heretical ideas. Background The earliest european devices that we would recognize as artillery were called "bombards", an Old English word which is believed to derive from the Latin "bombus" or deep, loud noise. Given the technology of the age, giant cannons would have been prohibitively expensive, and couldn't possibly withstand the powder charge that would have been required. The earliest artillery pieces resembled the much caricatured witches' cauldron, except with much thicker sides and a small basin. GUNS (Cannons) Swivel gun. A bomb or shell.

Revolutionary War - American Revolution For more than a decade before the outbreak of the American Revolution in 1775, tensions had been building between colonists and the British authorities. Attempts by the British government to raise revenue by taxing the colonies (notably the Stamp Act of 1765, the Townshend Tariffs of 1767 and the Tea Act of 1773) met with heated protest among many colonists, who resented their lack of representation in Parliament and demanded the same rights as other British subjects. Colonial resistance led to violence in 1770, when British soldiers opened fire on a mob of colonists, killing five men in what was known as the Boston Massacre. After December 1773, when a band of Bostonians dressed as Mohawk Indians boarded British ships and dumped 342 chests of tea into Boston Harbor, an outraged Parliament passed a series of measures (known as the Intolerable, or Coercive Acts) designed to reassert imperial authority in Massachusetts.

Western Philosophy Key Figures from the Revolutionary War The Revolutionary War, otherwise known as the American Revolution, was a battle for independence fought between the United States (then the Continental Colonies) and Great Britain that spanned the years of 1775 to 1783. The conflict was the result of mounting tension between the colonists and the colonial government, which was an extension of the British crown’s authority. Throughout the war, a number of individuals played essential roles for their respective parties, with the following individuals standing out for their bravery, intelligence, and leadership. Ethan Allen Born in 1738, Ethan Allen was credited with commanding the Green Mountain Boys in the victory at Fort Ticonderoga, a battle which later became known as the United States’ first success during the Revolutionary War. Benedict Arnold Before defecting to the British army, Benedict Arnold had a humble upbringing in which he began serving in the militia at an early age. Yet as Arnold’s success grew, so did his pride. Learn More

Boston Tea Party The Boston Tea Party was a political protest that occurred on December 16, 1773, at Griffin’s Wharf in Boston, Massachusetts. American colonists, frustrated and angry at Britain for imposing “taxation without representation,” dumped 342 chests of tea, imported by the British East India Company into the harbor. The event was the first major act of defiance to British rule over the colonists. It showed Great Britain that Americans wouldn’t take taxation and tyranny sitting down, and rallied American patriots across the 13 colonies to fight for independence. Why Did the Boston Tea Party Happen? In the 1760s, Britain was deep in debt, so British Parliament imposed a series of taxes on American colonists to help pay those debts. The Stamp Act of 1765 taxed colonists on virtually every piece of printed paper they used, from playing cards and business licenses to newspapers and legal documents. READ MORE: 7 Events That Enraged Colonists and Led to the American Revolution Tea Act Imposed Sources

5 Nazi Plans That Prove They Were Dumber Than You Think Other websites like to tiptoe around the issue, but we've never hesitated to come out and just say it: The Nazis were bad. And the thing is, the Nazis weren't strictly about tearing Europe down brick by brick and the Holocaust. They actually had tons of other horrible and, quite frankly, stupid ideas. Not all of them were brought to fruition, fortunately, but at one time or another, Hitler was all about ... #5. Operation Pope Kill Fun fact about Hitler: In the 1930s, he ordered Catholic schools to replace their classroom crucifixes with pictures of him. GettyOn one hand, militarism is terrifying. Step one in that plan: Seize the Vatican. The Stupidity: By 1943, Pope Pius XII began making vague yet public condemnations of Nazi human rights abuses, and Hitler started making vague threats of killing him for it. Getty"Once I have that hat, the armies of the Reich will be unstoppable!" OK, but that's just occupying the Vatican, kidnapping the Pope and stealing some art, right? #4. #3.

American Revolution Main Index Page Explorations and Early Colonial Era Beginnings to 1700 The English Colonial Era 1700 to 1763 Prelude to the American Revolution 1763 to 1775 The American War for Independence 1775 to 1776 Conflict and Revolution The Declaration of Independence 1777 to 1783 An Unlikely Victory A New Nation is Born 1784 to 1790 Other U.S. History Topics at The History Place George Washington - Picture Gallery with drawings and engravings. Abraham Lincoln - Timeline, Photos, Speeches. American Civil War - Timeline with Quotes and Photos. [ The History Place Main Page | The Rise of Adolf Hitler | The Triumph of Hitler | Defeat of Hitler | Timeline of World War II in Europe | Holocaust Timeline | Irish Potato Famine | Photo of the Week | This Month in History | Books on Hitler's Germany | History Videos | Hollywood's Best History Movies | Advertise | Send Feedback ] Copyright © 1998 The History Place™ All Rights Reserved