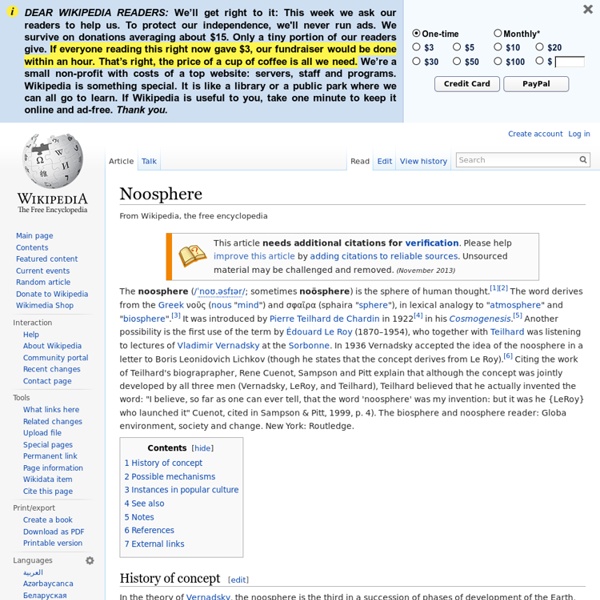 Q&A: NGOs Must Play Key Role in Rio+20 Summit on Sustainable Development UNITED NATIONS, Aug 26, 2011 (IPS) - As the United Nations readies for a major international conference on sustainable development next June in Brazil, non-governmental organisations (NGOs) are preparing to play a key role in the run-up to the summit meeting and are preparing a plan of action to be adopted by world leaders. The Rio+20 conference will take place 20 years after the historic Earth Summit in Brazil in June 1992. Asked about the importance of NGO contributions, Michael G. Renner, senior researcher at the Worldwatch Institute told IPS, "I think the answer is still outstanding. He said NGOs need to make sure that the conference is not seen as disconnected from people’s daily concerns. A series of NGO meetings are scheduled to take place in the coming months, including one sponsored by the U.N.’s Department of Public Information in Bonn, Germany, Sep. 3-5. They also need to ensure that the conference is not an isolated event. Excerpts from the interview follow: Q: The U.N.

Crowd psychology Crowd psychology, also known as mob psychology, is a branch of social psychology. Social psychologists have developed several theories for explaining the ways in which the psychology of the crowd differs from and interacts with that of the individuals within it. Major theorists in crowd psychology include Gustave Le Bon, Gabriel Tarde, Sigmund Freud and Steve Reicher. This field relates to the behaviors and thought processes of both the individual crowd members and the crowd as an entity.[1] Crowd behavior is heavily influenced by the loss of responsibility of the individual and the impression of universality of behavior, both of which increase with the size of the crowd.[2][3] Origins[edit] The psychological study of crowd phenomena began in the decades just prior to 1900 as European culture was imbued with thoughts of the fin de siècle. The first debate in crowd psychology began in Rome at the first International Congress of Criminal Anthropology on 16 November 1885. See also[edit]

Law of Complexity/Consciousness The Law of Complexity/Consciousness is the postulated tendency of matter to become more complex over time and at the same time to become more conscious. The law was first formulated by Jesuit priest and paleontologist Pierre Teilhard de Chardin. Teilhard holds that at all times and everywhere, matter is endeavoring to complexify upon itself, as observed in the evolutionary history of the Earth. For Teilhard, the Law of Complexity/Consciousness continues to run today in the form of the socialization of mankind. Teilhard imagines a critical threshold, the Omega Point, in which mankind will have reached its highest point of complexification (socialization) and thus its highest point of consciousness. Quotes[edit] "The more complex a being is, so our Scale of Complexity tells us, the more it is centered upon itself and therefore the more aware does it become. See also[edit]

IBON on SDGs: We need alternative development vision after 2015 | RIGHTS FOR SUSTAINABILITY INITIATIVE Paul Quintos of IBON International speaks at a Rio+20 side event. Photo courtesy of IISD RIO DE JANEIRO, June 15, 2012 — Rights for Sustainability (R4S) delegate and IBON International program manager Paul Quintos at a Rio+20 side event put forward the case for a transformative development agenda to replace the Millennium Development Goals (MDGs). Quintos appeared alongside speakers from the United Nations Development Program (UNDP), the International Trade Union Confederation (ITUC), Global Policy Forum Europe, and the United Nations Non-Government Liaison Service (UN-NGLS) at the event, which was organized by IBON International and the UN-NGLS. The event focused on the potential of “Sustainable Development Goals” (SDGs), an idea first tabled by Colombia and being debated at Rio+20. It is believed that SDGs could be the framework to replace MDGs when they expire in 2015.

Collective consciousness Collective conscious or collective conscience (French: conscience collective) is the set of shared beliefs, ideas and moral attitudes which operate as a unifying force within society.[1] The term was introduced by the French sociologist Émile Durkheim in his Division of Labour in Society in 1893. The French word conscience can be translated into English as "conscious" or "conscience" (conscience morale), or even "perception"[2] or "awareness", and commentators and translators of Durkheim disagree on which is most appropriate, or whether the translation should depend on the context. Some prefer to treat the word 'conscience' as an untranslatable foreign word or technical term, without its normal English meaning.[3] In general, it does not refer to the specifically moral conscience, but to a shared understanding of social norms.[4] Collective consciousness in Durkheimian social theory[edit] Other uses of the term[edit] See also[edit] Notes[edit] References[edit] Works by Durkheim Works by others

Omega Point The Omega Point is the purported maximum level of complexity and consciousness towards which some theorize the universe is evolving. The term was coined by the French Jesuit Pierre Teilhard de Chardin (1881–1955). According to Teilhard the universe is constantly evolving towards higher levels of material complexity and consciousness, a hypothesis that Teilhard called the Law of Complexity/Consciousness. Teilhard argued that the Omega Point resembles the Christian Logos, namely Christ, who draws all things into himself, who in the words of the Nicene Creed, is "God from God", "Light from Light", "True God from true God," and "through him all things were made." The idea is developed in later writings, such as those of John Godolphin Bennett (1965), John David Garcia (1971), Paolo Soleri (1981), Frank Tipler (1994), and Ray Kurzweil, as well as in science fiction literature. Five attributes[edit] Related concepts[edit] Bennett and the Hyparchic Future[edit] Tipler[edit] See also[edit]