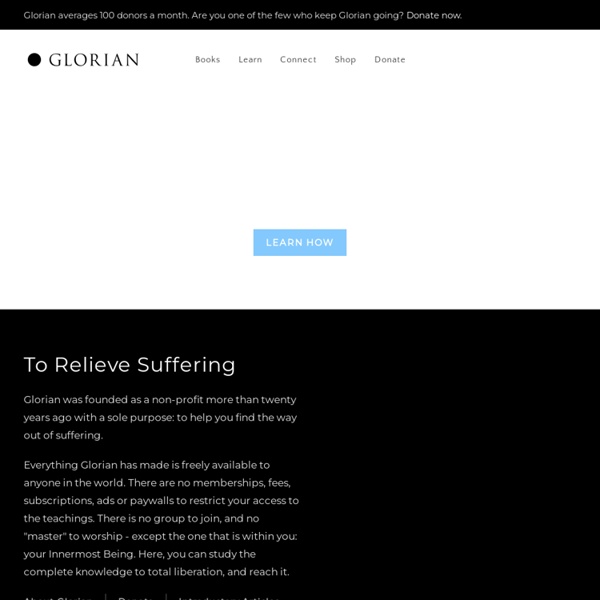 Gnostic Society Library Almost all of the several dozen internet sites with collections of texts similar to our own obtained their material by directly or indirectly copying some files present at the Gnosis Archive. Ours was perhaps the first major collection of such texts to appear on "the web" in 1994, and thus has served as a source for others creating "their own" collections. Unfortunately transcription errors, typos, and primitive HTML formatting were present in the massive amount of material added to the Gnosis Archive in our first years; in a repeated process of "copying" they have been very widely propagated around the internet. Over nearly two decades we have made many corrections to these texts. It appears that few of the sites copying material from this collection have taken the time to read, edit and correct the texts! This is of course exactly how the manuscript tradition has propagated errors in the past centuries, though with vastly different technologies of reproduction.

Mind control through emotional domination: How we're all being manipulated by the "crisis of the NOW" by Mike AdamsNatural News What you're about to read here is a revealing look at the psychological mechanism presently being used by government and media to achieve near-absolute control over the population. I'm calling the concept the "crisis of the NOW," and understanding this is a lot like taking the RED pill. A complete version of The Gospel of Mary Magdalene - National Gnosticism & Heretical Spirituality Mary Magdalene has perennially intrigued western culture, yet her interest has peaked in the last generation because of the parallel interest in the Gnostic Gospels. No longer just a redeemed sinner or sensuous projection for artists, Gnosticism revealed a Mary Magdalene who was a spiritual visionary, a religious leader, and perhaps the main disciple of the risen Christ. In the Nag Hammadi library’s Dialogue with of Savior, she is proclaimed as “the woman who understood The All.” The most popular narration of Mary Magdalene today is the Gospel of Mary (even though its discovery is well over a century old). In this scripture, Mary shares in a mystic vision with Jesus concerning the infinite domains. She moreover comforts and leads the other apostles, although not without conflict.

Magickal Athenaeum - WikiPagan The Magical Athenaeum is the largest collection of magickal PDF books on the internet, with several hundred files. The resource is maintained by Asiya's Shadows. Books are in the Adobe Portable Document Format (PDF) and may be viewed and printed using Adobe Reader. Magical Athenaeum The Gnostic World View: A Brief Summary of Gnosticism Gnosis Archive | Library | Bookstore | Index | Web Lectures | Ecclesia Gnostica | Gnostic Society GNOSTICISM IS THE TEACHING based on Gnosis, the knowledge of transcendence arrived at by way of interior, intuitive means. Although Gnosticism thus rests on personal religious experience, it is a mistake to assume all such experience results in Gnostic recognitions. It is nearer the truth to say that Gnosticism expresses a specific religious experience, an experience that does not lend itself to the language of theology or philosophy, but which is instead closely affinitized to, and expresses itself through, the medium of myth. Indeed, one finds that most Gnostic scriptures take the forms of myths. The term “myth” should not here be taken to mean “stories that are not true”, but rather, that the truths embodied in these myths are of a different order from the dogmas of theology or the statements of philosophy.