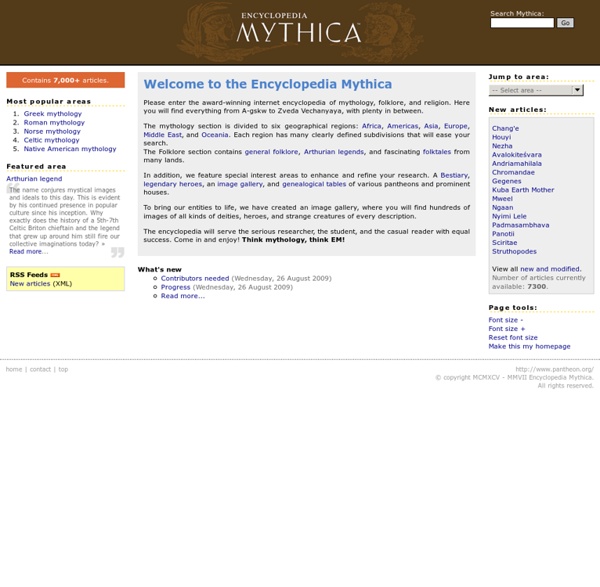 Encyclopedia of Myths What's The Harm? Hi reader in Canada, it seems you use Wikipedia a lot; I think that's great and hope you find it useful. It's a little awkward to ask, but this Sunday we need your help. We depend on donations averaging $15, but fewer than 1% of readers choose to give. Maybe later Thank you! Close What's The Harm? Content[edit] As an answer to the question “What’s the harm?” Reception[edit] Skeptics Society Executive Director Michael Shermer has said of the site, "I think it's excellent. Penn Jillette called it "an amazingly great website" in his video blog Penn Says. The site has also been cited as a useful resource in mainstream media articles about alternative medicine, pseudoscience and the paranormal.[7][8] Criticism[edit] Others have criticized the site. History[edit] In a talk at Skeptics in the Pub in Boston on the site's origins,[9] Farley has said that after hearing Penn Jillette talk about The Amaz! References[edit]

The Chaining of Saturn/Sol « Author Elva Thompson In the beginning was the Golden Age, when men of their own accord, without threat of punishment, without laws, maintained good faith and did what was right….The earth itself, without compulsion, untouched by the hoe, unfurrowed by any share, produced all things spontaneously….it was a season of everlasting spring. Ovid in the sixth book of his Metamorphoses. The Golden Age of Sol/Saturn Saturn/Sol In antiquity Saturn was our sun… and we lived in Paradise, the Golden Age of Man. Hesiod tells of a golden race of immortal men who lived in the time of Kronos when he was reigning in heaven. ‘And they lived like gods without sorrow of heart, remote and free from toil: miserable age rested not on them . . . David Talbott in the Saturn Myth, p.329 writes: ‘Ancient races the world over record that there was once a Golden Age, a kingdom of cosmic harmony ruled by a central light god. What happened to Saturn? From a God to a Devil As above, so below. Pan To hell in a hand basket. Eve’s apple The Farm

Logical Fallacies: The Fallacy Files 5 Ancient Legends About the Secret of Immortality Chasing down the ancient world’s alchemical obsession with obtaining the Philospher’s Stone: the secret of immortality Mortality has tormented our consciousness since the first human witnessed death and realized his or her own eventual demise. The inevitability of death and speculation upon the nature of afterlife has always been an object of obsession for mystics and philosophers. For many cultures, mortality is one of the major qualities that separates humanity from the Gods. In mythologies around the world, humans who achieve immortality are often regarded as gods, or as possessing god-like qualities. Lingzhi Mushroom (Via Wikimedia Commons) 1. Chinese alchemists spent centuries formulating elixirs of life. As early as 475 BCE, Chinese texts reference the Mushroom of Immortality, a key ingredient in the elixir of life. Amanita Muscaria (via) 2. According to the Rigveda, a collection of ancient Vedic hymns that are a cornerstone of Hinduism, Amrita is a drink that bestows immortality.

Tales - Norse Mythology for Smart People The body of stories that we today call “Norse mythology” formed one of the centerpieces of the pagan Norse religion. These are the tales that Viking poets recited in dimly lit halls to the captivated attendees of grand feasts, and which fathers and mothers told to their children around roaring hearth-fires on long winter nights. They are epic myths of war, magic, love, betrayal, triumph, and ruin. Not only did they provide deep wells of religious meaning for the Vikings; they also speak to much that is timeless and universal in the human condition, and so continue to provide modern audiences from around the world with wonder, entertainment, and even spiritual nourishment for some. Since the pre-Christian Norse never wrote down their myths – theirs was an almost exclusively oral culture – the primary sources upon which our current knowledge of Norse mythology rests were all written while the Norse were converting to Christianity, or generations thereafter.

Ancient Advanced Civilizations | Ancient Explorers EmailShare 2636EmailShare According to various esoteric sources, the first civilization arose 78,000 years ago on the giant continent known as Mu or Lemuria and lasted for an astonishing 52,000 years. It is sometimes said to have been destroyed in earthquakes generated by a pole shift which occurred some 26,000 years ago, or at approximately 24,000 B.C. While Mu did not reach as high a technology, supposedly, as other later civilizations, it is, nevertheless, said to have attained some advanced technology, particularly in the building of long-lasting megalithic buildings that were able to withstand earthquakes. Supposedly, there was one language and one government. It is said that when the continent of Mu sank, the oceans of the world lowered drastically as water rushed into the newly formed Pacific Basin. Atlantis is believed to have taken technology to very advanced stages, well beyond what exists on our planet today.

The Lost Treasure of Oak Island and the Centuries-Old Quest to Find It From a distance, Oak Island, located on the south shore of Nova Scotia, Canada, appears to be just another island. Located approximately 200 feet from the shore, the tree-covered island rises to no more than 36 feet (11 meters) above sea level, and covers an area of no more than 140 acres. However, this tiny island is home to one of the biggest treasure hunts in history. Many have been drawn to the island in the quest to uncover its supposed hidden riches, and a handful of people have lost their lives doing so, but to this day, no treasure has ever been recovered from Oak Island. Map showing location of Oak Island, Nova Scotia (Wikimedia Commons) The Oak Island treasure hunt began in 1795, when 18-year old Daniel McGinnis saw lights coming from the island. Digs and Buildings, Oak Island, Nova Scotia, Canada, August 1931. Reports of the boys’ efforts were published in several printed works. The ‘Money Pit’ on Oak Island in 1947 (public domain) In 1849, another excavation was attempted.

THE AGES OF URAS - Page AG3 First Inhabitants As we have seen, when the Ušumgal and their Anunna, Mušgir, and Mìmínu (see Races) came sweeping down to the Earth, it was not as though there was no one to greet them. Our planet already had a history and had its occupants. As a matter of fact, Uraš (Earth) had been colonized for a very long time before that awful moment. The Namlú'u had been created here, and under their guidance the Kingú and the Ama'argi Amašutum had been developing a number of primates who were by that time well established (Project Kingú). Mamitu-Nammu and the Ama'argi had been very actively developing a variety of life forms here ("Project Elohim"). The Two Ádamic Lines graphic farther down this page begins at a point in time 200,000 years prior to the arrival, and provides at least a glimpse of the two aforementioned "projects". A couple of points about the diagram: The entire lower grouping is a subfamily that should be seen as nested within the family Hominidae. What do we see?