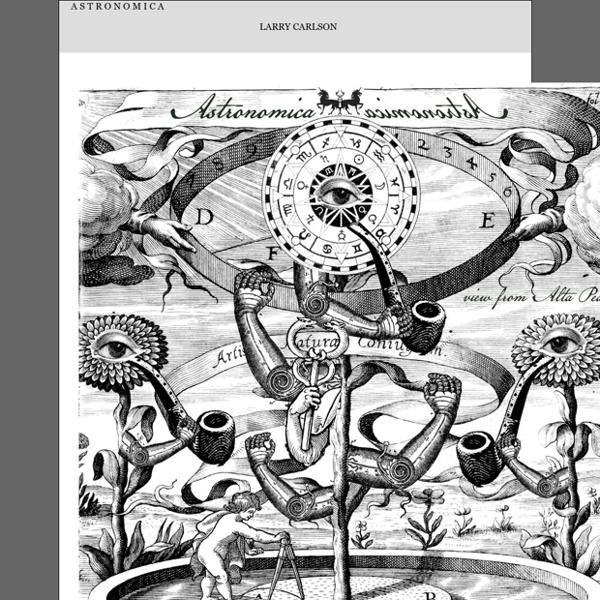 Unicorn Being a Jerk | SadAndUseless.com “Unicorn Being a Jerk” is an amazing book written and illustrated by C. W. Moss. It can be purchased here. Here are my favorite moments from this book: Ignoring a homeless person asking for money. Destroying a sandcastle. Trying to peek at breast-feeding women’s nipple. Sacrificing his one and only son to higher power. Burning ants with magnifying glass. Hoping his son isn’t gay. Tearing out the last page of a library book. Raping America and its citizens for personal fiscal gain by creating fake market wealth in the stock exchange, real estate market, and currency trade – then expecting the people of America to bail him out. Pushing the close button. Writing a Wikipedia page about himself. Feeding pigs bacon.

Mike Worrall Artist Click on a year to view more images from that year 70 Billion Pixels Budapest - The largest photo on Earth - created by 360world.eu The Mythology of the Constellations Most ancient cultures saw pictures in the stars of the night sky. The earliest known efforts to catalogue the stars date to cuneiform texts and artifacts dating back roughly 6000 years. These remnants, found in the valley of the Euphrates River, suggest that the ancients observing the heavens saw the lion, the bull, and the scorpion in the stars. The constellations as we know them today are undoubtedly very different from those first few--our night sky is a compendium of images from a number of different societies, both ancient and modern. The earliest references to the mythological significance of the Greek constellations may be found in the works of Homer, which probably date to the 7th century B.C. At the time of Homer, however, most of the constellations were not associated with any particular myth, hero, or god. The Major Constellations: Mythology, of course, influenced the naming of many objects in the night sky, not just the constellations. Works Cited and Consulted

What Daily Meditation Can Do for Your Creativity :: Tips :: The If you depend on your creativity for your living, then your most valuable piece of equipment is not your computer, smartphone, camera, or any other hi-tech gadget. “In a modern company 70 to 80 percent of what people do is now done by way of their intellects. The critical means of production is small, gray, and weighs around 1.3 kilograms. It is the human brain.”*So what are you doing to maintain this precious resource? You probably give it plenty of stimulation – books, movies, music, nights out, interesting conversations with offbeat people. But I’m not talking about stimulation, quite the reverse. What works for me is daily meditation. Qualities such as focus, calmness, clarity, and insight are as important to your creative process as glamour and stimulation. I received my initial instruction in meditation from Buddhist monks. The Benefits of Meditation Practice for Creatives It’s important to note that there’s a lot more to meditation practice than simply “boosting your creativity.”

Coolest. Stage. Ever | Nov 29, 2010 Nov 29, 2010 Check out this incredible floating stage on Lake Constance in Bregenz, Austria. The Bregenzer Festspiele (Bregenz Festival) has become renowned for its unconventional staging of shows. Verdi’s opera, “A Masked Ball” in 1999, featured a giant book being read by a skeleton. A Separate Reality These surreal artworks were created by Alex Andreyev, artist form Saint Petersburg, Russia. Uusual, creative and inspiring. You will not forget them! Enjoy!

The Ancestral Myth of the Hollow Earth and Underground Civilizations Countless stories, myths, and legends are told about underground cities and subterranean civilizations spread through a vast network of interconnected tunnels across the planet. There are many rumors surrounding these underground portals. We have only to remember the mysterious stories that revolve around the tunnels and galleries of the Cueva de los Tayos in Ecuador, or stories about entrances to underground worlds, supposedly located in the Andes , the Himalayas , the Gobi Desert , Turkey, and even below the Sphinx of Giza . The Hollow Earth Theory and an Expedition to the Arctic The Hollow Earth theory states that the Earth is a hollow planet with ancient entrances to the subterranean world scattered throughout it, including near both polar caps. This theory has been reported since ancient times and scientists such as Edmund Halley have defended it throughout history. From 1818-1826, the American John C. Interest in the Hollow Earth theory did not end there.

25 Thoughtful Quotes From Carl Jung Carl Jung was a Swiss psychiatrist, an influential thinker and is renowned as the founder of analytical psychology. Although he was a theoretical psychologist and practicing clinician, much of his life’s work was spent exploring other areas, including Eastern and Western philosophy, alchemy, astrology, sociology, as well as literature and the arts. His most notable ideas include the concept of psychological archetypes, the collective unconscious and synchronicity. Jung is the source of some of my all time favorite quotes. I admire how he mixes logical thinking along with a grain of spirituality and the subconscious realms. Here is a list of my favorite quotes from Carl Jung: Every form of addiction is bad, no matter whether the narcotic be alcohol, morphine or idealism. Everything that irritates us about others can lead us to a better understanding of ourselves. Nobody, as long as he moves about among the chaotic currents of life, is without trouble.

Indo-European mythologies: genesis and evolution of characters undefined A. Fantalov "Indo-European mythologies: genesis and evolution of characters." (The materials of international symposium in Pyotr Veliky Anthropology and Ethnography Museum. Saint Petersburg, 1999). Many scientists study the problems of the Indo-European pantheon reconstruction. Golan says about two initial mythological characters: The Goddess of Sky and her husband - The Lord of Underworld. Hatt bases his interpretation of this object representations on the idea of the Celtic god of thunder - Taranis (figure 1) and the Celtic god of earth - Cernunnos (figure 2). Besides Cernunnos (his stag horn symbolized his connections with the vegetable and animal kingdoms), there existed the related character. There is an agreement between the ideas of Hatt and Golan. One should mention, that Hatt and Golan have got different scientific interests. First, let us consider the transformations of Celtic divinities in Christianised Irish sagas. In ancient Greece The Sky God was named "Zeus".