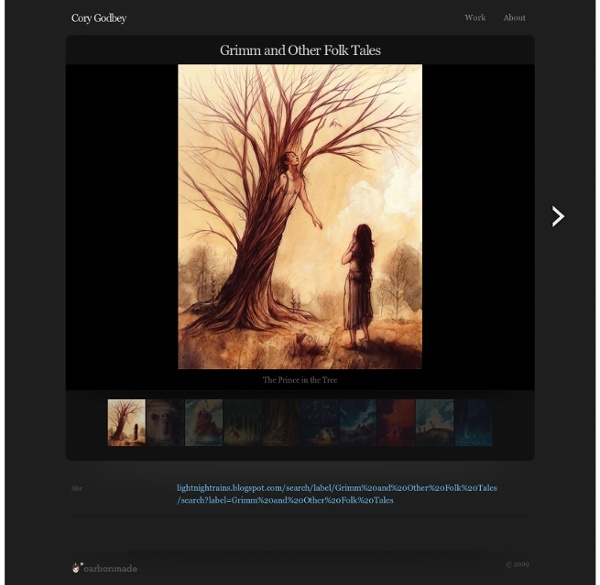 Everything but the Paper Cut: Eye-popping Ways Artists Use Paper In the year since the Museum of Art and Design reopened in its new digs on Columbus Circle, they've been delivering consistently compelling shows--from punk-rock lace to radical knitting experiments. The newest, "Slash: Paper Under the Knife", opened last weekend and runs through April 4, 2010. The focus is paper--and the way contemporary artists have used paper itself as a medium, whether by cutting, tearing, burning, or shredding. In all, the show features 50 artists and a dozen installations made just for the show, including Andreas Kocks's Paperwork #701G (in the Beginning), seen above. Here's a sampling of the other works on display: Mia Pearlman's Eddy:

The artwork of Joshua Petker Joshua Petker was born in Los Angeles, CA in 1979 and received a BA in Western History from The Evergreen State College in Olympia, Washington. While pursuing a degree in History he maintained a growing interest in the arts that developed out of a fascination with graffiti which Petker started creating at the age of 15. After studying abroad in 2001 at the Lorenzo de'Medici Institute of Florence, Joshua decided to pursue a career as a fine artist upon completion of his studies back in the U.S.A. Van Gogh, Neal Cassady, Cy Twombly, Mark Rothko, J.M.W. Turner, and Andy Warhol are some of the artist’s inspirations. Color abstraction and the human figure, primarily females, are the main motifs in his art. Never Be My Friend When I'm bored, I browse through my friends' Facebook images, choose my favorites, and draw them. Sometimes I take... liberties. Let's just call it artistic license. R.I.P. Chloe's grandma. I wasn't aware you were an actual corpse

Worldbuilding: Fantasy Religion Design Guide by Joe Wetzel (joewetzel at gmail dot com) [If you like this article, check out the other Worldbuilding articles on this website using the sidebar navigation.] Depending on your campaign setting idea, in the early stages you may only need a bare minimum of details about your religion. In cases like these make sure you flesh out any particular deities you need (for example if a character is a Cleric or Paladin describe that god in at least bullet points and note any needed game statistics or mechanics such as the god’s domains) and build up the religion later when it is needed or when you have an intriguing idea. This also gives you an opportunity to see how the players react to your religion’s skeleton and build on what they like and what is important to your evolving setting and story.

Calvin and Hobbes Snow Art Gallery Snow Art in ColourSend Calvin and Hobbes Postcards Online! Calvin and Hobbes Fan Page Email: mailkate20@yahoo.com Before I Die & Candy Chang What matters most to you Interactive public art project that invites people to share their personal aspirations in public. After losing someone she loved and falling into depression, Chang created this experiment on an abandoned house in her neighborhood to create an anonymous place to help restore perspective and share intimately with her neighbors. The project gained global attention and thanks to passionate people around the world, over 1000 Before I Die walls have now been created in over 70 countries, including Kazakhstan, Iraq, Haiti, China, Ukraine, Portugal, Japan, Denmark, Argentina, and South Africa. The walls are an honest mess of the longing, pain, joy, insecurity, gratitude, fear, and wonder you find in every community, and they reimagine public spaces that nurture honesty, vulnerability, trust and understanding.

50 anime wallpapers Anime is a type highly stylized animation originally from Japan, where it’s characteristic style was developed during the 1960s and onwards. Today, anime is not only popular in Japan and Asia, but throughout the world as well, and is considered an art form on par with Western style animation. We’ve got 50 beautiful anime wallpapers for you, all in widescreen HD resolution. Source:

Greek Mythology: FAMILY TREE OF THE GREEK GODS The complete family tree of the gods is displayed over eight indexed charts. The basic structure follows Hesiod's Theogony, but that author's genealogies have been expanded with a plethora of additional gods, spirits and creatures sourced from other classical sources. Where there is disagreement amongst ancient writers as to the genealogy of a certain character, the oldest and/or most popular source has been selected for the chart.