Gateway to the Universe of X-ray Astronomy! 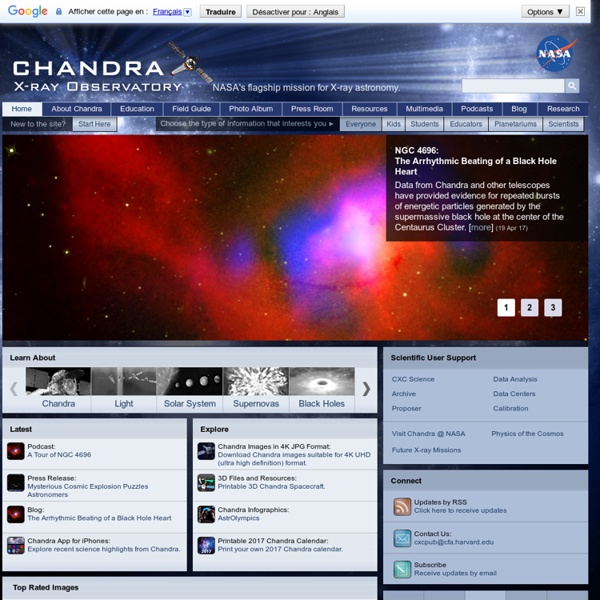 Astronomy Picture of the Day Discover the cosmos! Each day a different image or photograph of our fascinating universe is featured, along with a brief explanation written by a professional astronomer. 2016 April 15 Engineering Anomalies Research The Princeton Engineering Anomalies Research (PEAR) program, which flourished for nearly three decades under the aegis of Princeton University’s School of Engineering and Applied Science, has completed its experimental agenda of studying the interaction of human consciousness with sensitive physical devices, systems, and processes, and developing complementary theoretical models to enable better understanding of the role of consciousness in the establishment of physical reality. PEAR has now incorporated its present and future operations into the broader venue of the ICRL, a 501(c)(3) not-for-profit research organization, in addition to Psyleron—a company that provides Random Event Generator devices to enable the continued exploration of PEAR’s findings by the general public and research communities. On the accompanying menu of pages we have attempted to sketch the substance, spirit, and findings of this scholarly endeavor.

Alien Planets & Extraterrestrial Life Hunting down alien planets isn't just for professional astronomers anymore. Thousands of citizen scientists have been poring over data from NASA's Kepler spacecraft, which has so far detected 1,235 potential alien worlds. To date, the amateurs have flagged 50 candidate planets that the mission's sophisticated software may have missed, Time magazine reports. It's all part of a project called Planethunters.org, which enlists the discerning eyes of the masses to pick up patterns in mountains of data.

Astrophysics Astrophysics People have gazed at the stars, given them names, and observed their changes for thousands of years. NASA joined the ancient pursuit of knowledge of our universe comparatively recently. Goals The science goals of Astrophysics are breathtaking: we seek to understand the universe and our place in it. Hubble data predicts Milky Way galactic collision When Galaxies Collide! It sounds like an early science fiction novel. However, analysis of Hubble measurements shows that our own Milky Way galaxy is moving toward a head-on collision with our nearest neighbor, the Andromeda galaxy (also known as M31).

The Connectome — Harvard School of Engineering and Applied Sciences Lead investigators Hanspeter Pfister (SEAS ), Jeff Lichtman (FAS/Molecular & Cellular Biology, Center for Brain Science) and Clay Reid (HMS/Neurobiology, Center for Brain Science) Description The overall goal of the Connectome project is to map, store, analyze and visualize the actual neural circuitry of the peripheral and central nervous systems in experimental organisms, based on a very large number of images from high-resolution microscopy. The proposing team from the Center for Brain Sciences has already demonstrated its capacity for, and expertise in, high-throughput imaging.

INTEGRAL The satellite was successfully launched on October 2002, the 17th. CNES was prime contractor for the SPI spectrometer, one of the two main instruments, in partnership with numerous French and foreign research laboratories. Since November 2002, the Integral Spectrometer and IBIS delivered their first images and first spectra. Great Attractor Panoramic view of the entire near-infrared sky. The location of the Great Attractor is shown following the long blue arrow at bottom-right. The Hubble Telescope turned its lens to the region of the sky where the Great Attractor is located. The Great Attractor is a gravity anomaly in intergalactic space within the range of the Hydra-Centaurus Supercluster that reveals the existence of a localized concentration of mass equivalent to tens of thousands of galaxies, each of which represents the mass of the Milky Way; this mass is observable by its effect on the motion of galaxies and their associated clusters over a region hundreds of millions of light-years across.