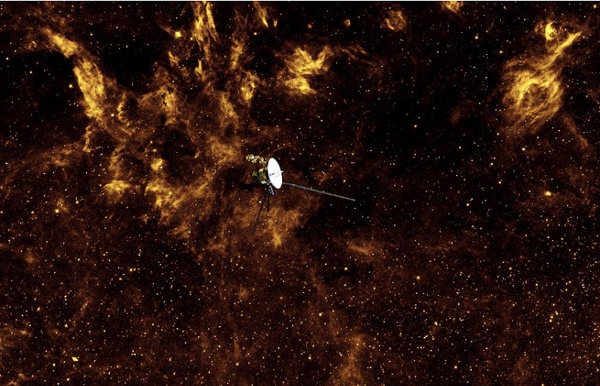 Venera-9 and 10 In 1975, Soviet scientists launched two probes to Venus, which transmitted first ever images from the surface of the planet. Quick Links around this page: History of the Venera 75 project At the end of 1973, the Soviet physicist Roald Sagdeev, a newly appointed director of the Space Research Institute, IKI, discussed with his colleagues the institute's future strategy for the Soviet planetary research. At the time, Soviet Union conducted a series of unmanned missions to Mars, which were expected to reach the Red Planet in February and March 1974. Although the Soviet assault of Mars reached unprecedented scale -- four probes aimed the planet -- the campaign produced rather mixed results.

Hi-Res Images of Hydrogen Nonmetal, mass: 1.008 u, 2 stable isotopes (1, 2), abundance rank (earth/space): 9/1 Click image to magnify. Vial of glowing ultrapure hydrogen, H2. Original size in cm: 1 x 5. How to make gases glow. Hydrogen is the lightest and simplest element and, with a ratio of 80%, is the main ingredient of the visible universe. 20% consist of helium, the ratio of the heavier elements is below 1%. Exclusive Area 51 Pictures: Secret Plane Crash Revealed Suspended upside down, a titanium A-12 spy-plane prototype is prepped for radar testing at Area 51 in the late 1950s. After a rash of declassifications, details of Cold War workings at the Nevada base, which to this day does not officially exist, are coming to light—including never before released images of an A-12 crash and its cover-up. (Also see "Revealed: How Area 51 Hid Secret Craft.") Area 51 was created so that U.S. Cold Warriors with the highest security clearances could pursue cutting-edge aeronautical projects away from prying eyes. During the 1950s and '60s Area 51’s top-secret OXCART program developed the A-12 as the successor to the U-2 spy plane.

PlanetQuest - The Search for Another Earth The flower you see in this animation isn’t NASA’s attempt to celebrate the coming of spring. It’s actually the latest design in a cutting-edge effort to take pictures of planets orbiting stars far from the sun. Astronomers have been indirectly detecting exoplanets for more than 15 years, but actually taking a picture of one has proven an immensely difficult task.

Physics Flash Animations We have been increasingly using Flash animations for illustrating Physics content. This page provides access to those animations which may be of general interest. The animations will appear in a separate window. The animations are sorted by category, and the file size of each animation is included in the listing. Also included is the minimum version of the Flash player that is required; the player is available free from The categories are: Titan Submarine: Exploring the Depths of Kraken Titan Submarine: Exploring the Depths of Kraken Mare Steven OlesonNASA GRCExploring the Depths of Titan’s Seas Description Titan is unique in the outer solar system in that it is the only one of the bodies outside the Earth with liquid lakes and seas on its surface. The Titanian seas, however, are not composed of water, like Earth’s seas, but are seas of liquid hydrocarbons. What lies beneath the surface of Titan’s seas? We propose to develop a conceptual design of a submersible autonomous vehicle (submarine) to explore extraterrestrial seas.

Artificial Robotic Hand Transmits Feeling To Nerves Astro Teller has an unusual way of starting a new project: He tries to kill it. Teller is the head of X, formerly called Google X, the advanced technology lab of Alphabet. At X’s headquarters not far from the Googleplex in Mountain View, Calif., Teller leads a group of engineers, inventors, and designers devoted to futuristic “moonshot” projects like self-driving cars, delivery drones, and Internet-beaming balloons. To turn their wild ideas into reality, Teller and his team have developed a unique approach.

Breakthrough Starshot The story of humanity is a story of great leaps – out of Africa, across oceans, to the skies and into space. Since Apollo 11’s ‘moonshot’, we have been sending our machines ahead of us – to planets, comets, even interstellar space. But with current rocket propulsion technology, it would take tens or hundreds of millennia to reach our neighboring star system, Alpha Centauri. The Ultimate Field Guide to Subatomic Particles This is, for the most part, an accurate article, except for a few statements. "Exactly what makes a fermion a fermion is a bit complicated, but suffice it to say that fermions are all the particles that deal with matter. So what about the last group of elementary particles, the ones that don't deal with matter? These are the bosons, and they deal with the fundamental forces of the universe." The statements above can be misinterpreted as suggesting that fermions are defined as particles that deal with matter and bosons are defined as particles that deal with forces. And that is not true.

Science Space Photo of the Day When the lamp is shattered, The light in the dust lies dead. When the cloud is scattered, The rainbow's glory is shed. These words, which open Shelley’s poem "When the Lamp is Shattered," employ visions of nature to symbolize life in decay and rebirth. It's as if he had somehow foreseen the creation of this new Gemini Legacy image, and penned a caption for it. ExoMars Trace Gas Orbiter and Schiaparelli Mission (2016) ExoMars Trace Gas Orbiter and Schiaparelli Mission (2016) The first mission of the ExoMars programme, scheduled to arrive at Mars in October 2016, consists of a Trace Gas Orbiter plus an Entry, descent and landing Demonstrator Module, known as Schiaparelli. The main objectives of this mission are to search for evidence of methane and other trace atmospheric gases that could be signatures of active biological or geological processes and to test key technologies in preparation for ESA's contribution to subsequent missions to Mars. The Orbiter and Schiaparelli were launched together on 14 March 2016 on a Proton rocket and are flying to Mars in a composite configuration.