A Review of the Universe 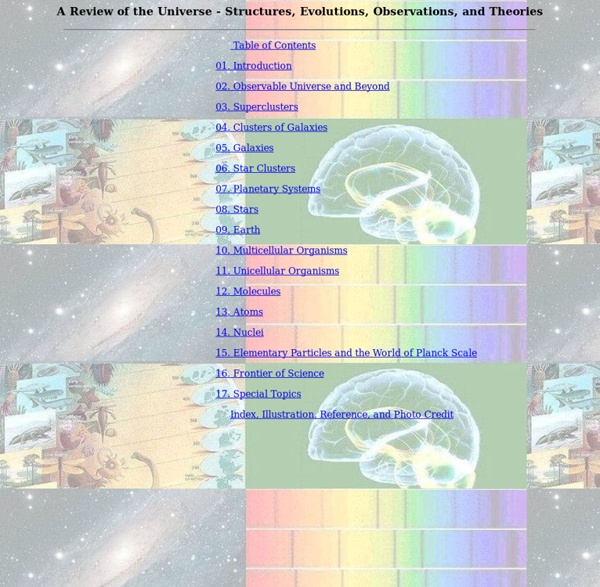 Universe is Not Expanding After All, Scientists Say New evidence, based on detailed measurements of the size and brightness of hundreds of galaxies, indicates that the Universe is not expanding after all, says a team of astrophysicists led by Eric Lerner from Lawrenceville Plasma Physics. This image shows a star forming region in a nearby galaxy known as the Large Magellanic Cloud. Image credit: ESA / Hubble. In their study, the scientists tested one of the striking predictions of the Big Bang theory – that ordinary geometry does not work at great distances. In the space around us, on Earth, in the Solar System and our Milky Way Galaxy, as similar objects get farther away, they look fainter and smaller. In contrast, the Big Bang theory tells us that in an expanding Universe objects actually should appear fainter but bigger. So in an expanding Universe the most distant galaxies should have hundreds of times dimmer surface brightness than similar nearby galaxies, making them actually undetectable with present-day telescopes. Eric J.

The Universe Magnified This is one of the most beautiful infographics we've ever seen: a high resolution view of different levels of the universe. Our favorite parts are the jaw-dropping nebulae and then the point where you see the size of Pluto compared to Texas. Puts things into perspective. Try it out in full-screen mode: Copyright 2012. Embed this infographic on your site! <iframe width="600" height="388" scrolling="no" src=" frameborder="0" allowfullscreen></iframe><br />Copyright 2012. To get started with the infographic, click on one of the nine entry point images. The slider at the bottom of the screen lets you move around from bigger to smaller and smaller to bigger. And in between you see every day objects like animals and buildings and planets and stars. Have fun with this!

untitled Einstein for Everyone Einstein for Everyone Nullarbor Press 2007revisions 2008, 2010, 2011, 2012, 2013 Copyright 2007, 2008, 2010, 2011, 2012, 2013 John D. Norton Published by Nullarbor Press, 500 Fifth Avenue, Pittsburgh, Pennsylvania 15260 with offices in Liberty Ave., Pittsburgh, Pennsylvania, 15222 All Rights Reserved John D. An advanced sequel is planned in this series:Einstein for Almost Everyone 2 4 6 8 9 7 5 3 1 ePrinted in the United States of America no trees were harmed web*bookTM This book is a continuing work in progress. January 1, 2015. Preface For over a decade I have taught an introductory, undergraduate class, "Einstein for Everyone," at the University of Pittsburgh to anyone interested enough to walk through door. With each new offering of the course, I had the chance to find out what content worked and which of my ever so clever pedagogical inventions were failures. At the same time, my lecture notes have evolved. This text owes a lot to many. i i i

Everything We Just Found Out About Pluto, Courtesy of New Horizons - Futurism | Futurism Page 1 of 24612345...102030...»Last » THIS IS PROOF THAT WE ARE COMPLETELY INSIGNIFICANT. OR... ARE WE JUST THAT SPECIAL? | Guys The Road During your day-to-day life, you can get pretty wrapped up in yourself. You can forget to feed your cats or neglect to call your mother on her birthday. We think our lives are just about us. Well, I suddenly feel very very tiny. Source: mogul.ws Russian billionaire, Hawking announce $100 million search for ET Green Bank Telescope (credit: Geremia/Wikimedia Commons) Russian billionaire Yuri Milner, Stephen Hawking, Martin Rees, Frank Drake and others announced at The Royal Society today $100 million funding for Breakthrough Listen — the “most powerful, comprehensive, and intensive scientific search ever undertaken for signs of intelligent life beyond Earth.” They also announced $1 million prize funding for Breakthrough Message, a competition to generate messages representing humanity and planet Earth. “It’s time to commit to finding the answer to search for life beyond Earth,” said Hawking. “We are live, we are intelligent, we must know … if we are alone in the dark.” The search will be done at two of the largest radio telescopes, the 100 Meter Robert C. More sensitive, faster, wider spectrum, more sky coverage The Breakthrough Listen initiative will be 50 times more sensitive than previous programs dedicated to SETI research, the scientists say. More information: Breakthrough Initiatives.