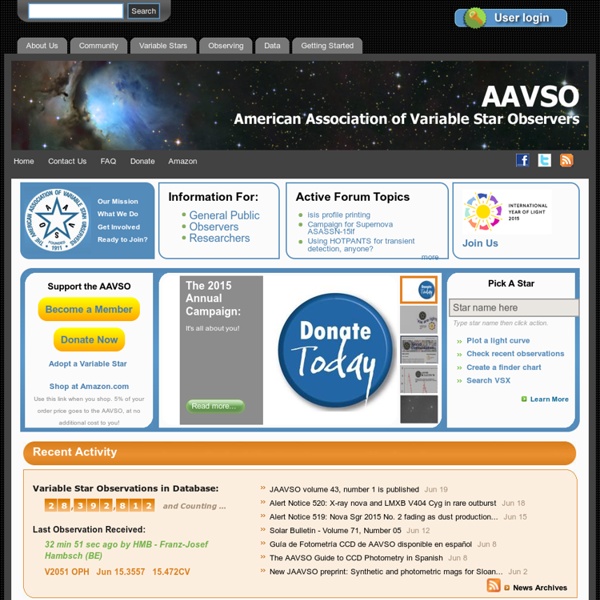 How the Sun Shines by John N. Bahcall* What makes the sun shine? How does the sun produce the vast amount of energy necessary to support life on earth? These questions challenged scientists for a hundred and fifty years, beginning in the middle of the nineteenth century. Theoretical physicists battled geologists and evolutionary biologists in a heated controversy over who had the correct answer. Why was there so much fuss about this scientific puzzle? The sun's rays are the ultimate source of almost every motion which takes place on the surface of the earth. In this essay, we shall review from an historical perspective the development of our understanding of how the sun (the nearest star) shines, beginning in the following section with the nineteenth-century controversy over the age of the sun. The Age of the Sun How old is the sun? The older the sun is, the greater the total amount of radiated solar energy. Conflicting Estimates of the Solar Age Who Was Right? What was wrong with Kelvin's analysis? F.W.

A supermassive star, all alone A visible/infrared composite view of the Tarantula, with VFTS 682 at its centre. (Image: ESO/M.-R. The Tarantula Nebula is a gift that keeps on giving – if you’re into really massive stars, that is. Some of the region’s clusters contain the most massive stars we know today. The most massive stars form almost exclusively in clusters, as the clouds they form out of have to be so massive that many smaller stars are inevitably born in the process. Some scientists even propose that the combined winds from supermassive clusters like R136 could even be responsible for blasting heavy elements out of their galaxies entirely, into the intergalactic medium. The newly discovered behemoth star , named VFTS 682, is around a million times more luminous than the Sun, and around 150 times as massive. Our current modes of how massive stars form have no way of explaining the formation of a 150 solar star all on its own. References Joachim M. Norman Murray, Brice Ménard, & Todd A.

'Zombie' stars "Zombie" stars that explode like bombs as they die, only to revive by sucking matter out of other stars. According to an astrophysicist at UC Santa Barbara, this isn't the plot for the latest 3D blockbuster movie. Instead, it's something that happens every day in the universe - something that can be used to measure dark energy. This special category of stars, known as Type Ia supernovae, help to probe the mystery of dark energy, which scientists believe is related to the expansion of the universe. Andy Howell, adjunct professor of physics at UCSB and staff scientist at Las Cumbres Observatory Global Telescope (LCOGT), wrote a review article about this topic, published recently in Nature Communications. LCOGT, a privately funded global network of telescopes, works closely with UCSB. Supernovae are stars that have been observed since 1054 A.D., when an exploding star formed the crab nebula, a supernova remnant. "That's what our sun will be at the end of its life," he said.

“Impossible” Star Exists in Cosmic Forbidden Zone Want to stay on top of all the space news? Follow @universetoday on Twitter This ancient star, in the constellation of Leo (The Lion), is called SDSS J102915+172927 and has been found to have the lowest amount of elements heavier than helium of all stars yet studied. It has a mass smaller than that of the Sun and is probably more than 13 billion years old. Astronomers say a newly found star should not exist and is in the “forbidden zone” of a widely accepted theory of star formation. “A widely accepted theory predicts that stars like this, with low mass and extremely low quantities of metals, shouldn’t exist because the clouds of material from which they formed could never have condensed,” said Elisabetta Caffau (Zentrum für Astronomie der Universität Heidelberg, Germany and Observatoire de Paris, France), lead author of the paper appearing in this week’s edition of Nature. The team found the star with the X-shooter and UVES instruments on the Very Large Telescope. Source: ESO

The star that should not exist (PhysOrg.com) -- A team of European astronomers has used ESO’s Very Large Telescope (VLT) to track down a star in the Milky Way that many thought was impossible. They discovered that this star is composed almost entirely of hydrogen and helium, with only remarkably small amounts of other chemical elements in it. This intriguing composition places it in the "forbidden zone" of a widely accepted theory of star formation, meaning that it should never have come into existence in the first place. A faint star in the constellation of Leo (The Lion), called SDSS J102915+172927, has been found to have the lowest amount of elements heavier than helium (what astronomers call “metals”) of all stars yet studied. The team analysed the properties of the star using the X-shooter and UVES instruments on the VLT. “The star we have studied is extremely metal-poor, meaning it is very primitive. Also very surprising was the lack of lithium in SDSS J102915+172927.

V.massive black holes already existed - 750 mil yrs after BB Scientists discovered the universe’s earliest black holes and, in the process, added support to a theory that the cosmological objects developed in tandem with their host galaxies. Black holes occur when stars implode, creating a gravitation collapse that collects and compresses mass in such a way that no light waves can escape. Scientists have sought for decades to determine how they happen and what attributes they carry. The black holes found are the furthest detected from Earth, and appear as they existed 13 billion years ago, just after the Big Bang that scientists believe began the universe, according to a report today in the journal Nature. The finding suggests both “were growing together,” said Kevin Schawinski, an astrophysicist at Yale University in New Haven, Connecticut, who contributed to the study. Stacking Images “It’s like the galaxy was the flesh, covering the black hole, which is like a bone,” he said.

Hungry Black Holes Lurk at Edge of the Universe 13 billion light-years away, at the very edge of our observable universe, supermassive black holes lurk inside their galactic hosts, feeding. As the light took 13 billion years to reach us, these black holes actually evolved when the Universe was only a fraction of the age it is now — precisely 13.75 billion years old. WIDE ANGLE: Black Holes, Big and Small This new finding comes from the analysis of Chandra X-Ray Observatory data, where astronomers “stacked” images of 250 distant candidate galaxies as previously spotted by the Hubble Space Telescope. This is a significant finding as black holes are known to reside inside local (young) galaxies like our own, but little was known about ancient galaxies. “This finding tells us there is a symbiotic relationship between black holes and their galaxies that has existed since the dawn of time,” said research astronomer Kevin Schawinski of Yale University. The team could only detect the most powerful X-rays emitted, however.

Astronomers discover earliest black holes at dawn of universe Astronomers have been peering farther and farther into space, and back in time, using the world's most powerful telescopes to detect galaxies billions of light years away that existed when the universe was just a fraction of its current age. But detecting the giant black holes thought to lurk at the centers of those galaxies has proven much more difficult. Now a team of astronomers has discovered the earliest black holes ever detected, despite the fact that they are hidden from view by their host galaxies. They also measured the average growth rate of the black holes and discovered that they grow and evolve in tandem with their galaxies -- something that astronomers had observed locally but which they knew little about when it came to the early, distant universe. "This finding tells us there is a symbiotic relationship between black holes and their galaxies that has existed since the dawn of time," said Kevin Schawinski, a Yale astronomer who contributed to the discovery.

Most distant black holes ever found reveal secrets - Technology & Science The new study used images from the Chandra X-Ray Observatory, a space telescope that orbits the Earth, to measure the growth rates of the black holes at the centre of galaxies that existed as early as 700 million years after the Big Bang, such as the black hole shown in this artist's drawing. (A. Hobart/CXC/NASA) Black holes further away from Earth than any ever found before have given astronomers a peek at how galaxies were evolving 13 billion years ago — less than a billion years after the Big Bang. "We're really looking at first baby growth spurts of the black holes that live at the centre of galaxies today, including our own Milky Way," said Kevin Schawinski, one of the five co-authors of the study published Wednesday in Nature. Schawinski, an astrophysicist at Yale University, noted that the Milky Way's black hole was formed at about the same time as the black holes observed in the study, and likely went through a very similar infancy. The Big Bang Lighting up the Dark Ages