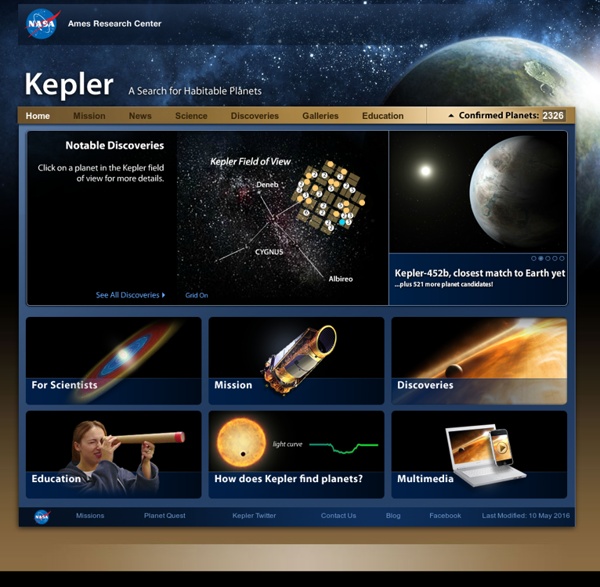 'Frankenstein' Galaxy Surprises Astronomers About 250 million light-years away, there's a neighborhood of our universe that astronomers had considered quiet and unremarkable. But now, scientists have uncovered an enormous, bizarre galaxy possibly formed from the parts of other galaxies. A new study to be published in the Astrophysical Journal reveals the secret of UGC 1382, a galaxy that had originally been thought to be old, small and typical. Instead, scientists using data from NASA telescopes and other observatories have discovered that the galaxy is 10 times bigger than previously thought and, unlike most galaxies, its insides are younger than its outsides, almost as if it had been built using spare parts. Astronomy Picture of the Day Discover the cosmos! Each day a different image or photograph of our fascinating universe is featured, along with a brief explanation written by a professional astronomer. 2016 April 15 Mercury and Crescent Moon Set Image Credit & Copyright: Miguel Claro (TWAN, Dark Sky Alqueva)

2014 Cosmos: A Space-Time Odyssey Cosmos: A Spacetime Odyssey is a 2014 American science documentary television series.[1] The show is a follow-up to the 1980 television series Cosmos: A Personal Voyage, which was presented by Carl Sagan on the Public Broadcasting Service and is considered a milestone for scientific documentaries. This series was developed to bring back the foundation of science to network television at the height of other scientific-based television series and films. The show is presented by astrophysicist Neil deGrasse Tyson, who, as a young college student, was inspired by Sagan. Among the executive producers are Seth MacFarlane, whose clout and financial investment were instrumental in bringing the show to broadcast television, and Ann Druyan, Sagan's widow and a co-creator of the original series.[2][3] The show is produced by Brannon Braga, and Alan Silvestri provides the backing score.[4] The series premiered on March 9, 2014,[5] simultaneously in the US across ten 21st Century Fox networks.

Dawn Captures Sharper Images of Ceres Craters and mysterious bright spots are beginning to pop out in the latest images of Ceres from NASA's Dawn spacecraft. These images, taken Feb. 12 at a distance of 52,000 miles (83,000 kilometers) from the dwarf planet, pose intriguing questions for the science team to explore as the spacecraft nears its destination. The image is available at:

Vehicle Modeling Series - Gyrocopter Vehicle Modeling Course in Blender The Vehicle Modeling DVD was released in the first quarter of 2011, after the Intro to Blender and Character modeling series. It was our first physical DVD ever shipped and has shipped more than any other training DVD we’ve ever produced. However, now that the series has reached the ripe age of 2 years, it is being inducted into the CG Cookie Citizen library, making it accessible to all Citizen members. Trade the value of a couple lattes for complete access to our Citizen training library What you’ll learn Best map ever made of universe's oldest light: Planck mission brings universe into sharp focus The Planck space mission has released the most accurate and detailed map ever made of the oldest light in the universe, revealing new information about its age, contents and origins. Planck is a European Space Agency mission. NASA contributed mission-enabling technology for both of Planck's science instruments, and U.S., European and Canadian scientists work together to analyze the Planck data. The map results suggest the universe is expanding more slowly than scientists thought, and is 13.8 billion years old, 100 million years older than previous estimates.

Events Highlights World-changing talks, debates, film screenings, podcasts, videos, and animations - all made available for free, for everyone. All of our work including our free public events programme is supported by our 27,000 Fellows who inspire, support and enable new solutions to address the problems of the 21st Century. If you share or demonstrate a commitment to positive social change, find out how you can become a Fellow. Is War Good for Us? Mini blobs of ancient dark matter may throw light on Big Bang Through the light of ancient galaxies astronomers can watch the evolution of the universe like a movie, but one that’s missing its opening scene – the Big Bang itself. One of the great challenges in cosmology is to try to piece together what happened in that dramatic opener, by studying any of its original participants left behind. Now physicists have found a new way to test for one of the central theories of how the universe was born – the idea of inflation – by looking for mini clumps of dark matter which could still be dotted between galaxies.