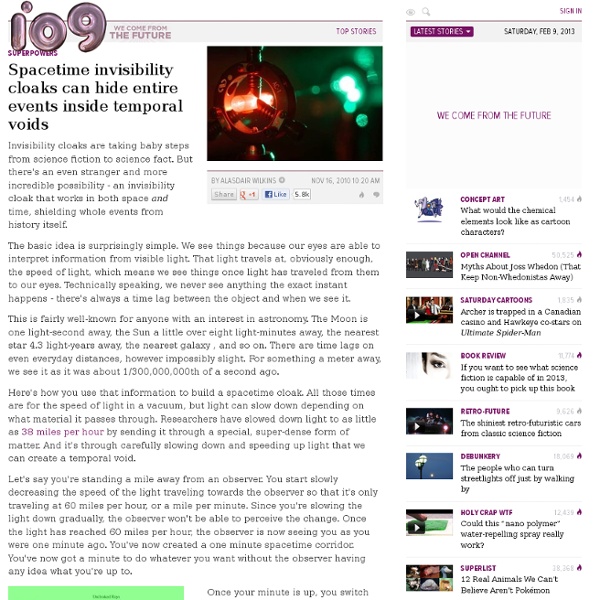 State of the Nation The full email: President Barack Obama said in Turkey : "We do not consider ourselves a Christian nation or a Jewish nation or a Muslim nation. We consider ourselves a nation of citizens who are bound by ideals and a set of values." (end of email) I've about had it. >From the treaty of Tripoli: Art. 11. (end my reply) Ok, maybe a bit terse. My aunt didn't. Here is her reply (and yes, she hit reply all...) I figured this would put you in an uproar, but to each his/her own opinion. As a friend of mine would say, Great Ooogly-Moogly! Do you think this was the last of it? I let this sit in my inbox for two full days before replying.

How-To: Easily Remove the Vocals from Most Songs | r3dux.org 2015 Shortcut: When I wrote this article Audacity didn’t have an automatic center-panned vocal canceling effect… but now it does, so rather than do the stereo-separate / invert-one-track / play-both-as-mono trick (and that’s pretty much all there is to it), you should be able to find the Vocal Remover option in the Effects menu – but it’s more fun / interesting and can give better results if you do it yourself! =D I found this trick the other day whilst stumbling the Interwebs and thought I’d do a quick-write up w/ pictures to make it as easy as possible… For this exercise we’re going to be using a piece of free audio software called Audacity, which you can get for Linux, Windows and Mac. Update: If you’re trying this out on a Mac, please make sure you get Audacity 1.3 Beta or newer – the stable 1.2 version appears to have a missing equaliser decibal-range slider which you need towards the end of the process! 1.) Import Some Audio 2.) 3.) 4.) 5.) Wrap Up Cheers!

Citizens United v FEC - The Results A few months ago the United States Supreme Court made a terrible decision in a case called United Citizens v FEC. They basically decided that money was equivalent to speech in a political campaign, and that Congress couldn't limit the amount of money an organization could spend to support their chosen candidate(s). It doesn't take a lot of intelligence to know that this decision violated any remaining concepts of equality in political campaigns. LIBERAL Service Employees International Union..........$15,737,456 A.F.S.C.M.E...........$12,362,885 TOTAL..........$28,100,341 CONSERVATIVE U.S. Both of the liberal groups are unions. And anyone who thinks they are doing it because of political ideology or for the overall good of all Americans is just not very bright. Making matters even worse is the fact they are doing this in secret. There is no longer a fair and even playing field in American politics. Link to original post

Row Three ? Brave New Worldview ? 30 Science Fiction Films of the 21st Century A decade into the 21st Century and we have arrived at the future. The promise of Tomorrow. But instead we have looming energy crises, endless middle east conflict and more disappointing, we have no flying cars, Heck, for all the bright and clean future promised in 2001: A Space Odyssey, none of the real companies used as brands in the film even exist anymore. Even moving from the late 1960s to the mid 1980s, nobody makes DeLoreans (although they occasionally sell on Ebay), but cloning and tablet computing (as promised by Star Trek: The Next Generation) have more or less come to pass in this century. It is not the gizmos or the distopian aesthetics, that have brought Science Fiction into the new millennium, but the questions it asks of people or society in a future time or place and how they reflect on our own times. There have been a surprising number of excellent science fiction films to come about in the past decade that do this and do this well. The Fountain 28 Weeks Later The Host

Elgan: Big Business is watching you Computerworld - In the 1949 novel 1984, George Orwell imagined a brilliant but depressing future in which the government, a.k.a. "Big Brother," broadcast propaganda while simultaneously watching every citizen via ubiquitous "telescreens" in every home and in public places. Video feeds are monitored by the "Thought Police," who are constantly on the lookout for facial expressions and body language that reveal "thought crimes." They wanted to know what you were thinking. Aldous Huxley offered an alternative vision in 1932's Brave New World. Together, Orwell and Huxley predicted everything right, except three things. First, they got the timing wrong. Second, Orwell's telescreens served as an instrument of government propaganda and control. Third, the biggest error in both novels was the power of government. If you combine these two dystopian visions, set them in 2011 and put corporations in control, what do you get? Big Business is watching you Why this is a real trend

How To Give Your Photos a Dark Processed Lomo Effect This post was originally published in 2010 The tips and techniques explained may be outdated. Follow this step by step post processing guide to give your photos a dark lomo style effect with high contrast, blue tones and vignette burns. The effect is based on the popular lomographic technique and is similar to the processing effect used in many fashion shots and advertisement designs. View full size photo effect Begin by opening your photograph of choice into Adobe Photoshop. Go to Image > Adjustments > Levels and tweak the tones of the image. At the bottom of the Layers palette, click the Adjustment Layer icon and select Curves. Change the drop down menu to Green and tweak the graph for the green channel to further alter the tones of the image. Finally alter the Blue channel, creating an inverted ‘S’ shape to enhance the blues to give a cool colour cast. Go to Edit > Select All, then Edit > Copy Merged. Paste another duplicate of the image on a new layer. Download this file

Constitution Needs A New Amendment The United States Supreme Court makes some mistakes every now and then. The Dred Scott decision was a bad mistake, which history later corrected. The court decisions, especially the 5-4 decision in Citizens United v. Federal Elections Commission, that give corporations the same right as people in the United States was another mistake. And it's a mistake that could turn our representative democracy into a fascist oligarchy -- a government in which only the corporations and the rich have any input into decisions. Texas progressive David Van Os is encouraging all Democrats to pass a resolution to this effect in their county and senate district conventions, and then again at the state convention. Here is his resolution:

List of unsolved problems in philosophy This is a list of some of the major unsolved problems in philosophy. Clearly, unsolved philosophical problems exist in the lay sense (e.g. "What is the meaning of life?", "Where did we come from?" Aesthetics[edit] Essentialism[edit] In art, essentialism is the idea that each medium has its own particular strengths and weaknesses, contingent on its mode of communication. Art objects[edit] This problem originally arose from the practice rather than theory of art. While it is easy to dismiss these assertions, further investigation[who?] Epistemology[edit] Epistemological problems are concerned with the nature, scope and limitations of knowledge. Gettier problem[edit] In 1963, however, Edmund Gettier published an article in the periodical Analysis entitled "Is Justified True Belief Knowledge?" In response to Gettier's article, numerous philosophers have offered modified criteria for "knowledge." Infinite regression[edit] Molyneux problem[edit] Münchhausen trilemma[edit] Qualia[edit] Ethics[edit]

News - Technology & Science - Extinctions feared as ocean dead zones grow Low oxygen levels, which have been found along southeastern Australia, are known to increase stress on fish. ((Ho New/Reuters)) Scientists fear the planet is on the brink of another mass extinction as ocean dead zones continue to grow in size and number. More than 400 ocean dead zones — areas so low in oxygen that sea life cannot survive — have been reported by oceanographers around the world between 2000 and 2008. That is compared with 300 in the 1990s and 120 in the 1980s. Ove Hoegh-Guldberg, a professor at the ARC Centre of Excellence for Coral Reef Studies (CoECRS) and the University of Queensland in Australia, says there is growing evidence that declining oxygen levels in the ocean have played a major role in at least four of the planet's five mass extinctions. "Until recently the best hypothesis for them was a meteor strike," he said. "So 65 million years ago they've got very good evidence ... all the dinosaurs died because of smoke and stuff in the atmosphere from a meteor strike.

Smithsonian Gives in to the Far Right, Censors the Artist Who “Spoiled Christmas” Incoming House Speaker John Boehner and Majority Leader Eric Cantor called yesterday for the closing of an exhibit at the Smithsonian’s National Portrait Gallery that features work with sexual themes and a video about the AIDS epidemic in Latin American culture that includes 11 seconds of ants crawling on a Christ figure. Museum director Martin Sullivan has announced that the video has been removed from the exhibit because “people were leaping to a conclusion that we were intentionally trying to provoke Christians or spoil the Christmas season.” Bill Donohue, president of the Catholic League, who has a long history of far-right extremism, is the main force behind the move to censor the privately-funded exhibit. Michael B. “There is absolutely no reason for our government to be in the business of censoring art, or cave to pressure from extreme Religious Right organizations just because it’s Christmas.

NASA Finds New Life Senate Republicans to World: We're Not Paying for Climate Image courtesy of Wikimedia Commons. The Senate's leading climate change denier, James Inhofe (R-Okla.), isn't making an appearance in Cancun this year. He dropped in for a short visit to Copenhagen last year, where his presence mostly served to confuse and disturb reporters from other countries. This year he decided to make a video presentation at a side event in Cancun organized by Americans for Prosperity, an astroturf group funded in part by fossil fuel interests, rather than show up. But he and three other Republican Senators on Thursday reminded the world that they intend to block funding for climate-related issues. In a letter to Secretary of State Hillary Clinton, Inhofe joined John Barrasso (Wy), David Vitter (La.), and George Voinovich (Ohio) in requesting that the US stop "wasting" money on programs to help developing countries reduce emissions and adapt to climate changes. The senators note that that their main concern is deficit spending.