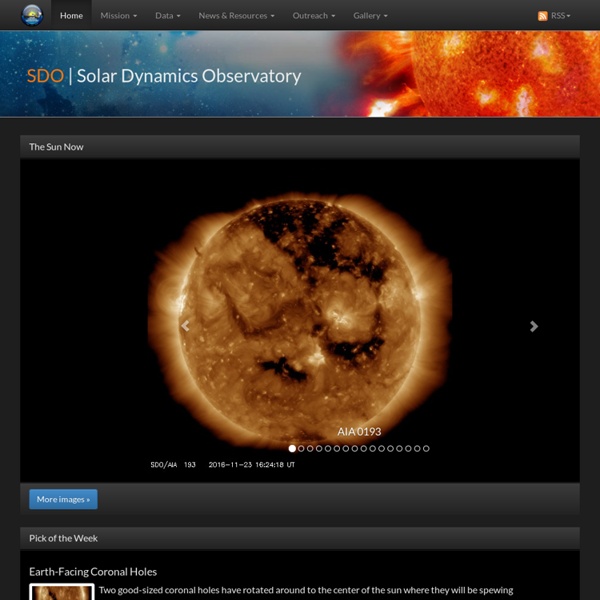 NASA: Huge solar flare may disrupt power and communications By Agence France-PresseTuesday, June 7, 2011 18:13 EDT WASHINGTON — An unusual solar flare observed by a NASA space observatory on Tuesday could cause some disruptions to satellite communications and power on Earth over the next day or so, officials said. The potent blast from the Sun unleashed a firestorm of radiation on a level not witnessed since 2006, and will likely lead to moderate geomagnetic storm activity by Wednesday, according to the National Weather Service. “This one was rather dramatic,” said Bill Murtagh, program coordinator at the NWS’s Space Weather Prediction Center, describing the M-2 (medium-sized) solar flare that peaked at 1:41 am Eastern time in the United States, or 0541 GMT. “We saw the initial flare occurring and it wasn’t that big but then the eruption associated with it — we got energy particle radiation flowing in and we got a big coronal mass injection,” he said. “You can see all the materials blasting up from the Sun so it is quite fantastic to look at.”

NASA's Time-Lapse Video Capturing Five Years On The Sun's Surface Is Simply Spectacular This image shows the Large Magellanic Cloud galaxy in infrared light as seen by the Herschel Space Observatory, a European Space Agency-led mission with important NASA contributions, and NASA's Spitzer Space Telescope. In the instruments' combined data, this nearby dwarf galaxy looks like a fiery, circular explosion. Rather than fire, however, those ribbons are actually giant ripples of dust spanning tens or hundreds of light-years.

School of Mathematics and Physics Pictures above: (1) Longtime custodian of the famous experiment, the late Professor John Mainstone. (2) Three webcams trained on the experiment 24/7. (3) The Pitch Drop Experiment. (4) Close up of the pitch drop. About the Pitch Drop Experiment While the School of Mathematics and Physics at The University of Queensland has an international reputation for cutting-edge research and innovative teaching in the disciplines of Mathematics, Physics and Statistics, it is also home to the famous Pitch Drop Experiment. The experiment is listed in the Guinness Book of World Records as the world's longest-running laboratory experiment. The first Professor of Physics at UQ, Professor Thomas Parnell, began an experiment in 1927 to illustrate that everyday materials can exhibit quite surprising properties. The experiment demonstrates the fluidity and high viscosity of pitch, a derivative of tar once used for waterproofing boats.

Time Machine A METEOR SHOWER IN BROAD DAYLIGHT: The annual Arietid meteor shower peaks this week on June 7th and 8th. The Arietids are unusual because they are daytime meteors; the shower is most intense after sunrise. People who wake up early might notice a small number of Arietids during the dark hours before dawn. The real action, however, occurs in broad daylight. Tune into the meteor radar for echoes. M-FLARE AND RADIATION STORM: This morning around 0641 UT, magnetic fields above sunspot complex 1226-1227 became unstable and erupted. Neptune and Uranus May Have Oceans of Liquid Diamond Future humans won't have to wait to travel to Pandora for the chance to mine unobtanium, because Neptune and Uranus may have diamond icebergs floating atop liquid diamond seas closer to home. The surprise finding comes from the first detailed measurements of the melting point of diamond, Discovery News reports. Scientists zapped diamond with a laser at pressures 40 million times greater than the Earth's atmosphere at sea level, and then slowly reduced both temperature and pressure. They eventually found that diamond behaves like water during freezing and melting, and that chunks of diamond will float in the liquid diamond. Diamond oceans could explain why the magnetic fields of Uranus and Neptune appear tilted so far off their north-south axes, given that they could deflect or tilt the magnetic fields.

Biggest Questions of the Universe This is a portion of the first 360-degree view of the martian surface taken by Spirit's panoramic camera. Part of the spacecraft can be seen in the lower part of the image. PhotoCredit: NASA/JPL/Cornell Humongous Alien Mothership UFO ‘Sucking’ Energy From Sun Spooks UFO Hunters: UFOs Draining Sun’s Energy Could Kill It, UFOlogists Worry UFO hunters have once again expressed concern that swarms of massive alien UFOs — some Earth-size — often spotted in NASA’s Solar and Heliospheric Observatory (SOHO) satellite images parked in orbit around the Sun and “sucking” energy from the Sun could shorten its lifespan. UFO blogger Scott Waring expressed concern once again this week after the prolific UFO hunter Streetcap1 reported spotting a massive, cross-shaped interstellar mothership hovering above the Sun’s fiery atmosphere. The alleged starship appeared to have a huge extension dipped or plugged into the Sun’s corona, “sucking” energy directly from it. Streetcap1 uploaded to YouTube on March 21, 2016, images of the Sun’s atmosphere snapped on March 20 by the SOHO satellite — managed jointly by NASA and the European Space Agency (ESA) — stationed in space between Earth and the Sun to collect near-real-time solar data need to predict space weather.

Pitch drop experiment The University of Queensland pitch drop experiment, featuring its then current custodian, Professor John Mainstone (taken in 1990, two years after the seventh drop and 10 years before the eighth drop fell). University of Queensland experiment[edit] The eighth drop fell on 28 November 2000, allowing experimenters to calculate that the pitch has a viscosity approximately 230 billion (2.3×1011) times that of water.[2] This is recorded in Guinness World Records as the world's longest continuously running laboratory experiment, and it is expected that there is enough pitch in the funnel to allow it to continue for at least another hundred years. This experiment is predated by two other still-active scientific devices, the Oxford Electric Bell (1840) and the Beverly Clock (1864), but each of these have experienced brief interruptions since 1937.

The Ancient Solar Hypothesis « Secrets of the Sun Sects By Christopher Jordan The Ancient Solar Premise is simple, the ancients were originally using the sun, not idolizing it. There are two key devices that support this view, parabolic sun dishes and structures that collected and stored solar energy in large stones. These technologies allowed the ancient world to thrive for centuries with the sustainable energy of the sun. The solar religions followed as the importance of the devices grew and the processes became ritualized. Eventually the solar power was replaced by fossil fuel and the historians were left with the religious view.

Proof of Life in Three Martian Rocks May Come This Year Monoliths may not have transformed Jupiter into a star and made Europa a new Earth, but the late science fiction author Arthur C. Clarke might still be pleased, wherever he is, with NASA's prediction for 2010. Spaceflight Now reports that this year should prove whether fossilized life truly exists in three Martian meteorites, one way or the other. Scientists have been reexamining the controversial Allen Hills meteorite since it sparked reaction from both NASA and the White House in 1996. But now better instruments have turned up possible Martian fossils inside two more meteorites, including a chunk of space rock that has sat inside the British Museum of Natural History in London for almost 100 years. The scientific teams are "very, very close to proving there is or has been life [on Mars]," said David McKay, chief of astrobiology at the NASA Johnson Space Center in Houston, in a Spaceflight Now interview.