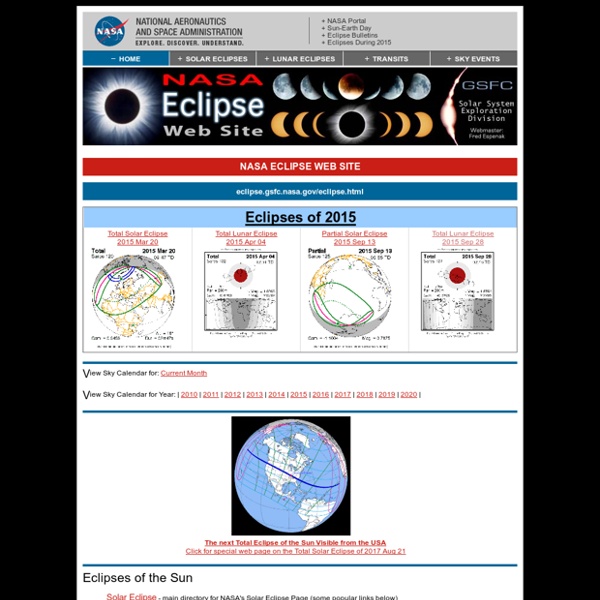 A supernova that's super different A researcher at the Harvard-Smithsonian Center for Astrophysics believes that a new kind of supernova is at work in recent observations of bright but short-lasting stellar explosions that don’t appear to fit known categories. Hagai Perets began working on the problem after coming across a description of a 2002 supernova, discovered by University of California, Berkeley, researchers, whose description didn’t seem to fit into known categories. Instead of forgetting about it, he dove into past literature, looking for similar supernovas with unexplained characteristics. He found two, from 1885 and 1939. He eventually tracked down the spectrum of the 1939 supernova on an old photographic glass plate he obtained from the Carnegie Observatories.

Photograph the Stars From Wired How-To Wiki Comets are a great starting point for amateur astrophotographers. Photo by aroberts via Flickr. It sounds like something you'd have to be a pro to attempt, but taking pictures of the heavens is easy to do with the even the simplest of set-ups. Here are some tips for getting the best results when you tilt your camera towards the heavens. This page is part of a wiki. This Damn Beautiful Autumn - Fall in Photographs You could easily argue that autumn is the most beautiful season of the year. Leaves turn to yellow, orange, and bright shades of crimson. They fall like a shower from the trees, giving us a way to watch the wind dance.

LRO Showing Us the Moon as Never Before NASA's Lunar Reconnaissance Orbiter (LRO) has forever changed our view of the moon, literally bringing it into sharper focus and showing us the whole globe in unprecedented detail. This rich new portrait has been rendered by LRO's seven onboard instruments, which together have delivered more than 192 terabytes of data, images and maps - the equivalent of nearly 41,000 typical DVDs. "This is a tremendous accomplishment," says Douglas Cooke, Associate Administrator of the Exploration Systems Mission Directorate at NASA Headquarters, Washington.

Stellarium EarthPorn: Mother Nature in all of her succulent beauty. Pax Americana and the Weaponization of Space Star Wars is no longer science fiction. The prospect of Earth being ruled from space is no longer science-fiction. The dream of the original Dr. Strangelove, Wernher von Braun (from Nazi rocket-scientist to NASA director) has survived every US administration since WW2 and is coming to life. Today the technology exists to weaponize space, a massive American industry thrives, and nations are maneuvering for advantage. Astronauts May Evacuate Space Station in November, NASA Says This story was updated at 12:30 p.m. EDT. The International Space Station may have to start operating without a crew in November if Russian engineers don't figure out soon what caused a recent rocket failure, NASA officials announced today (Aug. 29). The unmanned Russian cargo ship Progress 44 crashed just after its Aug. 24 launch to deliver 2.9 tons of supplies to the orbiting lab. The failure was caused by a problem with the Progress' Soyuz rocket, which is similar to the one Russia uses to launch its crew-carrying vehicle — also called Soyuz — to the station.

Huge Defunct Satellite to Plunge to Earth Soon, NASA Says For the latest news about NASA's UARS spacecraft fall, visit: Falling NASA Satellite: Complete Coverage of UARS Spacecraft's Fiery Demise. Heads up! That's the word from NASA today (Sept. 7) given the impending re-entry of a 6.5-ton satellite through Earth's atmosphere. The huge Upper Atmosphere Research Satellite (UARS) is expected to re-enter Earth's atmosphere in an uncontrolled fall in late September or early October. Much of the spacecraft is expected to burn up during re-entry, but some pieces are expected to make it intact to the ground, NASA officials said. The U.S. space agency will be taking measures to inform the public about the pieces of the spacecraft that are expected to survive re-entry.

"Alien" Particles Found Invading Our Solar System—A First For the first time, a NASA spacecraft has directly observed "alien" particles that came from beyond our solar system, astronomers announced today. The discovery not only gives us a glimpse of what exists in the so-called interstellar medium—the matter between stars—but also offers clues to the anatomy of our local galactic neighborhood. Orbiting Earth some 200,000 miles (322,000 kilometers) away, the Interstellar Boundary Explorer (IBEX) spacecraft was able to snag samples of hydrogen, oxygen, and neon that came from interstellar space. "It's exciting to be able to have these first observations of alien matter—stuff that didn't come from our sun or the planets, but came from the outside of our solar system, from other parts of the galaxy," David McComas, team leader for the IBEX program, said during a NASA news conference Tuesday. "We think these are really important measurements, because these elements are the fundamental building blocks of stars, planets, and people."