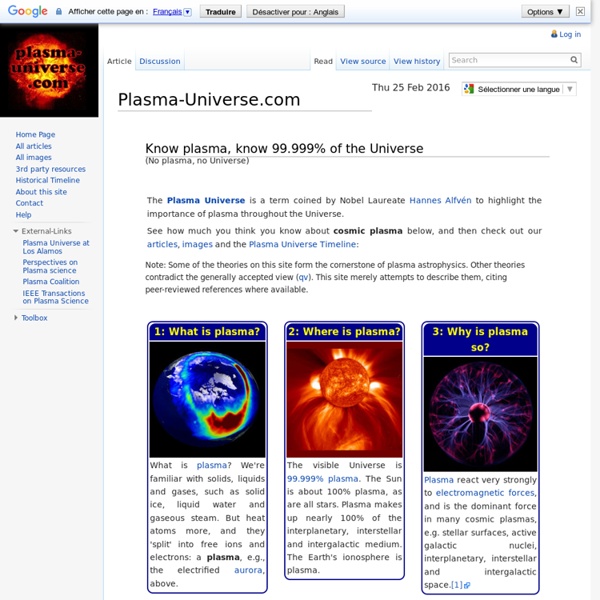 The 5th state of matter Summary: beautiful filament-systems are often shown by the astonishing development of the modern astronomy. Most of these filaments have an exact circular cross section. Filaments have the same interesting characteristics from a diameter of 0.01 mm to that of many 1000 of light-years. Filaments are incorrectly seen to be of plasma, however, particles move in only one direction in them, often against gravity. In this non-thermal (fifth-) state of matter, particles have up to 1016 -times higher energy than those in the hottest stellar plasma. Key words: Acceleration of particles, Bose-Einstein condensate, corona, corona problem, cosmic rays, fifth state of matter, filament, flux tube, forbidden lines, heat-motion, hypernova, jet, lightning, magnetic tube, non-thermal-phenomena, pinch-effect, plasma, solar dynamo, state of matter, supernova, temperature-scale. Ice is transformed to water at 0°C when the energy of its molecules (particles) increases. Fig. 1 The temperature scale.