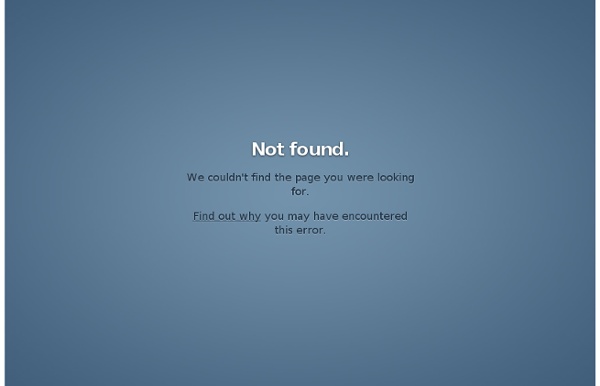 15 Bogeymen From Around The World Creepy The bogeyman is a legendary ghost-like monster. The bogeyman has no specific appearance and conceptions of the monster can vary drastically even from household to household within the same community; in many cases he simply has no set appearance in the mind of a child, but is just an amorphous embodiment of terror. The Namahage visits each house on New Year’s to ask if any misbehaving children live there. The Korean bogeyman is called Kotgahm, which is the word for persimmon. Duérmete, niño, duérmete ya. If you think of a coconut as a head, with the three holes the features of a face, you can see how El Coco might be transformed in the mind of a child to a hairy little man. One of the most unusual of the world’s bogeys is Groke, a giant blue blob who is so lonely and sad that the ground beneath her feet freezes as she walks. There are many theories about the origin of the word “bogeyman.” The boggart is a malicious fairy who causes personal calamities, small and large.

The Mystery Behind Anesthesia Going under: Emery Brown’s quest to understand how anesthesia affects the brain could ­provide crucial clues about what goes wrong in certain ­disorders. A video screen shows a man in his late 60s lying awake on an operating table. Just outside the camera’s view, a doctor is moving his finger in front of the man’s face, instructing him to follow it back and forth with his eyes. Seconds later, after a dose of the powerful anesthetic drug propofol, his eyelids begin to droop. Then his pupils stop moving. As an anesthesiologist at Massachusetts General Hospital (MGH), Brown is constant witness to one of the most profound and mysterious feats of modern medicine. But though doctors have been putting people under for more than 150 years, what happens in the brain during general anesthesia is a mystery. “By taking away different functions that we associate with consciousness,” Brown says, “we might be able to start piecing together parts of the jigsaw puzzle.”

The Strangers | Creepypasta Index My name is Andrew Erics. I lived, once, in a city called New York. My mother is Terrie Erics. It all started when I decided, around the time that I turned twenty-five, that it was time for me to give up taking my backpack in to work. I had an mp3 player, which helped pass the time for a while, but when it broke – it would shut down at the end of every song if I didn’t skip to the next track manually – I gave that up too. Just as people-watching was threatening to get unbearably boring, I found my first incongruity. He was on the subway in the afternoons. By the time the subway reached my stop, I found myself queasy, and when I exited the car my hands were shaking like I was having a nicotine fit. I found myself intentionally dawdling after work in the afternoons, stopping to browse in kiosks in the mall near the subway even when I didn’t intend on buying anything. They didn’t, though, not in any way that I could tell. He hadn’t gone anywhere! I lost my job the next week.

[2.0] Refining The Art v2.3.1 / chapter 2 of 13 / 01 nov 12 / greg goebel / public domain * The invention of frequency analysis made simple monoalphabetic substitution ciphers much too easy to crack, and led cryptographers to design new and more formidable codes and ciphers over the next centuries; the contest between codemaker and codebreaker escalated to a higher level. In the meantime, the general public began to recognize the use of codes and ciphers, and simple cryptosystems came into popular use. * The Arab world was well ahead of the West in cryptanalysis, but in European monasteries, monks engaged in analysis of Biblical texts kept interest in cryptology alive in the West. Their interest was provoked partly by the fact that the original Hebrew sources of the Old Testament actually include enciphered words, though more as a literary gimmick than to keep secrets. The French codebreaking tradition began with Philibert Babou, who was followed by Francois Viete. use the force luke -- gives: -- and so on.

The Economics of Happiness In the last few years, a growing number of economists have been discovering happiness. It's not that they are spending more time admiring flowers, helping old folks cross the road, dancing on the street or baking pies for neighbors. In fact, these happiness economists are working long hours in soul-numbing ways, torturing data with their latest econometric techniques to force deeply buried facts to the surface. What is different is that these economists are revisiting old assumptions and asking new questions. They're not taking the neoclassical model of rational economic man for truth. Not everyone is welcoming this new research program. I talked to Rafael Di Tella, an Argentinean economist at the Harvard Business School who is deeply involved in happiness research. How worried are those who believe society is but the sum of all the (selfish) individuals (with insatiable appetites) who square off in the market against powerful corporations freed of government control?

Creepypasta Index | Scary Horror & Paranormal Stories Culture Vaults : Resonant Frequencies and the Human Brain One of the great revelations of 20th century science is that all existence can be broken down into simple wave functions. Every photon, energy emission, and elementary particle rings with its own unique wave signature. When we see a color, we are actually seeing a distinct frequency of visible light. When we hear a sound, our eardrums are actually being vibrated by subtle waves in the air molecules around us. Even the neurochemical processes of human consciousness ­ our very thoughts ­ ring with their own distinct wave patterns. By studying the way that waves interact with other waves, researchers have found that even low-powered oscillations can have enormous effects on standing waves, physical structures, and even the human brain. Tesla first realized the massive potential of resonant waves in 1898 when he performed a simple experiment with an electromechanical oscillator the size of an alarm clock. "The principle cannot fail," Tesla would say. Monroe's Big Discovery The Neural Radio

@iron_ammonite - Wildlife & TV: The Deadliest place on Earth? Surviving Cueva de los Cristales - The Giant Crystal Cave Summary: Filming in the Giant Crystal Cave, one of the deadliest places on the planet. For BBC series 'How Earth Made Us' & National Geographic Series 'How The Earth Changed History'. It's 50oC and has a humidity of 100%, less than a couple of hundred people have been inside and it's so deadly that even with respirators and suits of ice you can only survive for 20 minutes before your body starts to fail. It’s the nearest thing to visiting another planet – it’s going deep inside our own. Highway to Hell My director, Nigel Walk and I, arrived in the quiet town of Naica as the morning sun painted the Chihuuahua desert a golden hue - it was a serene moment of calm that wasn't to last long. 1000 feet down, we arrived at the control room where conditions were already an exhausting 45oC and 55% humidity. The control room. ‘You think this is hot’ said Gonzalo gesturing towards a vaulted iron door ‘This is just a cool breeze compared to what you’ll feel like in there’… ‘ready to go?’ Aborted relics

The Dictionary of Obscure Sorrows infoverse - octomatics Plastic-eating fungus could help deal with landfill A team from Yale University has discovered a fungus deep in the South American rainforest that can live entirely on plastic - offering hope for new methods of waste disposal. Pestalotiopsis microspora, found in the jungles of Ecuador, can digest polyurethane - which often currently ends up in landfill and takes generations to decay. Burning polyurethane releases toxins as well as carbon dioxide; and, while it can be recycled, it frequently isn't. The fungus can live entirely on polyurethane. And, most intriguingly, the fungus can break down polyeurethane even without the presence of oxygen, meaning it could do its trick even at the bottom of a landfill site. The fungus was discovered on the university's annual Rainforest Expedition last year. Jonathan Russell has isolated the enzyme that the fungus uses to degrade the polyeurethane, a serine hydrolase.

well wikipedia articles can be written by anyone and so it's never guaranteed they are 100% correct... by nathancondorhaines Jan 10

I know they are wikipedia entries and so may not be facts, but it's still probably the most appropriate place to put it. by nathancondorhaines Jan 10