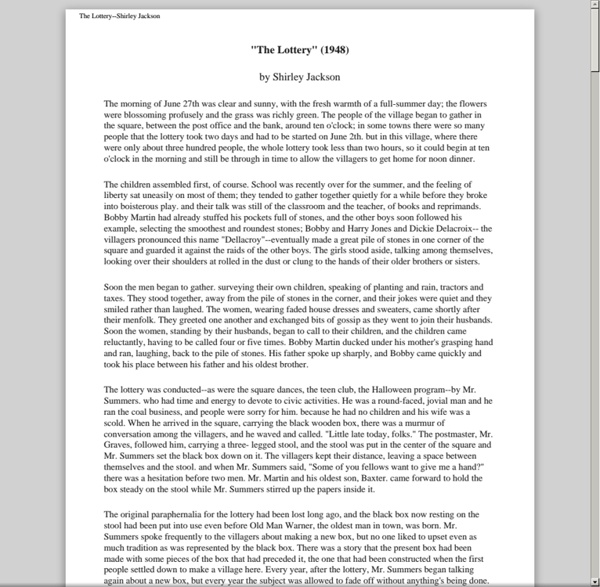 outskirts -Home- - Almond Press 5 Steps to Write a Short Story How do you write a short story? How is writing a short story different than writing a novel? These are tough questions to answer because there are as many types of short stories as there are types of novels. Still, if you want to write a short story, here are five steps to help you get started: Before you write your short story, make sure you sharpen your pencil. 1. Real writers read, and as Stephen King said, “If you don’t have time to read, you don’t have time to write.” If you’ve never read a short story, you’re going to have a difficult time writing one. To find a few good short stories in your favorite genre, check out our free resource, 44 Literary Magazines to Submit To. 2. Before you begin writing, try a screenwriting trick known as loglines. Logline: A lonely, Southern woman is found dead and decaying in her home after being abandoned by her lover. This will help you understand what your story is about. 3. Instead, just write. 4. All good writing is rewriting. 5.

A Good Man is Hard to Find The grandmother didn't want to go to Florida. She wanted to visit some of her connections in east Tennes- see and she was seizing at every chance to change Bailey's mind. Bailey was the son she lived with, her only boy. He was sitting on the edge of his chair at the table, bent over the orange sports section of the Journal. "Now look here, Bailey," she said, "see here, read this," and she stood with one hand on her thin hip and the other rattling the newspaper at his bald head. "Here this fellow that calls himself The Misfit is aloose from the Federal Pen and headed toward Florida and you read here what it says he did to these people. Bailey didn't look up from his reading so she wheeled around then and faced the children's mother, a young woman in slacks, whose face was as broad and innocent as a cabbage and was tied around with a green head-kerchief that had two points on the top like rabbit's ears. "Yes and what would you do if this fellow, The Misfit, caught you?" "Hey!" "Hush!"

7 Steps to Creating a Flexible Outline for Any Story Mention the word outline in a room full of writers, and you’re sure to ignite a firestorm of passionate debate. Writers either love outlines, or they hate them. We either find them liberating, or we can’t stand how confining they are. My experience has been that more often than not, those who swear they dislike outlines are thinking of them in the wrong ways. Outlines are not meant to trap you into preset ideas or sap your creativity before you start the first draft. Outlines are also definitely not meant to be lifeless Roman-numeral lists. This guest post is by K.M. To imbue your writing with the full power of outlining, you need to approach the process from a mindset of flexibility and discovery. At their best, outlines can help you flesh out your most promising story ideas, avoid dead-end plot twists and pursue proper structure. [Learn important writing lessons from these first-time novelists.] 1. Your premise is the basic idea for your story. • Who is the protagonist? 2. 3. 4. 5. 6.

Zoetrope: All-Story: Current Issue As a special online supplement to the Winter 2014/2015 issue, the editors present the prizewinning story from the 2014 Zoetrope: All-Story Short Fiction Contest. And there it was—the cross. One blue line meant no baby. Riaan sat slumped at the kitchen table, covered in yellow pollen dust. They awoke to a commotion in the kitchen. Estelle mixed the sticky rusk dough with her hands, as her grandmother had taught her to do. The afternoon was sunny but the children played inside, comforting the remaining kittens. Estelle handed Riaan his coffee. That night, she dreamed she was hungry and walked into the kitchen. At breakfast he told the boys that someone had called for the kittens, that they had found a good home.