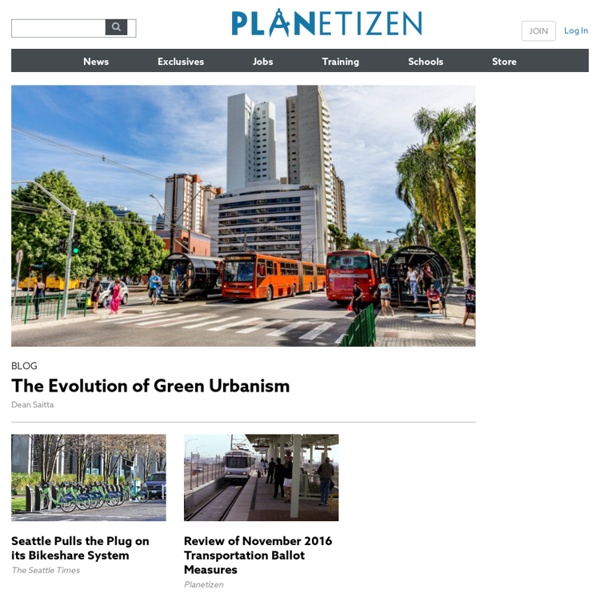 Emergent Urbanism, or ‘bottom-up planning’ I was asked to write an article around ‘bottom-up planning’ by Architectural Review Australia a while ago. It was published in the last issue, and I’m re-posting here. ‘Bottom-up’ is hardly the most elegant phrase, but I suspect you know what I mean. Either way, I re-cast it in the article as ‘emergent urbanism’ which captured a little more of the non-planning approaches I was interested in (note also the blog of same name, which I didn’t know about beforehand). It partly concerns increased transparency over the urban planning process but also, and perhaps more interestingly, how citizens might be able to proactively engage in the creation of their cities. While it applies to Australian cities most closely, I hope the ideas here might be more generally interesting.

Berliner Kinder: Berlin and its playborhoods You’ve heard my fellow Placeshaker, Scott Doyon, say Smart Growth = Smart Parenting. More than once, actually. As well as how living in a walkable neighbourhood may shape our children. I’ve also talked about how my winter city, Winnipeg, nurtures active kids, as well as put some of those ideas into a TEDxTalk. Last week, walking around Berlin, my 10-year old pointed out the exceptional numbers of downtown kids, and really enjoyed hanging out in some of the neighborhood parks.

Essential World Architecture Images- Search by style Chicago school (architecture) Chicago's architecture is famous throughout the world and one style is referred to as the Chicago School. The style is also known as Commercial style. In the history of architecture, the Chicago School was a school of architects active in Chicago at the turn of the 20th century. They were among the first to promote the new technologies of steel-frame construction in commercial buildings, and developed a spatial aesthetic which co-evolved with, and then came to influence, parallel developments in European Modernism.

In A Dutch Town, A Glowing Bike Path Inspired By Van Gogh Artist Dan Roosegaarde pays tribute to Vincent Van Gogh's painting Starry Night by creating this bike path in Van Gogh's hometown of Eindhoven. (Courtesy of Studio Roosegaarde) In the Dutch town of Eindhoven, artist Daan Roosegaarde has paid homage to its most famous resident, Vincent Van Gogh, by creating a glowing bike path that relies on solar-powered LED lights and interprets his classic painting Starry Night. Roosegaarde says he wants his work, illuminated by thousands of twinkling blue and green lights, to speak to everyone.

Do You Read These Planning Magazines? I'm frequently asked for recommendations for good planning magazines. As editors of Planetizen, we come across a staggeringly impressive and diverse array of web-based content. But sometimes there is nothing quite like browsing a good magazine in your hands as you commute home on the subway. Here's my quick rundown of a variety of printed planning magazines you might consider reading. (If I've missed your favorite, please add it the comments, and mention why you like it.)

What's Up With That: Building Bigger Roads Actually Makes Traffic Worse Stuart Dee/Getty I grew up in Los Angeles, the city by the freeway by the sea. And if there’s one thing I’ve known ever since I could sit up in my car seat, it’s that you should expect to run into traffic at any point of the day. Yes, commute hours are the worst, but I’ve run into dead-stop bumper-to-bumper cars on the 405 at 2 a.m. As a kid, I used to ask my parents why they couldn’t just build more lanes on the freeway. Maybe transform them all into double-decker highways with cars zooming on the upper and lower levels.

DIY Urbanism The current economic crisis has proven to be more than a challenge to our wallets: it has tested our faith in personal agency and our optimism in the future. But this malaise has met its match in the Bay Area, where a spirit of fierce independence has always thrived. Here the bad economy has a silver lining: it has reinvigorated and mobilized the community of do-it-yourself urbanists. A mere snapshot of this burgeoning movement, this exhibit — on view at the Urban Center from September 7–October 29 — includes a selection of these projects, organized into four categories.

The Physics of Gridlock - The Atlantic What causes traffic jams? The depressing answer may be nothing at all. BERTRAND Russell once observed that animal behaviorists studying the problem-solving abilities of chimpanzees consistently seemed to detect in their experimental subjects the "national characteristics" of the scientists themselves. A divergence in the findings of the practical-minded Americans and the theoretically inclined Germans was particularly apparent.

Scientists Show How Too Many Cars Lead to Spontaneous Traffic Jams - News and reviews You’ve all been there: Crawling through rush hour traffic, surrounded by cars on all sides, when – suddenly – you’re not! You didn’t pass a roadside accident or navigate a congested merging lane, but for no reason at all you’re now clear to floor it. And you’re thinking, what was the deal with that traffic jam, anyway? Turns out it took a group of Japanese physicists to demonstrate the answer. This video from a 2008 study published in the New Journal of Physics shows how traffic jams can spontaneously appear and spread on roads near the limit of their carrying capacity.