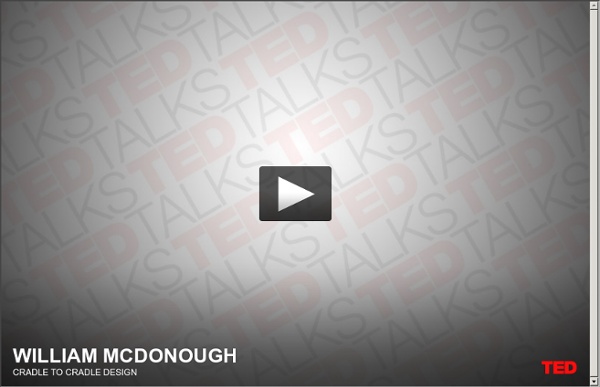 A Once-Polluted Chinese City Is Turning from Gray to Green by Christina Larson 17 Oct 2011: Report by christina larson Almost every day of his childhood, He Xin remembers the skies in his hometown of Shenyang being gray. “If I wore a white shirt to school, by the end of the day it would be brown,” recalls He, who was born in 1974, “and there would be a ring of black soot under the collar.” He grew up in Shenyang (population 8 million), the capital of northeastern China’s Liaoning province, a city famous for its heavy industry and manufacturing — and soot and pollution.

Leadership in Energy and Environmental Design Leadership in Energy and Environmental Design (LEED) is a set of rating systems for the design, construction, operation, and maintenance of green buildings, homes and neighborhoods. Developed by the U.S. Green Building Council (USGBC), LEED is intended to help building owners and operators be environmentally responsible and use resources efficiently. Proposals to modify the LEED standards are offered and publicly reviewed by USGBC's member organizations, which number almost 20,000.[citation needed] Unlike Model Building Code, such as the International Building Code, only members of the USGBC and specific "in-house" committees may add, subtract or edit the standard, based on an internal review process.

A Retinal Prosthetic Powered by Light Retinal implants powered by light could reverse some vision loss with simple surgery. The new implant, which works like a combination digital imaging chip and photovoltaic array, requires much less bulky hardware than previous designs. The devices have yet to be tested in live animals or human patients, but the implants are creating excitement among researchers because they have greater pixel densities and may restore more vision than other retinal prosthetics being worked on. People suffering from macular degeneration (the most common cause of blindness among older people) and some other forms of blindness have lost the light-sensing cells in the retina but still have the underlying nerve cells that convey visual information to the brain. Retinal implants use electrodes to stimulate those nerves.

About Worldchanging "Architecture or Revolution. Revolution can be avoided." Le Corbusier, Vers une Architecture, 1923 Le Corbusier had it wrong. One billion people live in abject poverty. Four billion live in fragile but growing economies. Concrete Joint Sustainability Initiative The concepts of sustainability and sustainable development arose from concerns that our economic imperatives – the provision of products and services, the growth of communities and businesses – is proceeding at a rate and manner that undermines the earth's capacity to supply resources, absorb wastes, and support the incredibly diverse life that it does – including people. For all the benefits economic growth provided to society it was undermining the ecosystem integrity, social fabric, and health of all. Hence, sustainability describes some aspect of maintaining our resources from the environment to the quality of life, over time. It can also refer to the ability to tolerate—and overcome—degradation of natural environmental services, diminished productivity due to man’s relationship to the planet and each other. From this we can infer that resilience is a prerequisite to sustainability.

Bike Yamaha MTH 500 Concept is a layout study of a bike inspired simply by Yamaha’s philosophy and innovative technology. It absolutely was created by Stephane Fougere from France. Depending on the dimensions of the 2007… Read Post → ROTA Bike offers an incredibly fast and intuitive strategy of compacting. Simply rotate the particular centrally located ring to unlock and fold your front wheel and seat to the rear. Japanese Precut Timber Construction The traditional wooden construction of Japanese architecture is extremely detailed. Its exacting precision and craftsmanship has stood the test of time for centuries. However, the process of handcrafting each wooden beam with mortises and tenons is quite labor intensive, and with an aging workforce, automation of the production process is key to continuing the tradition. A recent example of this fully automated technology at work is Bakoko’s Onjuku Beach House, which was erected in 1 day by a small construction team led by two carpenters. What is truly amazing, besides the ability to assemble a house in one day is, the ease and precision of the construction. It all starts at the factory, where the architectural drawings are turned into shop drawings that the computers can read.