Animated map shows how religion spread around the world 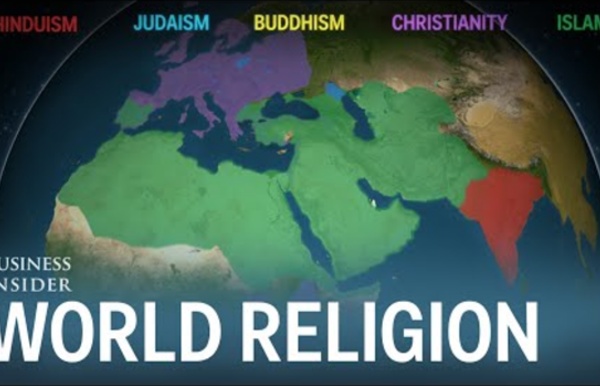 The Human Journey: Migration Routes When humans first ventured out of Africa some 60,000 years ago, they left genetic footprints still visible today. By mapping the appearance and frequency of genetic markers in modern peoples, we create a picture of when and where ancient humans moved around the world. These great migrations eventually led the descendants of a small group of Africans to occupy even the farthest reaches of the Earth. Our species is an African one: Africa is where we first evolved, and where we have spent the majority of our time on Earth. The earliest fossils of recognizably modern Homo sapiens appear in the fossil record at Omo Kibish in Ethiopia, around 200,000 years ago. Although earlier fossils may be found over the coming years, this is our best understanding of when and approximately where we originated.

Digital Humanities 2013 8:30am - 10:00amLP01: Long Paper SessionLocation: Embassy CChair: Edward Vanhoutte Uncovering the “hidden histories” of computing in the Humanities 1949 – 1980: findings and reflections on the pilot project Nyhan, Julianne Digital Textual Studies, Social Informatics, and the Sociology of Texts: A Case Study in Early Digital Medievalism Simpson, Grant Leyton Download 91,000 Historic Maps from the Massive David Rumsey Map Collection Three years ago, we highlighted one of the most comprehensive map collections in existence, the David Rumsey Map Collection, then newly moved to Stanford University. The Rumsey Collection, we wrote then, “contains a seemingly inexhaustible supply of cartographic images”—justifiable hyperbole, considering the amount of time it would take any one person to absorb the over 150,000 physical artifacts Rumsey has amassed in one place. By 2016, Rumsey had made almost half the collection—over 67,000 images—freely available in a digital archive that has been growing since 1996. Each entry features high-resolution scans for specialists (you can download them for free) and more manageable image sizes for enthusiasts; a wealth of data about provenance and historical context; and digital, user-friendly tools that use crowd-sourcing to measure the accuracy of antiquated maps against GPS renderings.

What Historians Want from GIS By J. B. "Jack" Owens An increasing number of historians, particularly those dealing with world history or the history of large geographic regions, are becoming interested in using geographic information systems for research and teaching. Historical maps home page Down to: 6th to 15th Centuries | 16th and 19th Centuries | 1901 to World War Two | 1946 to 21st Century The Ancient World ... index of places Aegean Region, to 300 BCE Aegean Region, 185 BCE Africa, 2500 to 1500 BCE