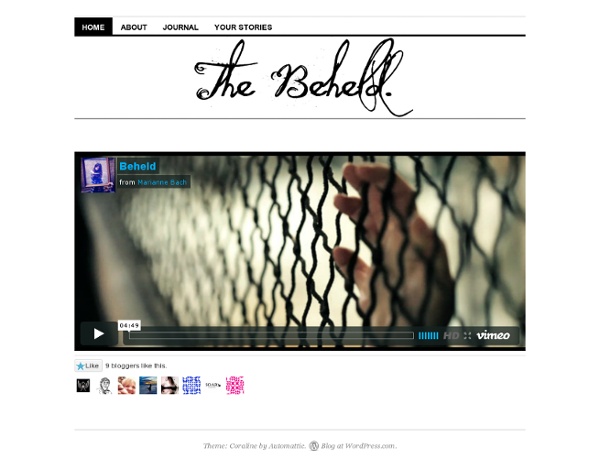 Living Well: 21 Days to Transform Your Life, Supercharge Your Health, and Feel Spectacular: Montel Williams, William Doyle Weird and Wacky Furniture By Straight Line Designs EmailEmail Straight Line Designs is a one-of-a-kind workshop that has been operating out of Vancouver, British Columbia for the past 25 years. In addition to installations, sculptures and private commissions, designer Judson Beaumont and his staff of eight full-time craftspeople have designed and constructed a variety of wacky cartoon-style furniture and projects for public institutions and children’s exhibitions throughout North America and abroad. Focused on quality and custom design, Judson’s studio stays far away from mass production and is as imaginative as children themselves. Website: StaightLineDesigns.com 1. 2. 3. 4. 5. 6. 7. 8. 9. 10. 11. 12. 13. 14. 15. 16. 17. 18. 19.Daddy Long Legs

Make A Cheap & Easy Solar USB Charger With An Altoids Tin Photos by Joshua Zimmerman The craftster behind the very popular $3 solar-powered emergency radio is back with a new awesome project: a cheap solar battery charger with a USB plug. Zimmerman wrote, saying that he saw a lot of small solar powered chargers being talked about over Earth Day, but there was a big problem: "They're all quite nice, but also quite expensive. So, he came up with his own, using one of our favorite reusable items -- the ever wonderful Altoids tin. In looking for the cheapest way to accomplish the task, Zimmerman found that he could build a USB solar charger for under $30 (or $10 if be buys parts in bulk, though it's not likely you'll be buying bulk solar cells and DC-to-USB converter circuits). Zimmerman states, "The central brain of our project is a DC to USB converter circuit. It can be done with a Minty Boost kit, a premade circuit off of ebay, or grabbing one from a cheap USB charger.

Customer Reviews: Brain Longevity: The Breakthrough Medical Program that Improves Your Mind and Memory Natural looking beach curls in under 20 minutes! I don’t know about you ladies, but I’m itching for the summer. It doesn’t help that department stores are already putting out their summer wear and swimsuits. Have you ever wanted to get that beautiful “natural” beach curl look to your hair? I want to share with you a technique that works for ALL types of hair, whether it be short, long, thick, thin, frizzy, or flat… and no curling iron involved! 1. As you can tell, I have a lot of wave to my hair, but this works for all hair types! 2. 3. 4. 5. 6. 7. 8. Something to keep in mind is, obviously, the wetter your hair is to begin with, the longer it takes to dry. Give it a try! Do you have any tips on how this will work on your hair type? (dardame.blogspot.com) Darlene loves being a wife to her husband of two years. Like This Post?

Musicovery Nickel and Dimed Nickel and Dimed: On (Not) Getting By in America is a book written by Barbara Ehrenreich. Written from her perspective as an undercover journalist, it sets out to investigate the impact of the 1996 welfare reform act on the working poor in the United States. In some ways it is similar to George Orwell's much earlier Down and Out in Paris and London, German investigative reporter Günter Wallraff's Ganz Unten (The Lowest of the Low), John Howard Griffin's Black Like Me, or, even earlier, Robert Tressell's The Ragged-Trousered Philanthropists and Jack London's The People of the Abyss. The events related in the book took place between spring 1998 and summer 2000. Social issues[edit] Foremost, she attacks the notion that low-wage jobs require unskilled labor. She argues that 'help needed' signs do not necessarily indicate a job opening; more often their purpose is to sustain a pool of applicants in fields that have notorious rapid turnover of employees. Response and criticism[edit] Ms.

Binder Clips into Office Weapons Wow, if you thought working at your white-collared job, sitting in your well equipped air-conditioned office, thinking that this is probably one of the safest place to be… you may just want to think twice about that. The office is a jungle. Beside having to watch your back against office colleagues who may be wolf in sheep’s clothes, you may just have to watch out for those seemingly utilitarian office supplies, because in conjuncture with other seemingly innocent office supplies, they may just result to be one of the deadliest office weapon yet. Below is an example of our favorite office supplies- binder clips, turned into office weapons. Take a few binder clips of varying sizes, turn them upside down, and clip the smaller binder clips inside the larger clips. It should look like this when the larger binder clips have clipped the smaller ones. Remove all the binder clip handles. Add another 2 larger binder clips on top of the smaller edge with a rubber band in between. stumbleupon

The secret world of Disneyland - travel tips and articles Disneyland may look like a straightforward theme park. But there's a secret world hidden behind the balloons, castles and cotton candy - a place where wild cats roam the park at midnight, Mickey Mouse hides in the wallpaper, and movie stars sip martinis behind closed doors. Feline security It's not easy keeping the grounds of Disneyland utterly spotless, as well as free of unwanted pests. Every night after closing time, 200 feral cats are released into the park to help keep the rodent population under control. Though Disney doesn't comment on the matter, rumour has it that the feline taskforce dates back to 1957, when renovations to Sleeping Beauty Castle revealed a colony of more than 100 stray cats. Hidden Mickeys At Disneyland, the round-eared Mickey Mouse emblem is everywhere. Cocktails behind closed doors Disneyland is dry - unless you can manage to get your name on the list at Club 33. Trick of the eye Things are not always as they appear at Disneyland. Always on stage A light stays on