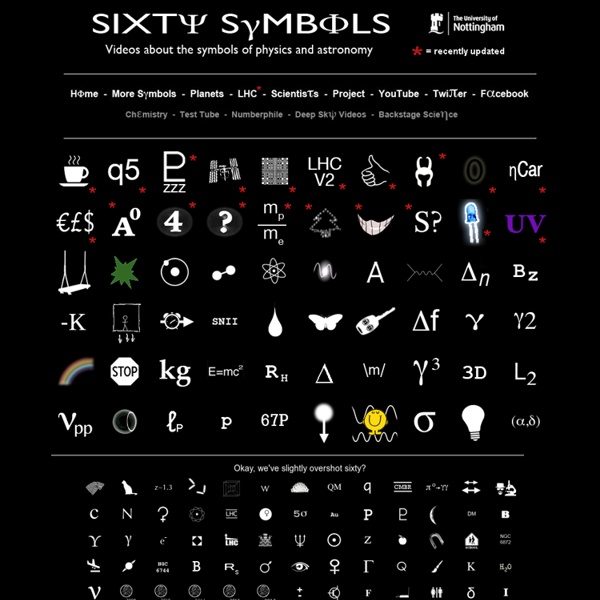 Beyond 2012: Why the World Didn't End Beyond 2012: Why the World Didn't End If you're reading this story, it means the world didn't end on Dec. 21, 2012. Despite reports of an ancient Maya prophecy, a mysterious planet on a collision course with Earth, or a reverse in Earth's rotation, we're still here. The Mayan connection "was a misconception from the very beginning," says Dr. John Carlson, director of the Center for Archaeoastronomy. What Is Nothing? A Mind-Bending Debate about the Universe Moderated by Neil deGrasse Tyson by Maria Popova “You can’t assert an answer just because it’s not something else.” Isaac Asimov — sage of science, champion of creativity in education, visionary of the future, lover of libraries, Muppet friend — endures as one of the most visionary scientific minds in modern history. Every year, the Hayden Planetarium at the American Museum of Natural History, of which Asimov had been a tenacious supporter, hosts the Isaac Asimov Memorial Debate, inviting some of the greatest minds of our time to discuss monumental unanswered questions at the frontier of science. The 2013 installment explored the existence of nothing in a mind-bending conversation between science journalist Jim Holt, who has previously pondered why the world exists, theoretical physicist Lawrence Krauss, who has explored the science of “something” and “nothing,” Princeton astrophysics professor J. The crucial notion of the calculus is the notion of the infinitesimal — the infinitely small.

Physicists Discover Geometry Underlying Particle Physics Physicists have discovered a jewel-like geometric object that dramatically simplifies calculations of particle interactions and challenges the notion that space and time are fundamental components of reality. “This is completely new and very much simpler than anything that has been done before,” said Andrew Hodges, a mathematical physicist at Oxford University who has been following the work. The revelation that particle interactions, the most basic events in nature, may be consequences of geometry significantly advances a decades-long effort to reformulate quantum field theory, the body of laws describing elementary particles and their interactions. Interactions that were previously calculated with mathematical formulas thousands of terms long can now be described by computing the volume of the corresponding jewel-like “amplituhedron,” which yields an equivalent one-term expression. Locality is the notion that particles can interact only from adjoining positions in space and time.

An Introduction to Photoshop Compositing for Beginners - Digital Photography School by Sarah Hipwell What is compositing? Simply, it means to combine two or more images to make a single picture. 50 Years of Incredible Space Images From the European Southern Observatory This week marks the 50th anniversary of one of the world’s leading astronomical institutions, the European Southern Observatory. In honor of ESO’s birthday, we take a look at some of its most stunning shots of the night sky, amazing objects in space, and the organization's beautiful telescope facilities. ESO started when astronomers from five European countries – Belgium, France, Germany, the Netherlands, and Sweden – came together on Oct. 5, 1962 to build a telescope in the Southern Hemisphere. Having a large telescope south of the equator gave these member states access to unprecedented clear skies and celestial objects that simply can’t be seen from the Northern Hemisphere, such as the Magellanic Clouds. Over the decades, many more countries have joined, including Denmark, Switzerland, Italy, Portugal, the United Kingdom, Finland, Spain, the Czech Republic, Austria, and, in 2010, Brazil, which became the first non-European state to join.

Scientific Method: Relationships Among Scientific Paradigms To see the full map of relationships among scientific paradigms, click here or on the image below. Note: The map is a large (8.7 MB) file and may take a while to download. Research & Node Layout: Kevin Boyack and Dick Klavans (mapofscience.com); Data: Thompson ISI; Graphics & Typography: W. Experiment 7 - Rotation and Gyroscopic Precession Shown in the picture below: Pasco gyro assembly with rotation sensor on base Support rod and clamp for gyro Not shown in the picture above: Intelligent Life magazine In 1914 John G. Bartholomew, the scion of an Edinburgh mapmaking family and cartographer royal to King George V, published “An Atlas of Economic Geography”. It was a book intended for schoolboys and contained everything a thrusting young entrepreneur, imperialist, trader or traveller could need.