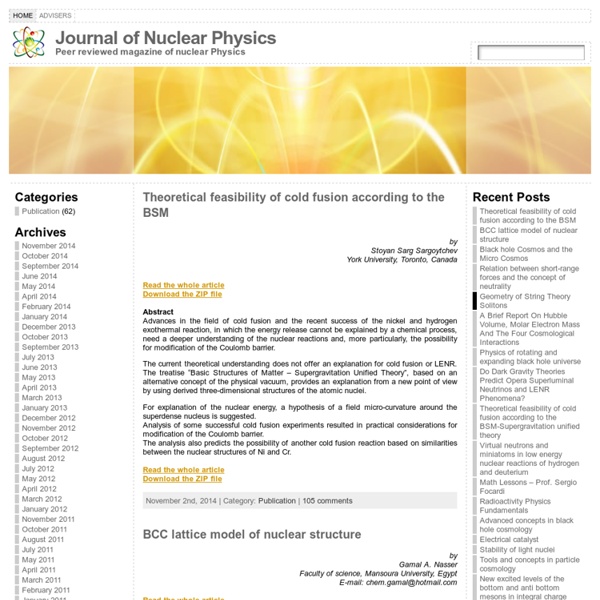 RADIATION REACTION Inertial reaction forces (discussed in "The Origin of Inertia") are a commonplace of everyday life. When we push on stuff, it pushes back because of its inertial mass. Less common in everyday life are pronounced recoil forces -- a special type of inertial reaction force -- like those experienced when shooting a gun or stepping out of a small boat onto a dock. But we know that they're quite real. Normally, electromagnetic radiation reaction forces are ridiculously small. Radiation reaction is rarely a major part of a formal course of study in physics. The specific problem with radiation reaction that we're going to be concerned with is: What happens to the mass of something as it's radiating? The masses of things nowadays are known not to be due chiefly to their electromagnetic properties. The other line of argument that suggests that the mass of electrons might be electromagnetic in origin is the fact that the electromagnetic field of a moving electron has momentum in it. . Now , and .

Prof René-Louis Vallée -- Synergetic Generator Single Circuits Generate Nuclear Reactions Tesla_2006 * NewbieSingle circuits generate nuclear reactionsAugust 01, 2006 Hello, there are many single electric and electronic circuits can generate controlled nuclear reactions, totally ecology and of low costs, I've tested 3 circuits with full results 1) Discharging a condenser in a carbon rod When a condenser is discharged in a carbon rod acelerated electrons hit the carbon atoms in a fusion reaction creating Boron in the following reaction C + e = B For this process is needed a fews Kilo-electronvolts (Kev) of energy powered for the condenser bank But that Boron atom is a inestable isotop and desintegrates in the original Carbon atom in a reversible reaction B = C + e This reaction liberates about 13 Mev, and liberates the same electron used for the first reaction but with more energy in a way of beta radiation. Very single circuit , an oscillator a doubler with a discharge condenser I know this one.

Overview The existence of transient mass fluctuations in objects subjected to large accelerations and rapid changes in acceleration depends upon "Mach's principle" and some peculiarities of "radiation reaction" forces. Mach's principle is the assertion that the physical origin of all inertial reaction forces is an interaction of the object with chiefly the most distant matter in the universe. (Inertial reaction forces are those things that push back on you when you push on stuff.) Radiation reaction forces are experienced by charged objects as they "launch" energy in the form of radiation when they are accelerated by external forces. The main document is kept free of detailed arguments and mathematics so that the conceptual argument is relatively unencumbered by technical details. What is the origin of inertia? According to Newton (and others, to this day) inertia is an inherent property of matter that is independent of all other things in the universe. Good question. So what? True. Well, yes.

Caduceus Coil The Caduceus Coil Also called the Smith Coil or the Tensor Coil The caduceus coil is well known to some branches of orthodox science but largely neglected, waved away and often relegated to what is referred to as the realms of pseudoscience and free energy irrationality. However, many electronic experimenters have reported that they have observed numerous properties unexplained by this very same science. What the following represents is a veritable ocean of unexplored possibilities. To reject such things purely on the basis of lack of theory, when others have built the hardware and seen it working, is a strange brand of science. A description of a caduceus coil by Wilbert Smith. Analog Magazine (Letters to the Editor)[ 1971 ? The coil is said to be an energy sink --- that is, current fed into it just disappears, causing no radiation, even of heat. MULTIPLE STRANDS, FERRITE CORE The wire or wires are made into the two equal lengths by doubling them over and a loop is formed at one end.

TRANSIENT MASS FLUCTUATIONS If you've read the linked documents "The Origin of Inertia" and "Radiation Reaction", you're ready to take on transient mass fluctuations. From "Radiation Reaction" you know that electromagnetic radiative processes are accompanied by reaction forces on the radiating charges that involve violations of causality and instantaneous violations of energy and momentum conservation. To the extent that gravity is like electromagnetism then, similar processes might reasonably be expected. Since gravity, by comparison with electromagnetism, is such a weak force, however, you might be inclined to think that even if transient radiative reaction type effects occurred, they would be hopelessly smaller than our ability to detect them. After all, in electromagnetism radiation reaction forces are incredibly small in all but the most extreme circumstances. So in gravity they must be smaller still. Moreover, even plain old inertial reaction forces are radiative. . 1. as: with the four-momentum and . f is . .

Free-Energy Devices, zero-point energy, and water as HHO fuel NORDTVEDT'S REMARKS ON GRAVITOMAGNETISM The literature of any field of study spans the range from awful to outstanding. And once in a long while a paper is published that is a true jewel, one that is written with crystal clarity that goes to the heart of a truly fundamental issue with little or no accompanying clutter to distract your attention from what's really important. Much has been written on the origin of inertia and Mach's principle in the past century, some of it outstandingly good. But there have only been a few jewels. Dennis Sciama's paper in the Monthly Notices of the Royal Astronomical Society back in 1953 is one. Back in the teens, almost as soon as Einstein published his general relativity theory, Lense and Thirring pointed out that a consequence of the field equations was that "frame dragging" should take place near rotating massive objects like the Earth or the Sun. Frame dragging is a clear Machian effect since rotation takes place with respect to the very distant matter in the universe. making equal to a.

Italian company to sell portable cold fusion plant deliverable next year (Phys.org) —Italian company Energy Catalyzer (shortened to ECAT) has announced that it is right now taking preorders for its ECAT 1MW portable cold fusion plant. Founded by Italian scientist Andrea Rossi, the plant has the scientific community shaking its collective head—it's never been peer reviewed and neither Rossi nor anyone else at ECAT has ever published a single paper regarding cold fusion or describing how the plant works. Cold fusion, is of course, a theoretical means of harnessing enormous amounts of energy by fusing atoms together. Normal fusion is what powers the sun, but it of course, is very hot. Rumors of how ECAT's plant works suggest it's little more than a simple tube that utilizes an unknown nano-sized nickel type catalyst. Read more: There have been various sightings of ECAT's technology, in 2011 for example, a select group of scientists was invited to witness a prototype in action.