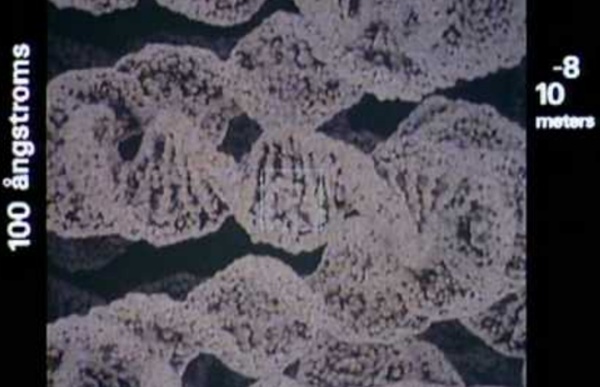 The Genetic Map Of Europe Map created by eupedia.com The map above, created by eupedia.com, shows the genetic makeup of European countries based on Haplogroups. These groups each share a common ancestor and can be one way of looking at the genetic makeup of a population. In humans, haplogroups can either be based on Y-DNA which is passed from father to son or mtDNA which is passed from mother to offspring of both sexes. The map above is only based on Y-DNA, thus only shows male common ancestors not female ones. Moreover, it should obviously not be used to imply that any country is better than any other.

Top 5 Technology Trends for 2019 Disruptive technology trends determine the way the new year will be shaped. They will accelerate and transform many industries at a rapid pace throughout the year. They will shape the world and the future and will be present on the horizon of business owners and investors alike. The intelligent digital mesh is going to include interconnected humans, robots, devices, content, and services all driven by digital transformation. Disruptive technology trends are going to propel the future where technology innovation leaders must evolve and change at the same pace of the trends they must embrace.

A Map of Every Building in America Most of the time, The New York Times asks you to read something. Today we are inviting you, simply, to look. On this page you will find maps showing almost every building in the United States. Why did we make such a thing? Dark Energy, Dark Matter Dark Energy, Dark Matter In the early 1990s, one thing was fairly certain about the expansion of the Universe. It might have enough energy density to stop its expansion and recollapse, it might have so little energy density that it would never stop expanding, but gravity was certain to slow the expansion as time went on. Granted, the slowing had not been observed, but, theoretically, the Universe had to slow. The Universe is full of matter and the attractive force of gravity pulls all matter together. Then came 1998 and the Hubble Space Telescope (HST) observations of very distant supernovae that showed that, a long time ago, the Universe was actually expanding more slowly than it is today.

'The Cosmic Connection' "We are like the inhabitants of an isolated valley in New Guinea who communicate with societies in neighboring valleys (quite different societies, I might add) by runner and by drum. When asked how a very advanced society will communicate, they might guess by an extremely rapid runner or by an improbably large drum. They might not guess a technology beyond their ken. And yet, all the while, a vast international cable and radio traffic passes over them, around them, and through them... "We will listen for the interstellar drums, but we will miss the interstellar cables. We are likely to receive our first messages from the drummers of the neighboring galactic valleys - from civilizations only somewhat in our future.

Nigerian student Ufot Ekong solves 30-year-old maths equation and breaks academic record at Japanese university - Africa Ufot Ekong, who studied at Tokai University in Tokyo, achieved a first class degree in electrical engineering and scored the best marks at the university since 1965, the Flotilla Magazine reported. He began his success early at the university, solving a 30-year-old maths equation in his first semester. Throughout his university career Mr Ekong won six awards for academic excellence. The mathematician worked two jobs alongside his studies to pay his way as a student. Mr Ekong also speaks English, French, Japanese and Yoruba and won a Japanese language award for foreigners. He is currently working for Nissan and already has two patents for electronic car design to his name.

Thinking in Powers of Ten Thinking big and small: Tools for teaching and understanding the importance of scale. We hear about scale every day, whether it be supertankers, stars burning thousands of lightyears away, the study of microscopic viruses, or global warming. Understanding scale, or as the Eameses said, “the effect of adding another zero,” has the power to make us better scholars and better citizens. Charles and Ray’s documentary, Powers of Ten—one of most famous short films ever made—has been seen as an exemplar for teaching and understanding the importance of scale for nearly four decades. Now you can explore these ideas with your class, company, or family in tandem with Scale is the New Geography, a companion film to Powers of Ten by Charles’s grandson, Eames Demetrios. Learn more about the films and watch them below.

The case for ... making low-tech 'dumb' cities instead of 'smart' ones Ever since smartphones hooked us with their limitless possibilities and dopamine hits, mayors and city bureaucrats can’t get enough of the notion of smart-washing their cities. It makes them sound dynamic and attractive to business. What’s not to love about whizzkids streamlining your responsibilities for running services, optimising efficiency and keeping citizens safe into a bunch of fun apps? There’s no concrete definition of a smart city, but high-tech versions promise to use cameras and sensors to monitor everyone and everything, from bins to bridges, and use the resulting data to help the city run smoothly.

CoP - Using Astronomy as an aid to teaching STEM The idea for this CoP, simply called “Using Astronomy as an aid to teaching STEM”, came from many interactions with schools and their teachers and culminating in the inGenious astronomy chat that involved 35 schools from across Europe in December 2012. Astronomy is a great way to “package” ideas, and understanding the universe naturally requires teachers and students to ask questions that involve all the STEM subjects, and even some non-STEM subjects. This CoP will encourage teachers to look at new ways to present some old ideas, using the fast-changing face of astronomy to provide the context.

Happy Future Day! March 1st, 2012 Marks the Start of this Soon to be Great Tradition. Celebrate Change! March 1st, 2012 – Today is the best Future Day that’s ever been. It’s also the only Future Day that’s ever been, but that’s besides the point. Future Day is the new holiday focused on celebrating all the wonderful possibilities, responsibilities, and joys that await us in the years ahead. Conceived of by Humanity+, this first annual event may yet to be in the public conscious, but it’s starting off with a bang. There are local events to be held in major cities all over the globe including Sydney, Hong Kong, Berkeley, Washington, Sao Paolo, Brussels, and Paris. This Startup Gives Poor People A Year's Income, No Strings Attached (Photo: GiveDirectly) A person whom Teresa had never met showed up at her home one day with a remarkable offer. Teresa and her family would receive what amounted to a year's income, in cash. Nothing was owed in return.

10 technologies that could combat climate change as food demand soars With the global population projected to increase by nearly 3 billion people by midcentury, demand for food—as well as the land and energy required to produce it—is to set to soar. If the world doesn’t figure out ways to cultivate far more food on less land, we’ll need to covert nearly two Indias’ worth of forests, grasslands, and other ecosystems to agricultural fields, according to a new study led by World Resources Institute researchers. That, in turn, would increase annual emissions by 15 billion tons of carbon dioxide and equivalent gases—far exceeding the 4 billion tons permissible under models that hold global warming below 2 ˚C.