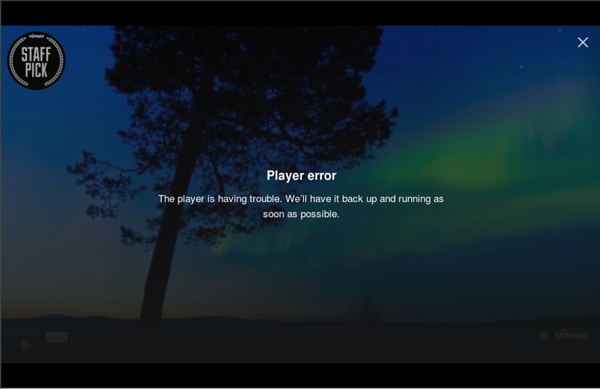 Related:  Curiosities of the biosphere

Earth's Mysterious Hum Explained Even planets can get a bad case of tinnitus, according to a new study that explains Earth's mysterious, never-ending hum. Scientists have long known that earthquakes can make the Earth sing like a bell for days or months. However, in the late 1990s, seismologists discovered the world also constantly vibrates at very low frequencies even when there are no quakes. This so-called microseismic activity is too faint for humans to feel. Now, researchers say ocean waves are the culprit behind these mysterious tremors.

Marvel at the Magnificent Marble Caves [35 PICS] Can you imagine something happening that would endanger these exquisite azure caverns? It might if Chile continues with plans to build five hydro-power dams in Patagonia. Photo #7 by © Jorge Leon Cabello The water has eroded the marble to create cavities and marble caves. There are different color shades, depending on the contents’ impurities. There are white banks of great purity, but it is also possible to find blue and pink marble banks due to the presence of other minerals.

The Top 50 'Pictures of the Day' for 2011 Every day at 5pm the Sifter posts the Picture of the Day. Below you will find a collection of the Sifter’s Top 50 from 2011. It’s hard to imagine the year is almost over, time seems to fly faster each successive year so it’s fun to take a moment and look back at the year that was. Someone Recorded Crickets then Slowed Down the Track, And It Sounds Like People Singing A composer by the name of Jim Wilson has recorded the sound of crickets and then slowed down the recording, revealing something so amazing. The crickets sound like they are singing the most beautiful chorus in perfect harmony. Though you may think it is human voices, everything you hear in this recording is in-fact crickets themselves! This recording contains two tracks played at the same time: The first is the natural sound of crickets played at regular speed while the second is the slowed down version of crickets’ voices.

Mind Blowing Examples Of LandScape Photography Mind Blowing Examples Of LandScape Photography Discover the Real Beauty of Planet Earth with the Professional Photographers of National Geographic Team, Delivering you the Best to let you Discover the Earth in it’s Finest way with their Professional Shots of Beautiful Places. View the Brilliance of Landscape Photography as follows. The Top 25 Photo Galleries of 2011 Dec 29, 2011 Below you will find a collection of the Sifter’s top 25 galleries posted in 2011. Often the most popular posts on the site, the galleries not only take our readers around the world, but back in time as well. Some galleries even show us the farthest reaching points of the Cosmos and the thriving microscopic world invisible to the human eye.

WTF Is This Weird Web-Tower Thing? We Asked Around. No One Knows - Wired Science So far, no one knows what’s crafting these enigmatic structures. Update, 1 p.m.: We’ve added comments from several more experts, below. Something in the Peruvian Amazon is making weird, intricate structures that resemble white picket fences surrounding an Isengard-like spire. No one has any idea who the mysterious craftsbug (fungus? spider?) Lifestyle We will never tire of the positive effects of nature. Its calming, soothing and inspiring influence will never go out of style. The more we rush, the more time we spend indoors staring at our screens and devices, the more urban our lifestyles become, the more we crave and need time away from it all.