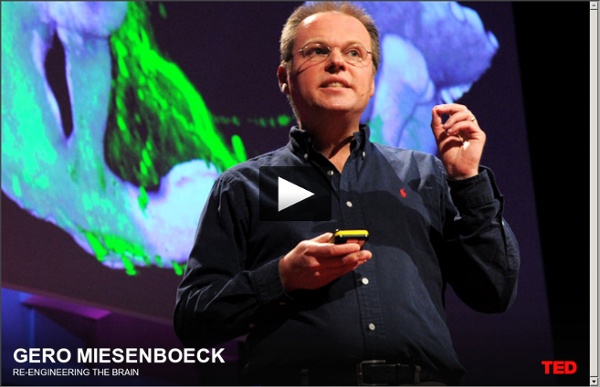 Ten Psychology Studies from 2009 Worth Knowing About - David DiSalvo - Brainspin Image by AFP/Getty Images via Daylife Several great psychology and neuroscience studies were published in 2009. Below I’ve chosen 10 that I think are among the most noteworthy, not just because they’re interesting, but useful as well. 1. If you have to choose between buying something or spending the money on a memorable experience, go with the experience. According to a study conducted at San Francisco State University, the things you own can’t make you as happy as the things you do. Neuron All neurons are electrically excitable, maintaining voltage gradients across their membranes by means of metabolically driven ion pumps, which combine with ion channels embedded in the membrane to generate intracellular-versus-extracellular concentration differences of ions such as sodium, potassium, chloride, and calcium. Changes in the cross-membrane voltage can alter the function of voltage-dependent ion channels. If the voltage changes by a large enough amount, an all-or-none electrochemical pulse called an action potential is generated, which travels rapidly along the cell's axon, and activates synaptic connections with other cells when it arrives. Neurons do not undergo cell division. In most cases, neurons are generated by special types of stem cells.

6 ways mushrooms can save the world: Paul Stamets on TED Mycologist Paul Stamets studies mycelium and lists 6 ways that this astonishing fungus can help save the world. Cleaning polluted soil, creating new insecticides, treating smallpox and maybe even the flu … in 18 minutes, he doesn’t get all the way through his list, but he has plenty of time to blow your mind. An audience favorite at TED2008. (Recorded February 2008 in Monterey, California. Duration: 17:44.) Perception puzzles, Visual Perception, Optical illusions and Paradoxes This page illustrates that our visual perception cannot always be trusted. The components of an object can distort the perception of the complete object. Our mind is the final arbiter of truth. Most optical illusions are the result of 1) incongruent design elements at opposite ends of parallel lines, 2) influence of background patterns on the overall design, 3) adjustment of our perception at the boundaries of areas of high contrast, 4) afterimages resulting from eye movements or from kinetic displays, or 5) inability to interpret the spatial structure of an object from the context provided by the picture. The Parthenon Optical illusions have been studied for millenia.

Does the comfort of conformity ease thoughts of death? - life - 25 February 2011 AS THE light at the end of the tunnel approaches, the need to belong to a group and be near loved ones may be among your final thoughts. So say Markus Quirin and his colleagues at the University of Osnabrück in Germany. The team prompted thoughts of death in 17 young men with an average age of 23 by asking them whether they agreed or disagreed with a series of statements such as "I am afraid of dying a painful death". At the same time, the men's brain activity was monitored using a functional MRI scanner. To compare the brain activity associated with thoughts of death with that coupled to another unpleasant experience, the team also prompted thoughts of dental pain using statements like "I panic when I am sitting in the dentist's waiting room". Although the threat of dental pain is unpleasant, "it's not a threat of death", Quirin says.

Functional magnetic resonance imaging Researcher checking fMRI images Functional magnetic resonance imaging or functional MRI (fMRI) is a functional neuroimaging procedure using MRI technology that measures brain activity by detecting associated changes in blood flow.[1] This technique relies on the fact that cerebral blood flow and neuronal activation are coupled. When an area of the brain is in use, blood flow to that region also increases. BrainGate neural interface system reaches 1,000-day performance milestone An investigational implanted system being developed to translate brain signals toward control of assistive devices has allowed a woman with paralysis to accurately control a computer cursor at 2.7 years after implantation, providing a key demonstration that neural activity can be read out and converted into action for an unprecedented length of time. PROVIDENCE, R.I. [Brown University] — Demonstrating an important milestone for the longevity and utility of implanted brain-computer interfaces, a woman with tetraplegia using the investigational BrainGate* system continued to control a computer cursor accurately through neural activity alone more than 1,000 days after receiving the BrainGate implant, according to a team of physicians, scientists, and engineers developing and testing the technology at Brown University, the Providence VA Medical Center, and Massachusetts General Hospital (MGH). From fundamental neuroscience to clinical utility Moving forward

Gero Miesenboeck studies the brain by controlling it. He claims that controlling and modifying is the best way to decrypt a code. Somehow he genetically re-engineered some neurons in the brain to fire on light signals. Using this method he found the 'inner critic' of fruit flies and was able to 'teach' them. ¿I'm currious about how one can encode in DNA where a given altered neuron ends up? by kaspervandenberg Nov 7