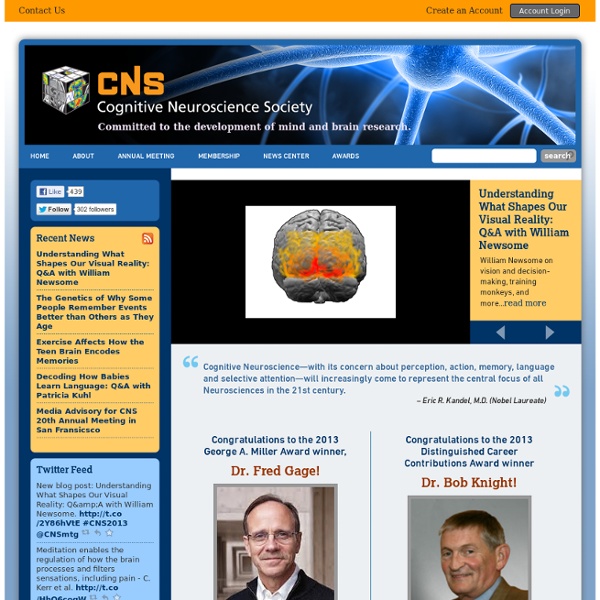 neurogenesis Brain Waves The human brain is more complex than your scientists suspect. They are busily mapping where certain functions occur, and how parts of the brain activate in syncronicity. They know that parts of the brain, near the stem, are older than, for instance, the forebrain, and that a human can survive remarkably well with only half a brain, as long as that half is either the right or left, intact. But what your scientists do not know is that beyond the old brain and the new, the subconscious and the conscious, the right and the left halves - there are yet more subdivisions of the human brain. Where brain functions are localized close to the data stores, the chemical paths and links that constitute memory and the potential for thought, these functional mother lodes cannot be mined without the greased lightning that is the communication substrata. Brain waves are but a symptom of the process, whereby the brain, as an organ, hums to itself. All rights reserved: ZetaTalk@ZetaTalk.com

Brain Structures and Their Functions The nervous system is your body's decision and communication center. The central nervous system (CNS) is made of the brain and the spinal cord and the peripheral nervous system (PNS) is made of nerves. Together they control every part of your daily life, from breathing and blinking to helping you memorize facts for a test. Nerves reach from your brain to your face, ears, eyes, nose, and spinal cord... and from the spinal cord to the rest of your body. Sensory nerves gather information from the environment, send that info to the spinal cord, which then speed the message to the brain. The brain then makes sense of that message and fires off a response. The brain is made of three main parts: the forebrain, midbrain, and hindbrain. The Cerebrum: The cerebrum or cortex is the largest part of the human brain, associated with higher brain function such as thought and action. What do each of these lobes do? Note that the cerebral cortex is highly wrinkled.

Neurotechnology Neurotechnology is any technology that has a fundamental influence on how people understand the brain and various aspects of consciousness, thought, and higher order activities in the brain. It also includes technologies that are designed to improve and repair brain function and allow researchers and clinicians to visualize the brain. Background[edit] The field of neurotechnology has been around for nearly half a century but has only reached maturity in the last twenty years. As the field’s depth increases it will potentially allow society to control and harness more of what the brain does and how it influences lifestyles and personalities. Current technologies[edit] Imaging[edit] Magnetic resonance imaging (MRI) is used for scanning the brain for topological and landmark structure in the brain, but can also be used for imaging activation in the brain.[5] While detail about how MRI works is reserved for the actual MRI article, the uses of MRI are far reaching in the study of neuroscience.

Neuropsychology Neuropsychology studies the structure and function of the brain as they relate to specific psychological processes and behaviors. It is seen as a clinical and experimental field of psychology that aims to study, assess, understand and treat behaviors directly related to brain functioning. The term neuropsychology has been applied to lesion studies in humans and animals. In practice neuropsychologists tend to work in research settings (universities, laboratories or research institutions), clinical settings (involved in assessing or treating patients with neuropsychological problems), forensic settings or industry (often as consultants where neuropsychological knowledge is applied to product design or in the management of pharmaceutical clinical-trials research for drugs that might have a potential impact on CNS functioning). History[edit] Imhotep[edit] The study of the brain can be linked all the way back to around 3500 B.C. Hippocrates[edit] René Descartes[edit] Thomas Willis[edit]

Researchers show that memories reside in specific brain cells Our fond or fearful memories — that first kiss or a bump in the night — leave memory traces that we may conjure up in the remembrance of things past, complete with time, place and all the sensations of the experience. Neuroscientists call these traces memory engrams. But are engrams conceptual, or are they a physical network of neurons in the brain? In a new MIT study, researchers used optogenetics to show that memories really do reside in very specific brain cells, and that simply activating a tiny fraction of brain cells can recall an entire memory — explaining, for example, how Marcel Proust could recapitulate his childhood from the aroma of a once-beloved madeleine cookie. In that famous surgery, Penfield treated epilepsy patients by scooping out parts of the brain where seizures originated. Fast forward to the introduction, seven years ago, of optogenetics, which can stimulate neurons that are genetically modified to express light-activated proteins. False memory

The First Real Reason We Need To Sleep We know we need to sleep. We know our brains and bodies work better after sleep. But what we didn't know, until now, was why. Scientists have just reported the first major mechanical reason our brains need to sleep — certain cleaning mechanisms in the brain work better when we shut the brain down. Just like how dump trucks take to the city streets during the pre-dawn hours because there's less traffic, our brain's cleaners also work best when there's less going on. "This study shows that the brain has different functional states when asleep and when awake," study researcher Maiken Nedergaard, of the University of Rochester said in a statement. We've known that our brains consolidate memories during sleep and perform other important functions. We know that sleep has all of these benefits, but until now we didn't know any of the specific changes that bring about these sleep benefits. The paper was published in the journal Science on Oct. 17. Toxic cells J. Sleeping mice Understanding sleep

untitled Neurogenesis: How To Grow New Brain Cells Adults can still grow new brain cells — neurogenesis — but what are they for? For a long time scientists believed that neurogenesis was impossible: adults had all the brain cells they were ever going to have. Now we know that’s not true. In fact, we continue to grow new brain cells into adulthood. The race is on to find out what these brain cells are for and how we can grow more of them. A new review of the scientific literature, published in the journal Trends in Cognitive Sciences, argues that the growth of new cells aids adaptation to the environment (Opendak & Gould, 2015). The authors focus on new cells growing in the hippocampus, an area of the brain linked to memory and learning. Maya Opendak, who co-authored the study, said: “New neurons may serve as a means to fine-tune the hippocampus to the predicted environment.In particular, seeking out rewarding experiences or avoiding stressful experiences may help each individual optimize his or her own brain.” Ms Opendak said:

5 common beliefs about the human brain that are actually totally false MYTH: HUMANS USE ONLY 10 PERCENT OF THEIR BRAIN FACT: The 10 percent myth (sometimes elevated to 20) is mere urban legend, one perpetrated by the plot of the 2011 movieLimitless, which pivoted around a wonder drug that endowed the protagonist with prodigious memory and analytical powers. In the classroom, teachers may entreat students to try harder, but doing so will not light up “unused” neural circuits; academic achievement does not improve by simply turning up a neural volume switch.MYTH: “LEFT BRAIN” and “RIGHT BRAIN” PEOPLE DIFFER FACT: The contention that we have a rational left brain and an intuitive, artistic right side is fable: humans use both hemispheres of the brain for all cognitive functions. The left brain/right brain notion originated from the realization that many (though not all) people process language more in the left hemisphere and spatial abilities and emotional expression more in the right.

30 Amazing Facts About Your Brain Get The New Ebook ’70 Amazing Facts About Your Brain’ now if you sign up for my newsletter you will get a PDF version of the book along with 3 other books on goal setting, motivational quotes and dealing with stress. If you’d like a copy of the Kindle version, that is only available through Amazon here and it’s priced at a very affordable $2.99 Useful Self Development Brain Stuff 1. 2. 3. So make sure you don’t think, “Why do I suck?” 4. That’s why even left-brained people can have times of the day when they are more creative and right-brained people can sometimes get their taxes in order. Note: If you want to know how you can tell which side is dominant at any one time, check out Creativity – Guaranteed and you can then plan your time accordingly. 5. 6. Some Numbers To Wrap Your Brain Around 7. 8. 9. That’s the number 10 followed up with 1 million zeroes, which is to all intents and purposes (for anybody not called Stephen Hawking or Rob Collins), an infinite amount of ways. 10. 11. 12. 13.

Force of habit: Stress hormones switch off areas of the brain for goal-directed behaviour Cognition psychologists at the Ruhr-Universität together with colleagues from the University Hospital Bergmannsheil (Prof. Dr. Martin Tegenthoff) have discovered why stressed persons are more likely to lapse back into habits than to behave goal-directed. The team of PD Dr. Lars Schwabe and Prof. Two stress hormones in use In order to test the different stress hormones, the cognition psychologists used three substances – a placebo, the stress hormone hydrocortisone and yohimbine, which ensures that the stress hormone noradrenaline stays active longer. Goal-directed behaviour and habits investigated in the experiment In the experiment, all participants – both male and female – learned that they would receive cocoa or orange juice as a reward if they chose certain symbols on the computer. Combined effect of yohimbine and hydrocortisone As expected, volunteers who took yohimbine and hydrocortisone did not behave goal-directed but according to habit.