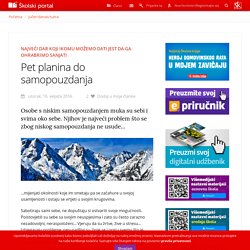 Calming the teenage mind in the classroom. "I actually never believed really in meditation. ... 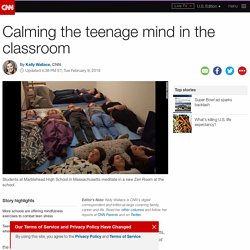 I thought it was a joke," she said during an interview. That all changed one day back in September. When the Narcissist is the Parent. I’ve recently written about my experience with a narcissist, and regularly I see the same comments. 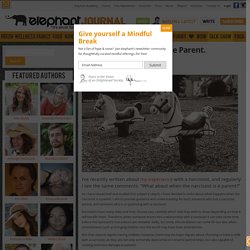 “What about when the narcissist is a parent?” As I have researched and studied this subject in depth, I have decided to write about what happens when the narcissist is a parent. I aim to provide guidance and understanding for both someone who has a narcissist parent, and someone who is co-parenting with a narcissist. Narcissists have many sides and they choose very carefully which side they wish to show depending on how it will benefit them. T.A. za klince « FoMa knjige. ID broj: 014. 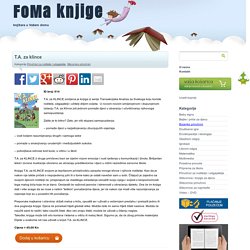 Language and the brain: What Neuroscience Tells us about Second Language Learning. What is the brain? 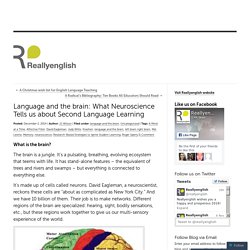 The brain is a jungle. It’s a pulsating, breathing, evolving ecosystem that teems with life. It has stand-alone features – the equivalent of trees and rivers and swamps – but everything is connected to everything else. Memory and Language Learning. Seventeen years after leaving Cambridge University, the novelist Vladimir Nabokov returned to visit his old tutor. 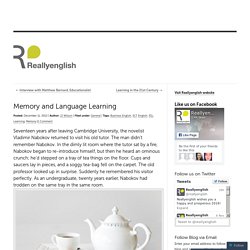 The man didn’t remember Nabokov. In the dimly lit room where the tutor sat by a fire, Nabokov began to re-introduce himself, but then he heard an ominous crunch; he’d stepped on a tray of tea things on the floor. Cups and saucers lay in pieces, and a soggy tea-bag fell on the carpet. The old professor looked up in surprise. Can I make my brain as plastic as a child’s? – Rebecca Boyle. Five years ago, in a new city and in search of a new hobby, I decided to try playing a musical instrument for the first time. 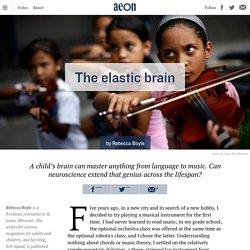 I had never learned to read music; in my grade school, the optional orchestra class was offered at the same time as the optional robotics class, and I chose the latter. Understanding nothing about chords or music theory, I settled on the relatively simple mountain dulcimer, a three-stringed lap instrument from Appalachia. Neuroscience: crammed with connections. For all the advances in artificial intelligence and neuroscience over the past century, the human brain is still the most intricate and enigmatic machinery on Earth. 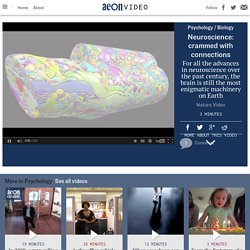 As of 2015, scientists are still slowly untangling the brains’s web of profoundly complex connections, seeking the yet elusive knowledge of how it all actually works. This visualisation from Nature Video and Harvard University reconstructs a dustmite-sized slice of a mouse cortex that has been used in recent research. While the mapping reveals much about brain mechanics, it also illustrates the immense challenges scientists face when attempting to map even a minuscule amount of brain material. Vital -  How To Think Visually Using Visual Analogies Most... Ponavljanje nije majka znanja. Why Teens Are Impulsive, Addiction-Prone And Should Protect Their Brains. By NPR Staff Teens can’t control impulses and make rapid, smart decisions like adults can — but why? 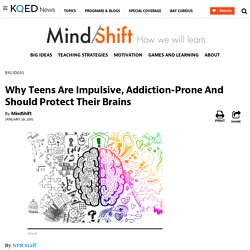 Research into how the human brain develops helps explain. Mind Over Food - Psychology of FoodPsychology Of Eating. Prefer to read this article as a PDF download? 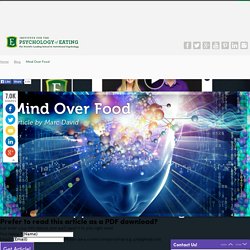 Just enter your info below and we’ll send it to you right now! One of the most fundamental building blocks of nutritional metabolism is neither vitamin, mineral, nor molecule. Harvard neuroscientist: Meditation not only reduces stress, here’s how it changes your brain. Multiple Intelligences: What Does the Research Say? Many educators have had the experience of not being able to reach some students until presenting the information in a completely different way or providing new options for student expression. Perhaps it was a student who struggled with writing until the teacher provided the option to create a graphic story, which blossomed into a beautiful and complex narrative.

Or maybe it was a student who just couldn't seem to grasp fractions, until he created them by separating oranges into slices. How speaking multiple languages benefits the brain - Mia Nacamulli. Amazed by what you have learned about having a bilingual brain? Then, start learning another language now! This website has tons of free lessons, games and quizzes to get you started! Pick one language or even two languages and get that gray matter growing. Speaking more than one language is like exercise for the brain? This Common Activity Is Reducing Your IQ, According to Research. Eric Barker writes Barking Up the Wrong Tree. Lack of sleep affects intelligence Missing an hour of sleep turns a sixth grader’s brain into that of a fourth grader. Via NurtureShock: The performance gap caused by an hour’s difference in sleep was bigger than the gap between a normal fourth-grader and a normal sixth-grader.

Coping Skills for Kids. Triggers of the Reptilian Brain. New Research: Students Benefit from Learning That Intelligence Is Not Fixed. Teaching students that intelligence can grow and blossom with effort – rather than being a fixed trait they’re just born with – is gaining traction in progressive education circles. And new research from Stanford is helping to build the case that nurturing a “growth mindset” can help many kids understand their true potential. The new research involves larger, more rigorous field trials that provide some of the first evidence that the social psychology strategy can be effective when implemented in schools on a wide scale. Amazing Brain Facts. 1.Brain imaging studies show that human feelings originate inside the brain. 2. The human brain structure is almost fully developed by age 11, though some higher self-management brain functions continue to develop into the mid 20’s. 3.

The diameter of an individual brain neuron is 4 microns, meaning 30,000 could fit on the head of a pin. 4. The human brain has 100 billion neurons, making it the most powerful learning tool in the world. 5. Each single brain neuron has from 1,000 to 10,000 connections with other neurons, making up to 10 trillion neuron connections possible. 6. Alcohol interferes with brain processes by weakening connections between neurons. 7.