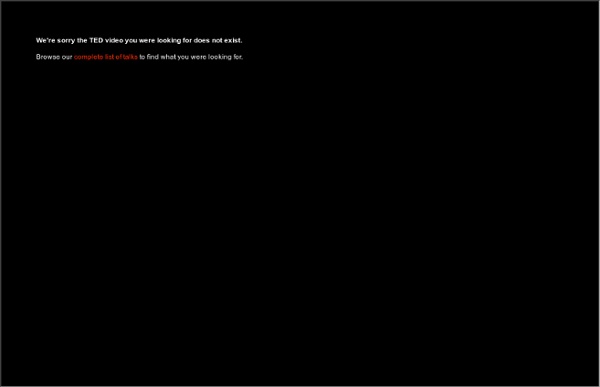 Neuromarketing Neuromarketing is a new field of marketing research that studies consumers' sensorimotor, cognitive, and affective response to marketing stimuli. Researchers use technologies such as functional magnetic resonance imaging (fMRI) to measure changes in activity in parts of the brain, electroencephalography (EEG) and Steady state topography (SST) to measure activity in specific regional spectra of the brain response, and/or sensors to measure changes in one's physiological state, also known as biometrics, including (heart rate and respiratory rate, galvanic skin response) to learn why consumers make the decisions they do, and what part of the brain is telling them to do it. Neuromarketing research raised interest for both academic and business side. In fact, certain companies, particularly those with large-scale goals, have invested in their own laboratories, science personnel and / or partnerships with academia. [1] The word "neuromarketing" was coined by Ale Smidts in 2002.[3] Coke vs.

Scientists extract images directly from brain ::: Pink Tentacle Researchers from Japan's ATR Computational Neuroscience Laboratories have developed new brain analysis technology that can reconstruct the images inside a person's mind and display them on a computer monitor, it was announced on December 11. According to the researchers, further development of the technology may soon make it possible to view other people's dreams while they sleep. The scientists were able to reconstruct various images viewed by a person by analyzing changes in their cerebral blood flow. Then, when the test subjects were shown a completely new set of images, such as the letters N-E-U-R-O-N, the system was able to reconstruct and display what the test subjects were viewing based solely on their brain activity. For now, the system is only able to reproduce simple black-and-white images. "These results are a breakthrough in terms of understanding brain activity," says Dr. The research results appear in the December 11 issue of US science journal Neuron. [Source: Chunichi]

Technology Review: Brain Coprocessors Ed Boyden, an Assistant Professor, Biological Engineering, and Brain and Cognitive Sciences at the MIT Media Lab, will give a presentation on using light to study and treat brain disorders at 3.30pm on Wednesday at EmTech 2010. Watch a live feed of the session here. The last few decades have seen a surge of invention of technologies that enable the observation or perturbation of information in the brain. Functional MRI, which measures blood flow changes associated with brain activity, is being explored for purposes as diverse as lie detection, prediction of human decision making, and assessment of language recovery after stroke. Implanted electrical stimulators, which enable control of neural circuit activity, are borne by hundreds of thousands of people to treat conditions such as deafness, Parkinson’s disease, and obsessive-compulsive disorder.

Blue Brain Project The Dark Side of Oxytocin, the Hormone of Love - Ethnocentrism Yes, you knew there had to be a catch. As oxytocin comes into sharper focus, its social radius of action turns out to have definite limits. The love and trust it promotes are not toward the world in general, just toward a person’s in-group. Oxytocin turns out to be the hormone of the clan, not of universal brotherhood. A principal author of the new take on oxytocin is Carsten K. In a report published last year in Science, based on experiments in which subjects distributed money, he and colleagues showed that doses of oxytocin made people more likely to favor the in-group at the expense of an out-group. These nationalities were chosen because of a 2005 poll that showed that 51 percent of Dutch citizens held unfavorable opinions about Muslims, and other surveys that Germans, although seen by the Dutch as less threatening, were nevertheless regarded as “aggressive, arrogant and cold.” Well-socialized Dutch students might be unlikely to say anything derogatory about other groups. In Dr.

brainSCANr How to increase serotonin in the human brain without drugs

I love this youTube "article" by this neuroscientist who experienced part of her brain under attack from a massive stroke, and I am very very pleased with her acknowledgement of the state of "mind" her brother struggled with in his bipolar and/or schitzo-affective state.

A state that she herself was able to experience, mentioning an overwhelming grace she received, and compared it to a state of Nirvana.

I am bipolar and experience that same state almost constantly.

NOW, more work has been accomplished that describes her and my nirvana and, or course, many many others, as well. Check the youTube articles that describe :-
A). The breakdown of the ego, in preference to the "real-self" or the other self, the SOUL.
B). SO, humanity evolves. Science and spirituality are coming closer together. Our understanding of the genius contained within mental illness is being addressed.

We certainly look back to Beethoven and Mozart, and many current personalities to see a fine line between mental illness and genius.

We are beginning to know who we are, as individuals, and as a humanity this has to be a positive step. Our psyche doctors in the West are right now considering "spiritual emergence" as a condition worthy of their intellectual psyche training.

Goo THAT "spiritual emergence". check out it's flavours and run them through your own reasoning.

In the meantime, consider your own societal opinions (and your dominant left brain attitudes and see if you have a little room for some compassion with a touch less stigma towards bi-polar, and all mental illness.

We are human, maybe even more so, without that illusory EGO.

That's for you my sweet Lozka. Jermy will love that. I spoke with you in that psyche ward many years ago. I reckon you'd remember that, I reckon. I love you SO much. I can still feel your arms around me. XOX