The most important lesson from 83,000 brain scans: Daniel Amen at TEDxOrangeCoast 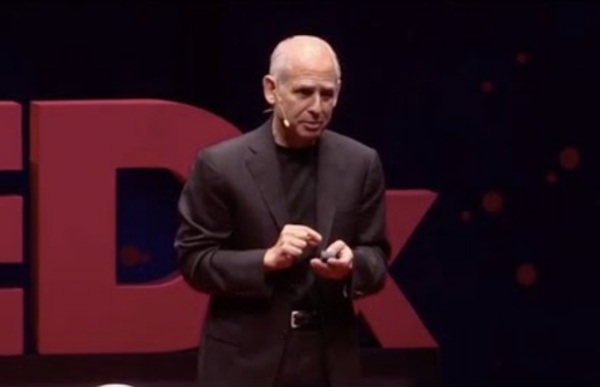 How The Brain Rewires Itself It was a fairly modest experiment, as these things go, with volunteers trooping into the lab at Harvard Medical School to learn and practice a little five-finger piano exercise. Neuroscientist Alvaro Pascual-Leone instructed the members of one group to play as fluidly as they could, trying to keep to the metronome's 60 beats per minute. Every day for five days, the volunteers practiced for two hours. Matsuoka Lab Sakaguchi, G., Aisen, P.S. and Matsuoka, Y. Testing secretase inhibitors using in vivo models. In: Recent advances in the biology of secretases, key proteases in Alzheimer disease (ed. Araki, W.), Submitted (invited review), October 2007.

How to Release the Stress stored in our Bodies Do you spend much time sitting in front of a computer, on a plane, in a car? If so your hips may be locked up which effects your ability to dance, but worse than that it may be causing you undue stress and fear. The Psoas Muscle, is a long muscle located on the side of the lumbar region of the vertebral column and brim of the pelvis, that is also known as the “muscle of the soul”. It is one of the largest muscles in the body and it is a place where we often store stress or trauma that can literally influence our mood and our outlook on life. We recently explored in depth just how much fear can inhibit our ability to think clearly thus creating an unhealthy perspective that can harm us and those around us. Now let’s look at where that fear might be stored in our body, and a few ways to release it.

Cerebral (Brain) Atrophy and Shrinkage The term cerebral means brain and atrophy means loss of cells or shrinkage. When our brains atrophy, the neurons and their connections waste away and the brain is literally getting smaller. What Are the Symptoms of Brain Atrophy? Brain is not fully mature until 30s and 40s (PhysOrg.com) -- New research from the UK shows the brain continues to develop after childhood and puberty, and is not fully developed until people are well into their 30s and 40s. The findings contradict current theories that the brain matures much earlier. Professor Sarah-Jayne Blakemore, a neuroscientist with the Institute of Cognitive Neuroscience at University College London, said until around a decade ago many scientists had "pretty much assumed that the human brain stopped developing in early childhood," but recent research has found that many regions of the brain continue to develop for a long time afterwards. The prefrontal cortex is the region at the front of the brain just behind the forehead, and is an area of the brain that undergoes the longest period of development.

A Sleep Mask That Lets You Control Your Dreams Napz's integrated lights make it possible for lucid dreams to be accessible for everyone The biohacking device Napz, as designed by Octavio A. Martinez García, can stimulate lucid dreaming, a state where sleepers are aware that they are dreaming and can control many elements of what happens during the dream. When the user puts the mask on, integrated lights engage and shine through the eyelids. Adrenal Fatigue—And What to Do About It goop Wellness WHY AM I SO EFFING TIRED? goop, $90 Though by no means in the mainstream, conversations about adrenals—and incipient “adrenal fatigue”—have been coming up more and more.

Choose These Tunes Listening to classical music prompts biological changes in the brain that may promote learning and memory. Listening to music represents a complex cognitive function of the human brain, which is known to induce several neuronal and physiological changes. Chakravarthi Kanduri, from the University of Helsinki (Finland), and colleagues investigated how listening to classical music affected the gene expression profiles of both musically experienced and inexperienced participants. Neurogenesis Neurogenesis (birth of neurons) is the process by which neurons are generated from neural stem cells and progenitor cells. Most active during pre-natal development, neurogenesis is responsible for populating the growing brain with neurons. Recently neurogenesis was shown to continue in several small parts of the brain of mammals: the hippocampus and the subventricular zone. Studies have indicated that the hormone testosterone in vertebrates, and the prohormone ecdysone in insects, have an influence on the rate of neurogenesis.[citation needed]

Study: Psilocybin Mushrooms Stimulate Growth Of New Brain Cells Source: www.reset.me | Original Post Date: May 28, 2015 – Psychedelic mushrooms already have a reputation for helping people open their minds and broaden their perspective on the world. They have shown an ability to combat mental disorders like depression and anxiety. Now, research is showing that the magic mushrooms can actually help physically rebuild a damaged brain. In a study conducted by the University of South Florida and published in 2013 in theExperimental Brain Research journal, researchers measured the effects of mushrooms on mice that had been conditioned to fear certain stimuli.

Neuroscientist Shows What Fasting Does To You – REALfarmacy.com by ARJUN WALIA Below is a TEDx talk given by Mark Mattson, the current Chief of the Laboratory of Neuroscience at the National Institute on Aging. He is also a professor of Neuroscience at The Johns Hopkins University, and one of the foremost researchers in the area of cellular and molecular mechanisms underlying multiple neurodegenerative disorders, like Parkinson’s and Alzheimer’s disease. I chose to include ‘Big Pharma’ in the title because that’s exactly what it is. There have been countless examples of the manipulation of published research at the hands of pharmaceutical companies in recent years. This is why Harvard Professor of Medicine Arnold Symour Relman told the world that the medical profession has been bought by the pharmaceutical industry.

Fat-Burning Brain Hormone Discovery Researchers have found a brain hormone that appears to specifically and selectively stimulate fat metabolism in the gut. It appears as though one of the brain's natural hormones spurs the burning of fat within the gut. This conclusion was reached by Scripps Research Institute (TSRI) biologists who relied on animal models for their studies. The Human Connectome Project The Human Connectome Project Human Connectome The NIH Human Connectome Project is an ambitious effort to map the neural pathways that underlie human brain function. The overarching purpose of the Project is to acquire and share data about the structural and functional connectivity of the human brain. It will greatly advance the capabilities for imaging and analyzing brain connections, resulting in improved sensitivity, resolution, and utility, thereby accelerating progress in the emerging field of human connectomics.