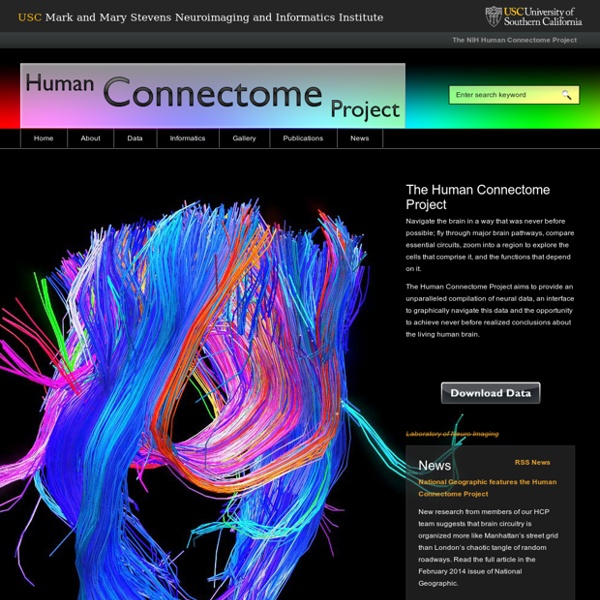 [ETUDE SCIENCE] Conscious Brain-to-Brain Communication in Humans Using Non-Invasive Technologies Human sensory and motor systems provide the natural means for the exchange of information between individuals, and, hence, the basis for human civilization. The recent development of brain-computer interfaces (BCI) has provided an important element for the creation of brain-to-brain communication systems, and precise brain stimulation techniques are now available for the realization of non-invasive computer-brain interfaces (CBI). These technologies, BCI and CBI, can be combined to realize the vision of non-invasive, computer-mediated brain-to-brain (B2B) communication between subjects (hyperinteraction). Here we demonstrate the conscious transmission of information between human brains through the intact scalp and without intervention of motor or peripheral sensory systems. Figures

Jerusalem syndrome The best known, although not the most prevalent, manifestation of Jerusalem syndrome is the phenomenon whereby a person who seems previously balanced and devoid of any signs of psychopathology becomes psychotic after arriving in Jerusalem.[citation needed] The psychosis is characterised by an intense religious theme and typically resolves to full recovery after a few weeks or after being removed from the area. The religious focus of Jerusalem syndrome distinguishes it from other phenomena, such as Stendhal syndrome in Florence or Paris syndrome for Japanese tourists. In a 2000 article in the British Journal of Psychiatry, Bar-El et al. claim to have identified and described a specific syndrome which emerges in tourists with no previous psychiatric history.[1] However, this claim has been disputed by M. Kalian and E. Witztum.[2][3] Kalian and Witztum stressed that nearly all of the tourists who demonstrated the described behaviours were mentally ill prior to their arrival in Jerusalem.

Our brains are wired so we can better hear ourselves speak, new study shows Like the mute button on the TV remote control, our brains filter out unwanted noise so we can focus on what we’re listening to. But when it comes to following our own speech, a new brain study from the University of California, Berkeley, shows that instead of one homogenous mute button, we have a network of volume settings that can selectively silence and amplify the sounds we make and hear. Activity in the auditory cortex when we speak and listen is amplified in some regions of the brain and muted in others. In this image, the black line represents muting activity when we speak. (Courtesy of Adeen Flinker) Neuroscientists from UC Berkeley, UCSF and Johns Hopkins University tracked the electrical signals emitted from the brains of hospitalized epilepsy patients.

100 Ways To Become More Conscious: How To Raise Your Consciousness 1. Connect with nature – Go for a walk in the forest, jungle, field of daisies, or wherever you feel like getting a connection with nature. Paul Thompson's Research Publications The brain's center of reasoning and problem solving is among the last to mature, a new study graphically reveals. The decade-long magnetic resonance imaging (MRI) study of normal brain development, from ages 4 to 21, by researchers at NIH's National Institute of Mental Health (NIMH) and University of California Los Angeles (UCLA) shows that such "higher-order" brain centers, such as the prefrontal cortex, don't fully develop until young adulthood. A time-lapse 3-D movie that compresses 15 years of human brain maturation, ages 5 to 20, into seconds shows gray matter - the working tissue of the brain's cortex - diminishing in a back-to-front wave, likely reflecting the pruning of unused neuronal connections during the teen years. Cortex areas can be seen maturing at ages in which relevant cognitive and functional developmental milestones occur.

Sleep 'resets' brain connections crucial for memory and learning, study reveals For Jules Verne it was the friend who keeps us waiting. For Edgar Allan Poe so many little slices of death. But though the reason we spend a third of our lives asleep has so far resisted scientific explanation, research into the impact of sleepless nights on brain function has shed fresh light on the mystery - and also offered intriguing clues to potential treatments for depression. How the smartphone affected an entire generation of kids As someone who researches generational differences, I find one of the most frequent questions I’m asked is “What generation am I in?” If you were born before 1980, that’s a relatively easy question to answer: the Silent Generation was born between 1925 and 1945; baby boomers were born between 1946 and 1964; Gen X followed (born between 1965 and 1979). Next come millennials, born after 1980.

Quantum mind–body problem An interpretation of quantum mechanics is a set of statements which attempt to explain how quantum mechanics informs our understanding of nature. Although quantum mechanics has held up to rigorous and thorough experimental testing, many of these experiments are open to different interpretations. There exist a number of contending schools of thought, differing over whether quantum mechanics can be understood to be deterministic, which elements of quantum mechanics can be considered "real", and other matters. Brainwave entrainment Brainwave Entrainment is any practice that aims to cause brainwave frequencies to fall into step with a periodic stimulus having a frequency corresponding to the intended brain-state (for example, to induce sleep), usually attempted with the use of specialized software. It purportedly depends upon a "frequency following" response on the assumption that the human brain has a tendency to change its dominant EEG frequency towards the frequency of a dominant external stimulus.[citation needed] Such a stimulus is often aural, as in the case of binaural or monaural beats and isochronic tones, or else visual, as with a dreamachine, a combination of the two with a mind machine, or even electromagnetic radiation. Hemispheric Synchronization, a potential and generally desired result of brainwave entrainment, refers to a state when the brainwave pattern of the right and left hemispheres become alike.

Antoine Lutz's Homepage I am currently an associate scientist at the Waisman Lab for Brain Imaging & Behavior at the University of Wisconsin-Madison. I am doing my research in collaboration with Prof. R. J. Davidson and several researchers from his lab. Contact: Waisman Laboratory for Brain Imaging & Behavior University of Wisconsin-Madison 1500 Highland Avenue Madison, WI 53703-2280 (tel) (1).608.262.8705 (fax) (1).608.262.9440 alutz@wisc.edu

How the Mathematics of Algebraic Topology Is Revolutionizing Brain Science The human connectome is the network of links between different parts of the brain. These links are mapped out by the brain’s white matter—bundles of nerve cell projections called axons that connect the nerve cell bodies that make up gray matter. The conventional view of the brain is that the gray matter is primarily involved in information processing and cognition, while white matter transmits information between different parts of the brain. The structure of white matter—the connectome—is essentially the brain’s wiring diagram. This structure is poorly understood, but there are several high-profile projects to study it. This work shows that the connectome is much more complex than originally thought.

Mind molding psychedelic drugs could treat depression, and other mental illnesses My research group has been studying the effects of psychedelics on neuronal structure and function, and we found that these compounds cause neurons to grow. A lot. Many of these compounds are well-known and include lysergic acid diethylamide (LSD), psilocin (from magic mushrooms), N,N-dimethyltryptamine (DMT, from ayahuasca) and 3,4-methylenedioxymethamphetamine (MDMA, aka ecstasy). These are among the most powerful drugs known to affect brain function, and our research shows that they can alter the structure of the brain as well. Changes in neuronal structure are important because they can impact how the brain is wired, and consequently, how we feel, think and behave. Prior to our study, there were relatively few compounds known to have such drastic and rapid effects on neuronal structure.

Integral theory Integral theory, a philosophy with origins in the work of Sri Aurobindo and Jean Gebser, and promoted by Ken Wilber, seeks a synthesis of the best of pre-modern, modern, and postmodern reality.[1] It is portrayed as a "theory of everything,"[2] and offers an approach "to draw together an already existing number of separate paradigms into an interrelated network of approaches that are mutually enriching."[1] It has been applied by scholar-practitioners in 35 distinct academic and professional domains as varied as organizational management and art.[1] Methodologies[edit]