Transform Your Mind, Change Your Brain 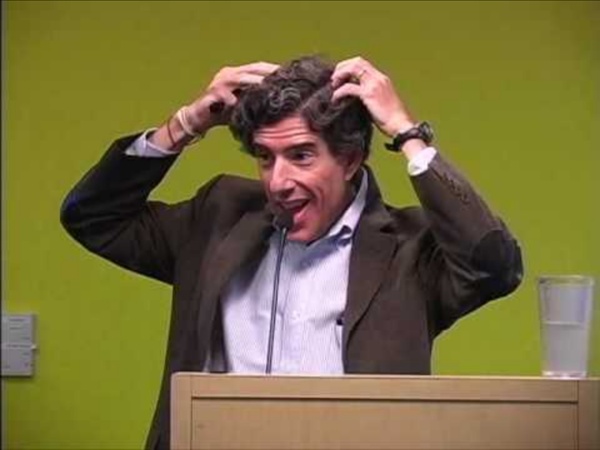 Where is The Mind?: Science gets puzzled and almost admits a non-local mentalscape. This will be the last "home-produced" blog entry for a while [save the short "Everyday Spirituality" which will follow it as a sign-off] . West Virginia beckons tomorrow morning and off I will go to whatever that entails. As I said in one of the commentary responses the other day, I hope that reading two journal runs "cover-to-cover" will bring up a few thoughts worth sharing. This day's entry was inspired by two articles bumped into coincidentally which had scientists puzzling about a holographic universe and a non-local mind. Sometimes, It's OK to Cry at Work - Deborah Milstein - Our Editors The latest election-related viral video shows President Obama praising and thanking his team of volunteers. What’s the big deal? He cries (at about 3:20, if you haven’t seen it yet).

'60 Minutes' Examines The Benefits Of Mindfulness Anderson Cooper dove headfirst into the world of mindfulness in a segment on Sunday night's "60 Minutes". "This is just the next generation of exercise, we’ve got the physical, you know, exercise components down, and now it’s about working out how can we actually train our minds," Dr. Judson Brewer told Cooper of mindfulness. Dr. How we will learn MindShift explores the future of learning in all its dimensions. We examine how learning is being impacted by technology, discoveries about how the brain works, poverty and inequities, social and emotional practices, assessments, digital games, design thinking and music, among many other topics. We look at how learning is evolving in the classroom and beyond.We also revisit old ideas that have come full circle in the era of the over scheduled child, such as unschooling, tinkering, playing in the woods, mindfulness, inquiry-based learning and student motivation. We report on shifts in how educators practice their craft as they apply innovative ideas to help students learn, while meeting the rigorous demands of their standards and curriculum. MindShift has a unique audience of educators, tinkerers, policy makers and life-long learners who engage in meaningful dialogue with one another on our sites. Contact the us by email.

15 Years of Cutting-Edge Thinking on Understanding the Mind by Maria Popova What mirror neurons have to do with Abu Ghraib, the science of religion, and how happiness flourishes. For the past 15 years, literary-agent-turned-crusader-of-human-progress John Brockman has been a remarkable curator of curiosity, long before either “curator” or “curiosity” was a frivolously tossed around buzzword.

Is Your Mind Separate From Your Body? Premise #1: “The mind is in the body.” I teach a lot of courses and workshops on mind-body science, and Premise #1 is how I start all of them. It's a basic assumption of modern psychology, especially for those who study the brain . I define mind as the experience a person has of him or herself—thoughts, emotions, memories , desires, beliefs, sensations, even consciousness itself. And I believe that science can best locate these experiences in the body. Not just in the brain, where we first look for the biological basis of the mind, but distributed throughout the body. Integrating the 16 Habits of Mind In outcomes-based learning environments, we generally see three elements in play: 1) learning objectives or targets are created from given standards; 2) instruction of some kind is given; and then 3) learning results are assessed. These assessments offer data to inform the revision of further planned instruction. Rinse and repeat.

The Urge to Make Other People Wrong “You have your way. I have my way. As for the right way, the correct way, and the only way, it does not exist.” ~Friedrich Nietzsche Recently, a blogger I admire wrote a long note on a social media site identifying blogging practices he finds annoying—and referring to bloggers who utilize them as “fundamentally wrong.”

Mind Modifications What is a Ganzfeld effect? The Ganzfeld (German for “complete/full field”) effect happens when the sensory system is steadily overloaded with a uniform signal. For example, a uniform, steady and all-encompassing soft light to the eyes will cause a “loss of vision”. Clearing the Mind: How the Brain Cuts the Clutter Newly discovered neurons in the front of the brain act as the bouncers at the doors of the senses, letting in only the most important of the trillions of signals our bodies receive. Problems with these neurons could be the source of some symptoms of diseases like attention deficit disorder and schizophrenia. "The brain doesn't have enough capacity to process all the information that is coming into your senses," said study researcher Julio Martinez-Trujillo, of McGill University in Montreal. "We found that there are some cells, some neurons in the prefrontal cortex, which have the ability to suppress the information that you aren't interested in. They are like filters."

Mind-Controlled Musical Instrument Helps Paralysis Patients Rehabilitate Music Through the Mind Eduardo Miranda Paralysis patients could play music with their minds , using a new brain-control interface that senses brain impulses and translates them into musical notes. Users must teach themselves how to associate brain signals with specific tasks, causing neuronal activity that the brain scanners can pick up. Then they can make music. It’s a pretty unique use of brain-computer interfaces, which are already being used to do things like drive cars , control robots and play video games. The device was developed by Eduardo Miranda , a composer and computer-music specialist at the University of Plymouth, UK. 10 Amazing Examples of Mind Over Matter Humans While we often think of our bodies and minds as two distinct entities, it turns out they are much more entwined than we might assume. Researchers are continually finding evidence that the brain has a distinct power to manipulate the body’s physiology. As these 10 examples show, the mind/body connection can work in our favor or detriment, depending on our knowledge of a situation and our ability to control our thoughts. Judging by their ability to meditate for hours on end, to abstain from food for days, and their vows of silence, most us would agree that Tibetan Monks have better control over their minds and bodies than the average person.

Illusion of Truth share share share share Repetition is used everywhere—advertising, politics and the media—but does it really persuade us? Psychology studies reveal all… We see ads for the same products over and over again. How to train your mind to remember anything Josha Foer observed the 2005 USA Memory Championship and won it in 2006He says you can teach yourself to remember a lot of information effectively One of the keys is to associate a word or a fact with other things you remember, Foer saysFoer: "If you want to make something memorable, you first have to make it meaningful" Editor's note: Joshua Foer is a writer and the author of "Moonwalking With Einstein: The Art and Science of Remembering Everything." In 2005, he attended the USA Memory Championship as an observer.