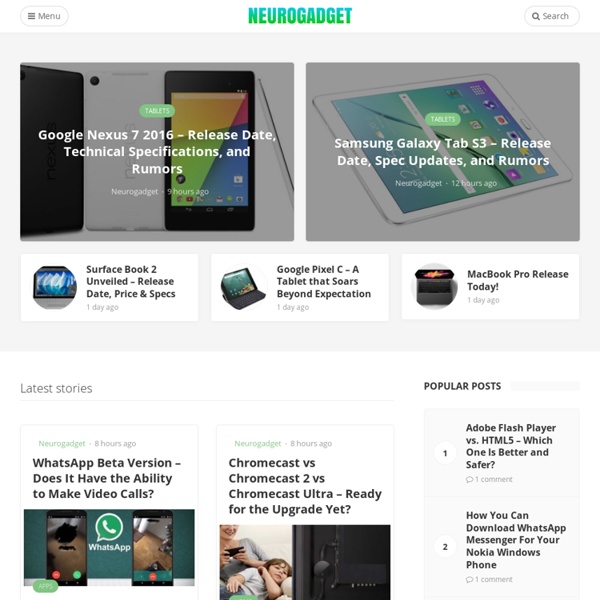 Serotonin And Happiness Are Regulated By Gut Bacteria - BMED Report University of College Cork (UCC) scientists have shown that brain levels of serotonin, the ‘happy hormone,’ are regulated by the amount of bacteria in the gut during early life. Their research is being published today in the leading international psychiatry journal, Molecular Psychiatry. This research shows that normal adult brain function depends on the presence of gut microbes during development. Serotonin, the major chemical involved in the regulation of mood and emotion, is altered in times of stress, anxiety and depression and most clinically effective antidepressant drugs work by targeting this neurochemical. Scientists at the Alimentary Pharmabiotic Centre in UCC used a germ-free mouse model to show that the absence of bacteria during early life significantly affected serotonin concentrations in the brain in adulthood. The research also highlighted that the influence is sex dependent, with more marked effects in male compared with female animals.

Comparison of consumer brain–computer interfaces This is a comparison of brain-computer interface devices available on the consumer market. Comparison[edit] Open-source projects[edit] Emokit is an open-source Python library for reading out sensor data from the EPOC (Emotiv Systems) by Cody Brocious. It was built by reverse-engineering the encrypted protocol.[40] Emokit has been deprecated in favour of emokit.[41] Open-source Matlab toolboxes such as EEGLAB, Fieldtrip, and the Neurophysiological Biomarker Toolbox (NBT) can be used to process data from the electroencephalography. OpenVibe is a LGPL software platform (C++) to design, test and use BCI.[43] The software comes with an acquisition server that is currently compatible with many EEG device including Neurosky Mindset, Emotiv EPOC (Research Edition or above) and OpenEEG. Several open-source computer programs are also available from EPFL's CNBI project.[44][45] Technology[edit] References[edit] External links[edit]

Neuroacoustics: The Healing Power of Sound ALBUQUERQUE, NM—The experience of sound is at the very core of human consciousness, and it can be a powerful tool for healing, said Jeffrey Thompson, DC, at the annual meeting of the American Holistic Medical Association. For more than 20 years, Dr. Thompson has been exploring neuroacoustics and the therapeutic application of sound. His researches have led to the development of precise protocols for using sound to modulate brainwave patterns, affect sympathetic-parasympathetic balance, and synchronize the activity of the right and left brain hemispheres. He has applied these methods in stress reduction, cardiovascular disease prevention, management of depression, and a host of other conditions. “It is akin to the picking of a lock on the neurophysiologic processes that the body already uses to heal itself,” said Dr. Primordial Sounds and Self-Awareness Perception of sound begins in the womb, and it begins very early. Physical Resonance Much of Dr. Dr. In 1973, Dr. Dr. A Healer’s Journey

How to Hack Toy EEGs | Frontier Nerds Arturo Vidich, Sofy Yuditskaya, and I needed a way to read brains for our Mental Block project last fall. After looking at the options, we decided that hacking a toy EEG would be the cheapest / fastest way to get the data we wanted. Here’s how we did it. The Options A non-exhaustive list of the consumer-level options for building a brain-computer interface: Open EEG offers a wealth of hardware schematics, notes, and free software for building your own EEG system. The Nerosky MindSet is a reasonable deal as well — it’s wireless, supported, and plays nicely with the company’s free developer tools. For our purposes, though, it was still a bit spendy. Given all of this, I think the Mind Flex represents a sweet spot on the price / performance curve. But first, the inevitable caveat: Use extreme caution when working with any kind of voltage around your brain, particularly when wall power is involved. The Hardware Here’s the basic layout of the Mind Flex hardware. The Hack Parts list: Software list:

Journal of Neural Engineering Dominique M Durand et al 2014 J. Neural Eng. 11 020201 Neural engineers have made significant, if not remarkable, progress in interfacing with the nervous system in the last ten years. In particular, neuromodulation of the brain has generated significant therapeutic benefits [1–5]. EEG electrodes can be used to communicate with patients with locked-in syndrome [6]. Although there are several multichannel arrays described in the literature, the workhorse for these cortical interfaces has been the Utah array [12]. The reasons for this failure are not known but clearly involve the interface between the electrode and the neural tissue. In 2013, two symposia were held independently to discuss this problem: one was held at the International Neuromodulation Society's 11th World Congress in Berlin and supported by the International Neuromodulation Society 1 and the other at the 6th International Neural Engineering conference in San Diego 2 and was supported by the NSF. References

Your Memories Need Their Sleep Ann Whitman (212) 223-4040awhitman@dana.org The big test is tomorrow—should you stay up late and study, or cut short the cram session and get a good night’s sleep? Most if not all students face this dilemma at some point in their lives. Until very recently, their choice might have seemed obvious: stay up and study, to commit as much information to memory as possible. But research now indicates that missing sleep in order to study may well be self-defeating. This issue doesn’t affect only students or business people whose performance depends heavily on memorization. The good news is that researchers may soon find ways to counteract this process, by helping people to sleep better and by developing techniques to strengthen specific memories during sleep. A recent awakeningThere have long been tantalizing hints of the relationship between sleep and memory. But testing the relationship between sleep and memory was and still is tricky. Sleep itself is not a uniform process.

LucidQuest Audio Brainwave Entrainment - Sonic Art &amp; Engineering for the Brain/Mind Changing brains: why neuroscience is ending the Prozac era | Science | The Observer Mice are used in research into optogenetics, which suggests that even finer control of the brain may be possible. Photograph: John B Carnett/Popular Science via Getty Images The psychiatric drug age may have reached its peak. Although mind-altering medications are being prescribed in record numbers, signs of a radically new approach to understanding and treating mental illness are emerging from the deep waters of neuroscience. The starkest indication that drugs are increasingly being thought of as yesterday's cutting-edge comes from the little mentioned fact that almost all the major drug companies have closed or curtailed their drug discovery programmes for mental and neurological disorders. This is largely because these drugs tend not to be very specific in their effects on the brain. In its place is a science focused on understanding the brain as a series of networks, each of which supports a different aspect of our experience and behaviour. Big money has already been committed.

Thoughtstream USB Personal Biofeedback : ThoughtStream Personal Biofeedback <div id="productImageCaption"><a href=" target="PopupImage"> view larger image </a></div> Product Details MindPlace is pleased to offer a USB version of our popular ThoughtStream Biofeedback Performance System. This tool measures the rapid, tiny fluctuations in your skin's electrical resistance known as the Galvanic Skin Response (GSR). When your psychological stress/arousal level increases, skin moisture increases and ThoughtStream USB can help teach you to monitor and control this. With regular practice it is an ideal relaxation training system. Through use, the Thoughtstream learns what sensitivity level works best for you. ThoughtStream USB employs three forms of feedback: 1) Visual: The front panel display starts out all red. The ThoughtStream Biofeedback Performance System is one of the most affordable on the market, yet it allows precise and tailored readings suited for use in your daily life.