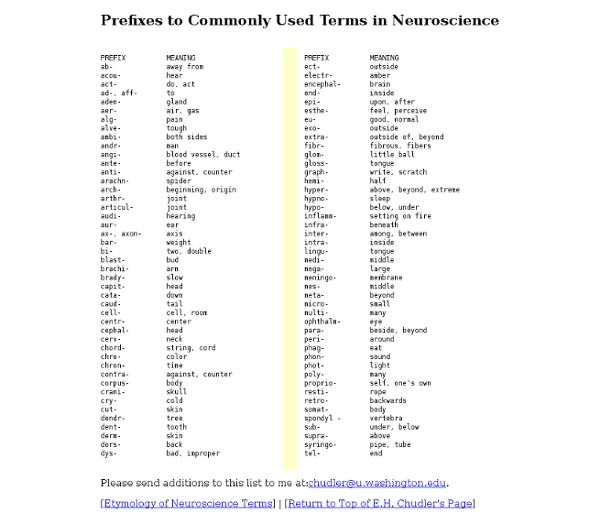 List of cognitive biases Systematic patterns of deviation from norm or rationality in judgment Cognitive biases are systematic patterns of deviation from norm and/or rationality in judgment. They are often studied in psychology, sociology and behavioral economics.[1] Although the reality of most of these biases is confirmed by reproducible research,[2][3] there are often controversies about how to classify these biases or how to explain them.[4] Several theoretical causes are known for some cognitive biases, which provides a classification of biases by their common generative mechanism (such as noisy information-processing[5]). Gerd Gigerenzer has criticized the framing of cognitive biases as errors in judgment, and favors interpreting them as arising from rational deviations from logical thought.[6]

The National Sleep Research Project - 40 amazing facts about sleep -The record for the longest period without sleep is 18 days, 21 hours, 40 minutes during a rocking chair marathon. The record holder reported hallucinations, paranoia, blurred vision, slurred speech and memory and concentration lapses. - It's impossible to tell if someone is really awake without close medical supervision.

Improve Your Google Search Skills [Infographic] - How-To Geek - StumbleUpon Don’t limit yourself to just plugging in simple search terms to Google; check out this infographic and learn a search string search or two. You don’t need to limit yourself to searching just for simple strings; Google supports all manner of handy search tricks. If you want to search just HowToGeek.com’s archive of XBMC articles, for example, you can plug in site:howtogeek.com XBMC to search our site. Get More Out of Google [HackCollege via Mashable] Jason Fitzpatrick is a warranty-voiding DIYer who spends his days cracking opening cases and wrestling with code so you don't have to. If it can be modded, optimized, repurposed, or torn apart for fun he's interested (and probably already at the workbench taking it apart).

Etymologically Speaking... From the old Arabic word "hashshshin," which meant, "someone who is addicted to hash," that is, marijuana. Originally refered to a group of warriors who would smoke up before battle. Aaron White adds: You may want to explore the fact that the hashshshins were somewhat of a voodoo-ized grand conspiracy scapegoat cult (the very fact of their existence is impossible to confirm). They supposedly were a secret society (a la the FreeMasons) which was influential in every middle eastern court from Persia to Bangladesh. They were supposedly a brotherhood of assasins, devoted to their caballa and its secrecy, protected by an unlimited number of fanatical followers and unlimited material wealth.

The Human Brain Cookies on the New Scientist website close Our website uses cookies, which are small text files that are widely used in order to make websites work more effectively. To continue using our website and consent to the use of cookies, click away from this box or click 'Close' Find out about our cookies and how to change them Log in 10 Simple Postures That Boost Performance Psychological research suggests simple actions can project power, persuade others, increase empathy, boost cognitive performance and more… We tend to think of body language as something that expresses our internal states to the outside world. But it also works the other way around: the position of our body also influences our mind. As the following psychological research shows, how we move can drive both thoughts and feelings and this can boost performance. 1.

How to Learn Speed Reading: 21 steps Steps Part 1 Learning to Speed Read <img alt="Image titled Learn Speed Reading Step 1" src=" width="728" height="546" class="whcdn" onload="WH.performance.clearMarks('image1_rendered'); WH.performance.mark('image1_rendered');">1Stop talking to yourself. Almost every reader "subvocalizes," or moves their throat as they imagine speaking the words.[1] This may help the reader remember concepts, but it's also a major barrier to speed.[2][3] Here are a few ways to keep this habit to a minimum: Chew gum or hum while you read.

Ten Principles To Live By In Fiercely Complex Times If you're like most people I work with in companies, the demands come at you from every angle, all day long, and you have to make difficult decisions without much time to think about them. What enduring principles can you rely on to make choices that reflect openness, integrity and authenticity? Here are ten that work for me: 1. Color Psychology by David Johnson Like death and taxes, there is no escaping color. It is ubiquitous. Yet what does it all mean? Why are people more relaxed in green rooms?