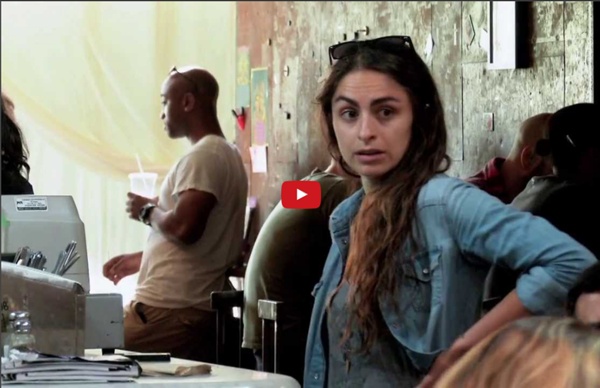 In a bold move, Hampshire College says it will no longer require applicants to take the SATs OR the ACTs Imagine a world with no SATs or ACTs. It would mean no prep courses, no frantically searching for a sharpened #2 pencil, no more Saturday mornings sitting in a classroom trying to find “x” for the twentieth time that day. Students would be accepted to college based on, what, who they are as people? Snoopy flash mob in NYC recreates Christmas special [VIDEO] Dec. 21 (UPI) -- A group of New Yorkers gathered in the streets to recreate the iconic dance scene in "A Charlie Brown Christmas." The dancers were out in full costume, doing the same kooky dances as the children in the cartoon, complete with Linus with his blanket and Schroeder on a teeny tiny piano. And of course Snoopy, the dog himself, makes an appears to get down with the group. [Mashable]

The 6 Most Terrifying Features of Japanese Toilets You're probably already familiar with a toilet. If you're not, it's that poop-eatin' chair in the other room. When you think about it -- and most people, rightly, don't -- a toilet's got a pretty thankless task. The difference between classical and operant conditioning - Peggy Andover As a cognitive-behavioral therapist, Dr. Andover uses empirically-supported techniques to treat clients ranging in age from childhood to adulthood with a variety of presenting problems.Ivan Petrovich Pavlov was a famous Russian physiologist. From his childhood days ,Pavlov demonstrated intellectual brilliance along with an unusual energy which he named "the instinct for research". Pavlov devoted his life to the study of physiology and sciences, making several remarkable discoveries and ideas that were passed on from generation to generation.

14 Things You'll Only Find At A Chinese Walmart It seems like you can find anything at your local Wal-Mart, and most of the products are of course made in China these days. But that doesn’t mean that you’ll feel at home when you walk into a Wal-Mart in China. It’s quite the contrary based on these pictures. After all, China is known for its exotic, if not eccentric, food tastes. Take a look. 1. Stress and the Social Self: How Relationships Affect Our Immune System Relationships, Adrienne Rich argued in her magnificent meditation on love, refine our truths. But they also, it turns out, refine our immune systems. That’s what pioneering immunologist Esther Sternberg examines in The Balance Within: The Science Connecting Health and Emotions (public library) — a revelatory inquiry into how emotional stress affects our susceptibility to burnout and disease.

25 Dad Jokes to Make Your Kids Groan The greatest gift is the gift of laughter. There's nothing more satisfying than sharing a pun on Father's Day. After your kids have given you their hugs and homemade macaroni cards, show them gratitude in the form of a classic dad joke. Why We Fall in Love: The Paradoxical Psychology of Romance and Why Frustration Is Necessary for Satisfaction Adrienne Rich, in contemplating how love refines our truths, wrote: “An honorable human relationship — that is, one in which two people have the right to use the word ‘love’ — is a process, delicate, violent, often terrifying to both persons involved, a process of refining the truths they can tell each other.” But among the dualities that lend love both its electricity and its exasperation — the interplay of thrill and terror, desire and disappointment, longing and anticipatory loss — is also the fact that our pathway to this mutually refining truth must pass through a necessary fiction: We fall in love not just with a person wholly external to us but with a fantasy of how that person can fill what is missing from our interior lives. Psychoanalyst Adam Phillips addresses this central paradox with uncommon clarity and elegance in Missing Out: In Praise of the Unlived Life (public library). Phillips writes: Missing Out, previously discussed here, is a magnificent read in its totality.

Comments Alex Scott Some say that the last cat is still flying. 390 · Today at 1:57am Bob Davies Cats have only been domestic animals for about 100 years. They still rely on powerful instincts for survival.