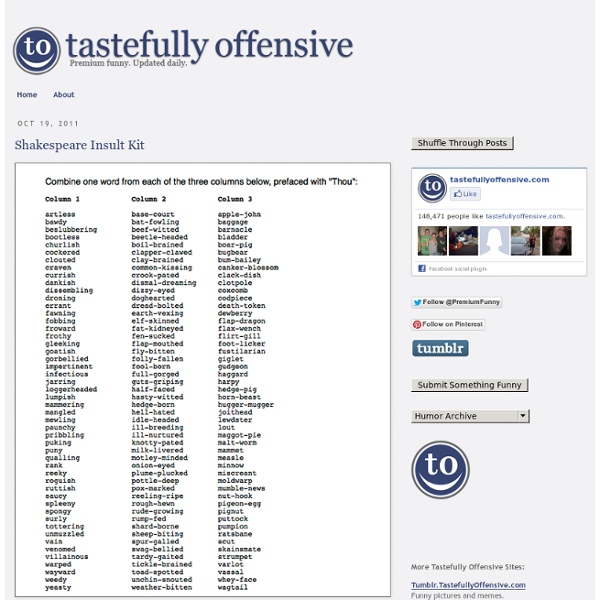 Historically Hardcore - Fake Smithsonian Ads Jenny Burrows and Matt Kappler teamed up to create “Historically Hardcore,” a lovingly crafted series of ads for the Smithsonian that one-up the exploits of modern-day rockers and rappers with tales of historic figures, well, being hardcore. The ads are not official Smithsonian copy, however, but were a portfolio project for both artists. At that, over the past few days they have stirred up a ton of interest in history and in the Smithsonian online, particularly among the younger audience they were trying to reach with their light tone and contemporary references. Mission accomplished, right? Creative Writing For Dummies Cheat Sheet Rewriting and editing helps to tighten up your work. But it can be difficult – what to chop and when to stop may not be clear, and you may change your mind more than once during the process. Ask yourself whether you need to take out: Unnecessary information and explanation. Passages of dialogue that go on too long. Clunky descriptions that give too much detail.

Symptoms You Shouldn't Ignore 3. SHARP PAIN IN THE ABDOMENWhat it feels like: All the metaphors apply—knife in the gut, bullet in the belly, skewer in the stomach—except this attack is from within. What it could be: Since the area between your ribs and your hips is jam-packed with organs, the pain can be a symptom of either appendicitis, pancreatitis, or an inflamed gallbladder. In all three cases, the cause is the same: Something has blocked up the organ in question, resulting in a potentially fatal infection. The "World's Largest" Stop Motion Animation Was Created With A Nokia N8 Less than a year after making the world’s smallest animation, Nokia just ticked off that large, lurking item on the to-do list: conjuring the world’s largest stop motion animation. The new film, Gulp, tells the simple story of a fisherman who gets swallowed by a larger predator. It was shot entirely with the Nokia N8 phone. “Strapping the device to a 40-meter high cherry picker on a massive expanse of beach with gale force winds seemed like a good challenge for the smartphone,” says David Bruno, a creative at Wieden + Kennedy London which created the spot along with directing team Sumo Science, from animation studio Aardman, and sand artist Jamie Wardley, from sand and ice sculpture specialists, Sand in Your Eye. Sumo Science, aka Ed Patterson and Will Studd, director of photography Toby Howell and Wardley, literally fought time and tides over the five-day shoot to complete the painstaking animation process before the sea wiped out their efforts. Watch the Making of Gulp below.

Shoe Design Specifications - Shoes of Prey Go one step further and add an inscription to your fab shoes. A custom message, a name or an auspicious date stamped alongside the Shoes of Prey insignia transforms your shoes into a truly personalised keepsake! To add your own personal inscription to your shoes, select it in Your Order Summary at the checkout. M and Ms Combat Whenever I get a package of plain M&Ms, I make it my duty to continue the strength and robustness of the candy as a species. To this end, I hold M&M duels. Taking two candies between my thumb and forefinger, I apply pressure, squeezing them together until one of them cracks and splinters. That is the "loser," and I eat the inferior one immediately. The Best Music for Writing, Reading, and Studying – StudySuccessful This is a guest post by the writing team of BusinessInsuance, if you would like to feature a guest post send me an email! I know. Not everyone prefers listening to music while studying or reading or writing or creating art or whatever. But I think most of us can agree that it’s nice to have music around for activities like these. They can help set a pace for your project, break up the monotony, and (in their greater moments) inspire us.

60 Small Ways to Improve Your Life in the Next 100 Days Contrary to popular belief, you don’t have to make drastic changes in order to notice an improvement in the quality of your life. At the same time, you don’t need to wait a long time in order to see the measurable results that come from taking positive action. All you have to do is take small steps, and take them consistently, for a period of 100 days. Below you’ll find 60 small ways to improve all areas of your life in the next 100 days.

Heart Chakra Blockages Blockages can manifest as immune system or heart problems, or a lack of compassion. Characteristics of a blocked heart chakra include fear of rejection, feeling unworthy of love or loving too much. If there is blockage in the heart chakra, you may feel unworthy of love and skeptical of anyone who wants to love you (and paranoid that you will wind up hurt, yet again), or your love relationships may be completely co-dependent. You've probably experienced one or more of the following; shaming, authoritarianism, volatile situations, domination of will, physical abuse, dangerous environment, fear of punishment, enmeshment, age inappropriate responsibilities or inherited shame from parent.