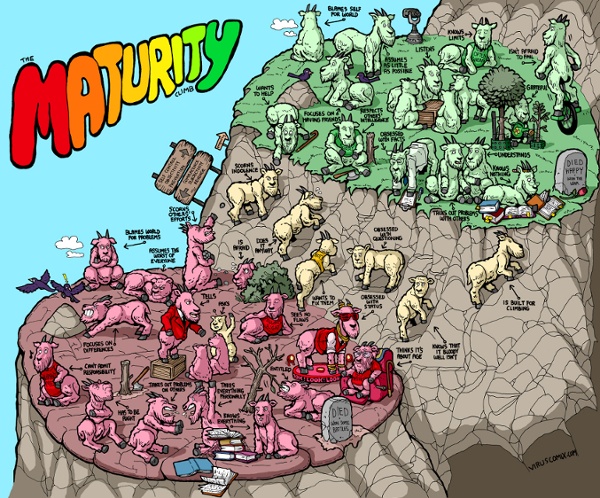 Lesbian Sex Positions For Dummies A girl's got to start somewhere hasn't she!? I'm sure we've all been in situations where we're left wondering what exactly the side-show contortionist we've hastily bedded is trying to achieve as she vaults across the room via the chandelier (what can I say, the décor at my house is a little pretentious!). Let's face it; it doesn't always quite go to plan. I for one have ended up in many an unladylike position, some of which have ended painfully; not a heartbroken sobbing wreck, but more like concertinaed into the splits and wedged between a wall and a bed. Believe me; nobody looks pretty from that angle! So, here are a few basics as a refresher for us all and as some handy (no pun intended) hints and tips for you lovely ladies who haven't given it a bash yet...

25 Napping Facts Every College Student Should Know Written By: Angelita Williams It's almost cruel the way adults ease children into life outside of the house. They got us on board with the whole going to school thing by letting us take naps in pre-school. China vs United States As we discussed in yesterday’s post, whether the United States and China like it or not, the economic futures of both countries are intertwined. Everyone knows that China’s got more people and that its importance as an economic superpower has escalated in recent years. What you might not understand is how the differences between our countries, in economic philosophy, in population, in geography and in how the military is built and paid for ultimately play into the entire economic relationship. For many China remains something of a mystery. In order to help compare and contrast the economic differences, we have simplified the data from the CIA World Factbook. For the exact numbers in any category, check here.

11 Things Everyone Needs You to Know “One love, one heart, one destiny.” -Bob Marley A silhouette of a human being stands before you. Perhaps an old friend. Perhaps a neighbor. The Dalai Lama’s 18 Rules For Living May 6, 2011 | 42 Comments » | Topics: Life, List At the start of the new millennium the Dalai Lama apparently issued eighteen rules for living. Since word travels slowly in the digital age these have only just reached me. Page 7 Spirituality Stories Spirituality Is For Those Who Have Already Been There Page1 23 "Religion is for those who are afraid of going to hell. Spirituality is for those who have already been there." Cheryl's Home Webrings

Is College Really Worth It? Is going to college really worth it? Probably so, but it's not that clear cut, and economics have been arguing the point for 30 years. Most studies tend to show that college-educated people end up making far more money in the course of their lifetimes. (The niggle: Usually, it's not worth paying for a private university.) Still, that evidence isn't totally cut and dry: What do you really learn in college? 25 Beautifully Illustrated Thought-Provoking Questions A question that makes you think is worth asking… At the cusp of a new day, week, month, or year, most of us take a little time to reflect on our lives by looking back over the past and ahead into the future. We ponder the successes, failures and standout events that are slowly scripting our life’s story. This process of self reflection helps us maintain a conscious awareness of where we’ve been and where we intend to go.

Thinking like a genius: overview Thinking and recall series Problem solving: creative solutions "Even if you're not a genius, you can use the same strategies as Aristotle and Einstein to harness the power of your creative mind and better manage your future." The following strategies encourage you to think productively, rather than reproductively, in order to arrive at solutions to problems.

You have a good point, roxyriley, it would be an excellent exercise to have people grow by reflecting on the ideas presented in the image representing the maturity climb from viruscomix. What ways would you think would be the best to get that image in front of people who aren't actively looking for such a thing? by mindsleight Dec 18

what a good interpretation! I think everyone should look at this and reflect what they could improve on by roxyriley Dec 17