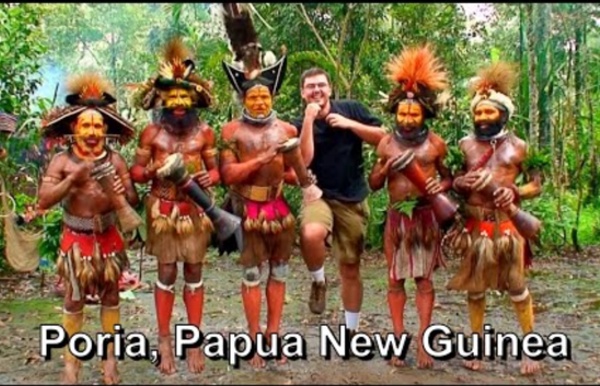 To Dance Is a Radical Act To dance is a radical act. To think about dance, to study dance, or to practice dance in this 21st century is a radical act. Why? Because if dancing matters—if dancing makes a difference to how we humans think and feel and act-then dancing challenges the values that fund modern western cultures. How so? 1. . 50 Positive Character Traits for the Workplace By Brandon MillerMonster Generation Y Contributing Writer People are so used to expressing themselves nowadays. They plaster captioned photos on Facebook, post their innermost thoughts to Wordpress, and outline entire work histories on LinkedIn. And yet, so many Canadians find it difficult to talk about themselves in the one instance where it’s unabashedly necessary: in an interview. Whereas one might describe his or herself as “carefree and compassionate” on a first date, there exists no such trait keywords for interviews. That’s why it’s essential to take simple adjectives and turn them into skills that can be transferred to the job at hand.

Minds are as clever as they will ever be, say scientists It’s all downhill from here â we are as clever as we are ever going to be, scientists have concluded. If our brains were to evolve any further, it would increase the risk of disorders such as autism. Our grey matter has hit an evolutionary âsweet spotâ â with theÂ perfect balance between high intelligence and a balanced personality. But scientists claim that, if our brains did become more advanced, we would be more likely to develop disorders such as autism or synaesthesia, where several senses âjoin togetherâ and are indistinguishable. Becoming super-intelligent would also increase the chances of us concentrating too hard on tiny details of life and missing the wider picture.

Why our minds have probably evolved as far as they can go SExpand OK..this is going to sound like I am tooting my own horn...but this is my experience, and all experiences are equally valid right? I have an almost photographic memory. I remember almost everything I pay attention to. I can tell your the fifth word on page 138 or the current edition of Starship Troopers for example. Australia History and Timeline Overview History >> Geography >> Oceania >> AustraliaAustralia Timeline Thousands of years before the arrival of the British, Australia was settled by the indigenous people of Australia called the Aborigines. This timeline begins when the Europeans first arrived.

1. Dangers of Crying It Out Letting babies "cry it out" is an idea that has been around since at least the 1880s when the field of medicine was in a hullaballoo about germs and transmitting infection and so took to the notion that babies should rarely be touched (see Blum, 2002 , for a great review of this time period and attitudes towards childrearing). In the 20 th century, behaviorist John Watson (1928), interested in making psychology a hard science, took up the crusade against affection as president of the American Psychological Association. He applied the mechanistic paradigm of behaviorism to child rearing, warning about the dangers of too much mother love. The 20 th century was the time when "men of science" were assumed to know better than mothers, grandmothers and families about how to raise a child. Too much kindness to a baby would result in a whiney, dependent, failed human being. Funny how "the experts" got away with this with no evidence to back it up!

The Courier Mail To use this website, cookies must be enabled in your browser. To enable cookies, follow the instructions for your browser below. Facebook App: Open links in External Browser There is a specific issue with the Facebook in-app browser intermittently making requests to websites without cookies that had previously been set. Group settings can diminish expressions of intelligence, especially among women In the classic film 12 Angry Men, Henry Fonda's character sways a jury with his quiet, persistent intelligence. But would he have succeeded if he had allowed himself to fall sway to the social dynamics of that jury? Research led by scientists at the Virginia Tech Carilion Research Institute found that small-group dynamics -- such as jury deliberations, collective bargaining sessions, and cocktail parties -- can alter the expression of IQ in some susceptible people. "You may joke about how committee meetings make you feel brain dead, but our findings suggest that they may make you act brain dead as well," said Read Montague, director of the Human Neuroimaging Laboratory and the Computational Psychiatry Unit at the Virginia Tech Carilion Research Institute, who led the study. "We started with individuals who were matched for their IQ," said Montague. The researchers recruited subjects from two universities and administered a standard test to establish baseline IQ.

France’s Elisa Detrez wins Best Job in the World - Queensland Blog on June 21, 2013 at 1:00 am After four intensive days of on-location challenges, we’re proud to announce Elisa Detrez from Paris as Queensland’s new Park Ranger. After wiping out more than 330,000 applicants from 196 countries and raising publicity and support for her application, Elisa and two other finalists arrived in Queensland last Thursday for a packed schedule of challenges including reef snorkelling, rainforest zip-lining and social media assignments. And it may be the Best Job in the World, but it’s not your average 9-5 gig. Science overturns view of humans as naturally 'nasty' Biological research increasingly debunks the view of humanity as competitive, aggressive and brutish, a leading specialist in primate behavior told a major science conference Monday. "Humans have a lot of pro-social tendencies," Frans de Waal, a biologist at Emory University in Atlanta, told the annual meeting of the American Association for the Advancement of Science. New research on higher animals from primates and elephants to mice shows there is a biological basis for behavior such as cooperation, said de Waal, author of "The Age of Empathy: Nature's Lessons for a Kinder Society." Until just 12 years ago, the common view among scientists was that humans were "nasty" at the core but had developed a veneer of morality -- albeit a thin one, de Waal told scientists and journalists from some 50 countries.

Best Jobs in the World winners announced by Tourism Australia AFTER a week road-testing Australia's best travel experiences the winners of the Best Jobs in the World contest have been named, with reactions that ranged from &quot;merci&quot; to &quot;blimey!&quot;. The excited winners will begin their roles, which last six months and come with a $100,000 salary package, around the country later this year Greg Snell from Canada (pictured below swimming with a sea lion at Hopkins Island on the Eyre Peninsula) was named in the role of wildlife caretaker in South Australia.