How to Change Education - from the ground up 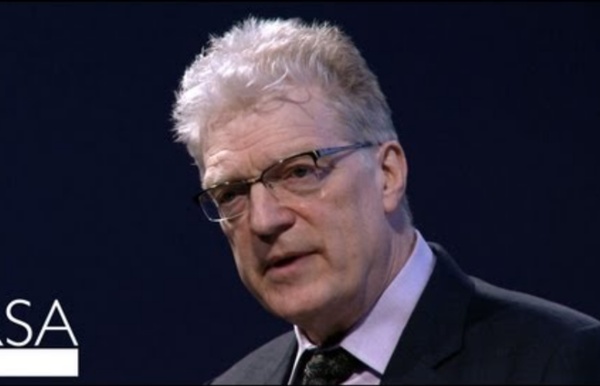 Montessori Curriculum Piaget Kids R Kids As demonstrated by the renowned psychologist, Jean Piaget, children learn best through play, so at Kids 'R' Kids Learning Academies we've developed hands-on learning experiences for all levels of learners. Our curriculum meets the standards for NAEYC, the National Association for the Education of Young Children, while remaining fun and flexible for every child. So who were Montessori and Piaget? Jean Piaget was a Swiss psychologist who identified different stages of mental growth of children.

The secrets of the world's happiest cities Two bodyguards trotted behind Enrique Peñalosa, their pistols jostling in holsters. There was nothing remarkable about that, given his profession – and his locale. Peñalosa was a politician on yet another campaign, and this was Bogotá, a city with a reputation for kidnapping and assassination. When did university become a factory? - Comment - Voices Some of this can be blamed on the academic establishment, most on those who run the country – big business and politicians, fanatical proponents of Orwellian instrumentalism, the processing of young people into workers, strivers, androids. Propaganda for university education has a number attached: you will be this much more likely to get jobs, earn this much more than those simple-minded saddos who go for NVQs, live this much longer, etc. Universities used to be gateways to infinite possibilities, places of free thought and experimentation where young men and women could define and find themselves, expand their maturing minds, argue, develop ideas and interrogate beliefs. Now they are expected to be maniacally focused on degrees that lead to jobs, the repayment of the fee loan and cut-throat competition. My own daughter is halfway through university and planning the future with a seriousness that will, of course, give her direction, but it is too much, too soon.

How to Stop Procrastinating by Using the “Seinfeld Strategy” Jerry Seinfeld is one of the most successful comedians of all‐time. He is regarded as one of the “Top 100 Comedians of All–Time” by Comedy Central. He was also the co–creator and co–writer of Seinfeld, the long–running sitcom which has received numerous awards and was claimed to have the “Top TV Episode of All–Time” as rated by TV Guide. The Ever-Shrinking Role of Tenured College Professors (in 1 Chart) - Jordan Weissmann For almost 40 years, we've been witnessing the rise of the adjuncts. (Reuters) Once, being a college professor was a career. Today, it's a gig. That, broadly speaking, is the transformation captured in the graph below from a new report by the American Association of University Professors. Since 1975, tenure and tenure-track professors have gone from roughly 45 percent of all teaching staff to less than a quarter.

10 Years of Silence: How Long It Took Mozart, Picasso and Kobe Bryant to Be Successful 3.1K Flares Filament.io 3.1K Flares × How long does it take to become elite at your craft? And what do the people who master their goals do differently than the rest of us? That’s what John Hayes, a cognitive psychology professor at Carnegie Mellon University, wanted to know.

Teach to the Test? Just Say No Click the "Endnotes" link above to hide these endnotes. 1Kleinschrodt, M. H. (2006, April 8). Lessons learned. The Times-Picayune. Japanese villages share their secrets for living longer - Protection now - AXA - BBC Good genes, diet and universal healthcare keep Japan at top of longevity tables. Japanese are renowned for their longevity, with the country regularly topping life expectancy tables. Now, the two villages where people live longer than anywhere else have met to exchange notes on how to live even longer. How Standardized Testing Damages Education (Updated July 2012) How do schools use standardized tests? The No Child Left Behind (NCLB) era has seen an unprecedented expansion of standardized testing and test misuse. Despite ample evidence of the flaws, biases and inaccuracies of standardized exams, NCLB and related state and federal policies, such as Race to the Top (RTTT) and the NCLB waivers, have pressured schools to use tests to measure student learning, achievement gaps, and teacher and school quality, and to impose sanctions based on test scores. This is on top of using tests to determine if children are ready for school; track them into instructional levels; diagnose learning disabilities, retardation and other handicaps; and decide whether to promote, retain in grade, or graduate. School systems also use tests to guide and control curriculum content and teaching. Aren't these valid uses of test scores?

The Internet With A Human Face - Beyond Tellerrand 2014 Conference Talk Anyone who works with computers learns to fear their capacity to forget. Like so many things with computers, memory is strictly binary. There is either perfect recall or total oblivion, with nothing in between. It doesn't matter how important or trivial the information is. The computer can forget anything in an instant.

The National Academies Press Overview Authors Michael Hout and Stuart W. Elliott, Editors; Committee on Incentives and Test-Based Accountability in Public Education; National Research Council Description Science fiction: How not to build a future society Science fiction films have many warnings for us – not least, how the road to a perfect future society is fraught with peril. Quentin Cooper loads up the DVD player to see what lessons we can learn. Science-fiction films sometimes offer us a future so bright we’ve got to wear shades. But mostly we’re deluged with visions of tomorrows far bleaker than today, from wildly unlikely “what if?”